Avengers: Endgame is out this weekend; pop a Xanax, bring some tissues, and strap in for one hell of a ride.

No plot summary needed. We’re in the endgame now.

So right off the bat, throw your expectations for this movie out the window. The Russo Brothers know what you’re expecting. They know what ideas have been circulating around the internet for the past few years. And they don’t care.

Whereas Infinity War was a bleak race against the inevitable, Avengers: Endgame is big superhero fun. That’s not to say the movie’s not heavy. It gets about as heavy as Thor’s hammer at times. But it also provides a ton of epic action and character moments that will leave you grinning like a ten-year-old reading Jim Starlin’s Infinity Saga.

This has been said before, many times, but it never felt as true as it does for Endgame: this film feels like a comic book come to life. 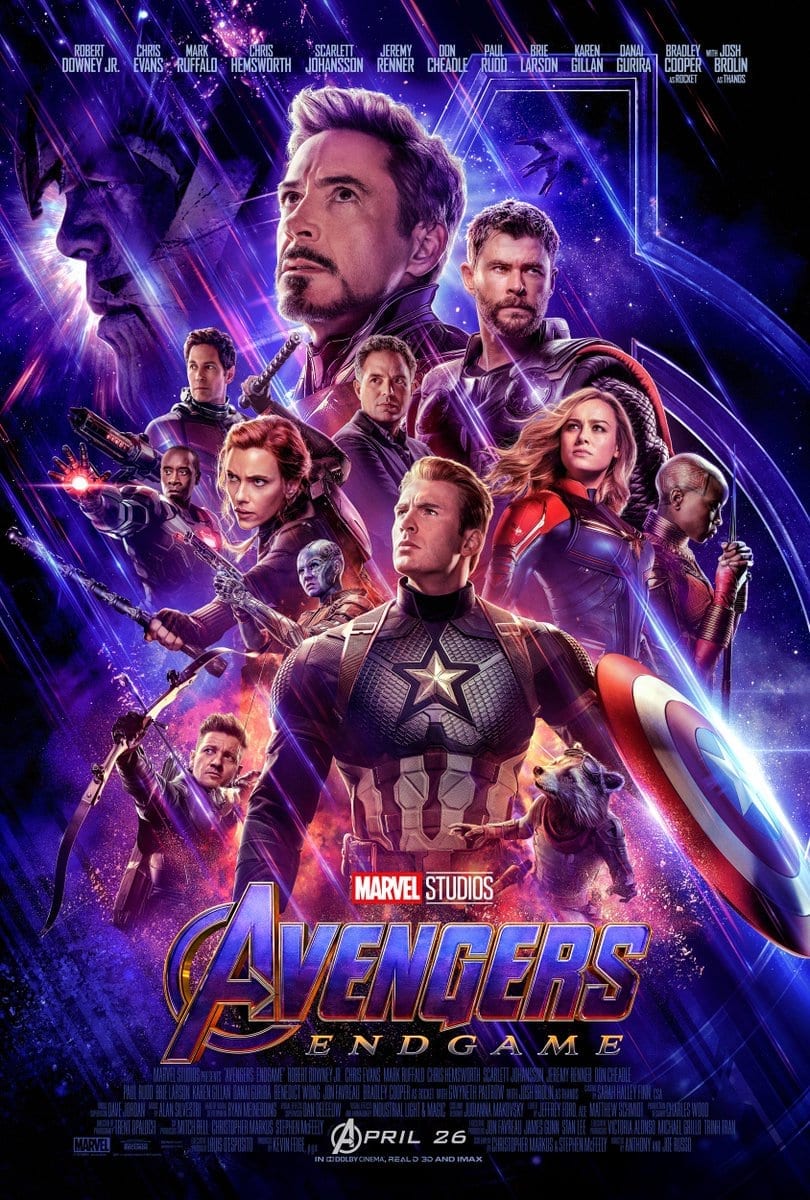 Endgame is a celebration of the last eleven years. The Russo Brothers and screenwriters Christopher Markus and Stephen McFeely pay tribute to just about everything that this film was built on. They absolutely reward Avengers fans who have invested their time, their money, and – most of all – their hearts into these characters. (And if you’re thinking, “Well Infinity War already did that,” Endgame is prepared to show you what a true reward is.)

Again though, it’s not all fun and games. When this movie wants to bring the heart, it brings it hard and mercilessly. The filmmakers strike a balance and keep you on a roller coaster ride of emotion. Speaking personally, many tears were shed on this one, of all kinds.

It’s not a perfect movie, though, by any means. The pacing isn’t as smooth as it was for Infinity War. At three hours long, there are some structural problems that cause the movie to drag at times. And sure, there are some moments that don’t land, and maybe some story choices that feel weird, but by the time the third act starts, you won’t care about any of that. Endgame‘s finale is what you’re paying admission to see, and it’s fulfilling in every sense of the word. The sense of achievement you feel at the end of this movie outweighs any nitpicks you have with it.

Every actor gives 100% on this one, but a special shoutout goes to Robert Downey Jr. He started this series (along with Jon Favreau and a slew of brilliant actors and filmmakers). Without Iron Man, none of this happens. Downey gives what may be the performance of his life in Avengers: Endgame, one full of heart and the humor we’ve come to know and love. He respects the fans of this franchise so much, because he knows where he would be without them, and he wants to give them the satisfaction they deserve after all this time.

An era comes to a close with Avengers: Endgame. Bravo to the actors and filmmakers who have committed to this series, and who treated this world of capes and heroes with love and respect.