FFF 2019 – Review: ALWAYS IN SEASON Is A Well-Meaning But Messy Documentary

Always in Season is a new documentary film directed by Jacqueline Olive. The movie explores the history of lynching of African-Americans in relation to a 2014 case in which a 17-year-old boy is found hanging from a swingset and his family claims it to be a lynching, not a suicide. It debuted at the 2019 Sundance Film Festival and played at the 2019 Florida Film Festival.

The film’s ultimate message is a positive one, but it is also one that could have been delivered in a much more concise and entertaining short. The movie bites off more than it can handle, trying to balance three different storylines rather than evaluating the main story with the level of depth it deserved. Had the film been a thirty to forty minute short about only the 2014 case, it could have been a strong awards contender. As is, the movie is going to get left in the dust.

It’s a shame that the film felt the need to incorporate subplots because the main story is so interesting. The appeal of true crime documentaries is on the rise as of late, so this movie very easily could have capitalized on that trend with a true story that didn’t need to be sensationalized to be fascinating. However, despite the fact that the story is interesting on its own, the film still doesn’t do a good enough job of exploring it. Only a brief amount of time is spent investigating the evidence in either direction.

One of the subplots is an attempt to tie the main story into the historical context in which it is rooted, and it largely fails at doing that. This story takes the form of various documents being read by Danny Glover. Although Glover’s voice is great and can make anything sound intriguing, not enough time is spent with this story for it to be of any particular impact. Suddenly, the movie will cut into Glover’s narration and you will almost forget that this was even a part of the film. 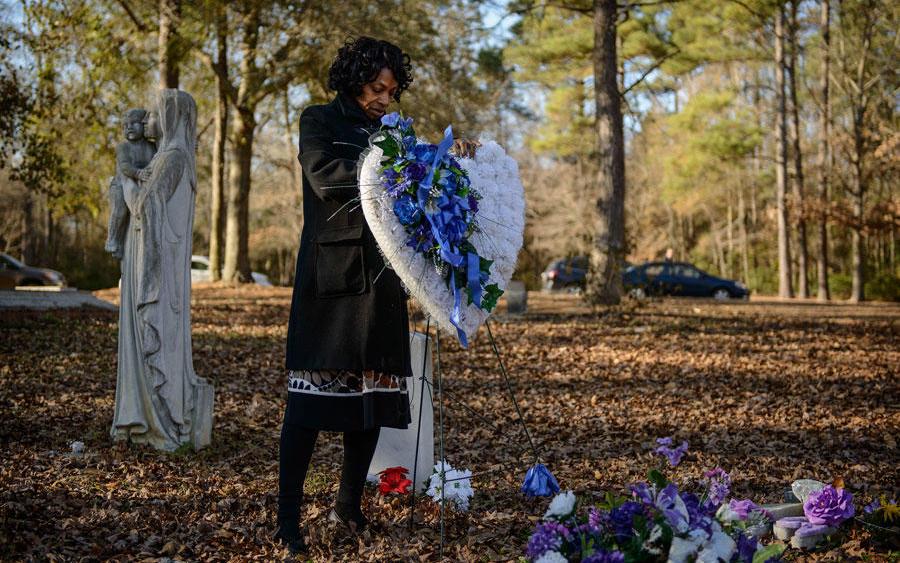 That being said, the most frustrating part of the movie is undoubtedly the subplot involving the group of people who get together every year to perform a reenactment of a famous historical lynching. The message of this part of the film is abundantly clear — you need to learn from mistakes made in the past — and delivered within the first minute or so you are with these people. These parts of the movie stretch on and on and you will begin to groan every time the film cuts to them.

Also frustrating is the fact that the filmmaker seemed to have no idea how to conduct a good documentary-style interview. The interviews in the movie felt more like a part of a news piece in which the subjects are delivering brief bits of information. The documentarian obviously wanted to get more out of them, like having them discuss their emotions, but this does not occur. Additionally, the interviews aren’t particularly well-shot, many of them being out of focus or poorly-framed.

On a technical level, the film was also rather disappointing. The editing of the movie feels overly choppy and disjointed. Since the film is trying to jump between these three storylines, the movie will often stop in the middle of a thought in one storyline and shift to the other. Perhaps the film thought that this would be a good way of building suspense, but it doesn’t work regardless. The movie is hectic, unsatisfying, and messy.

Overall, Always in Season was a very disappointing documentary. Although the story that inspires it has a lot of potential, the film is so frustratingly messy that it isn’t worth watching.

Always in Season is now playing at the Florida Film Festival.