Chained for Life is a new comedy film written and directed by Aaron Schimberg. The movie follows a photogenic moviestar (Jess Weixler, Teeth) who must come to terms with her disfigured co-star (Adam Pearson, Under the Skin) while working on a European director’s English-language debut. It has played at festivals including the 2018 Fantastic Fest and the 2019 Florida Film Festival.

This film has to have one of the most positive and inspiring messages to come out of any movie that has played at the festival or even in general theaters this year. The main point of this film is inclusivity, and it does a great job of delivering that statement without feeling too preachy or on-the-nose. Additionally, the movie itself offered ample opportunities for the employment of disabled and underrepresented actors, which is admirable in and of itself.

As a fan of film, the story is undeniably interesting and offers plenty of interesting and thought-provoking moments. Portrayal of disabilities in the media has always been a problematic topic, and this story tackles that theme in an effective and entertaining way. The multi-layered narrative is very fun and creative, although there are a few moments that could have used a bit more clarity.

The characters in the movie are extremely well-developed. It is rare to see a disabled character portrayed in a way that is as nuanced and humanistic as this. Usually, a disabled person is either portrayed as a victim or a monster, and this film does not corral the lead into either of these. Instead, he is shown with all of his personality flaws in full display, making him likable and sympathetic. His relationship with the other lead character is quite intriguing as well. 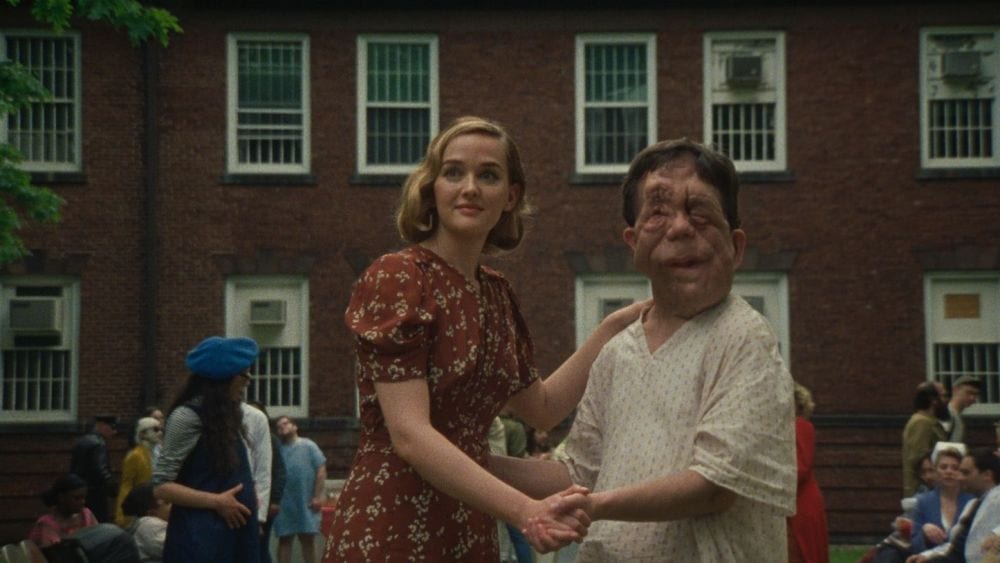 However, the movie would have benefitted from playing off of some of the emotional moments more intensely. There are plenty of scenes that could have been far more impactful, particularly involving the relationship between the two leads. That being said, the ending works extremely well, hitting much harder than you would expect given the beginning of the film.

The movie as a whole has a sense of dry, dark humor about it that is extremely entertaining. Not everyone is going to pick up on or enjoy the humor, but those who do are likely to find it to be hilarious. A majority of the movie’s humor comes from the satire about the industry’s treatment of disabled people. As such, those who are well-versed in film history are sure to find plenty to laugh about.

The acting in the movie is undeniably the best part. Unfortunately, Hollywood’s bias towards attractive stars results in tremendous talents like Pearson being left in the dust, but thankfully, movies like this give them the chance to shine. Pearson’s performance is absolutely phenomenal and full of emotional nuance. It is one of the best male performances of the year so far and will likely end up gracing my end-of-the-year favorites list. He is complemented very well by Weixler, and their chemistry together is phenomenal. They truly light up the screen when they appear together.

On a technical level, the film is also extremely impressive. The cinematography is absolutely beautiful. Some of the shots and compositions in the movie are absolutely breathtaking, like the last shot in the film that takes place in a bus. This is one of the best compositions of the year. The ways in which the filmmaker played with lighting are also impressive, particularly during a scene which features the disabled lead stepping out of the shadows.

Overall, Chained for Life was a very impressive movie. There are a few moments that could be a tad confusing, but for the most part, it is a brilliant film that has its heart in the right place. Keep this one on your radar.

Chained for Life played at the 2019 Florida Film Festival.