Granny Poetry Club is a new documentary film directed by Jae-Hwan Kim. The movie follows a group of Korean senior ladies who set out to learn the Korean language in their old age because they grew up in the Japanese rule of Korea in which the teaching of the Korean language was banned in schools. It played at the 2019 Florida Film Festival.

The story behind the film is definitely very interesting, as it ties into the political history of Korea, although the movie sadly never explores these aspects of the story. Instead, the film plays out more like a cute little fluff piece, which is fine, but not as interesting as it could have been. If you don’t think that watching elderly people learn Korean is interesting, then the movie won’t be very interesting to you.

That being said, the film does have quite a bit of humor. The “grannies” get into some humorous hijinks at times, and it is entertaining to watch them goof around. There is also some humor in the times in which we watch them take their classes. It is somewhat funny to see old women sitting in a classroom setting anyway, but the sense of humor they have about it adds even more.

In terms of emotion, the movie feels like it doesn’t hit the beats that it likely should. Had the film spent more time developing the characters’ relationships with their families, there would have been more resonance and the story would have connected much more with the audiences. As is, the story feels somewhat obscure and distant. Additionally, the movie should have developed each of them more individually, rather than as a group. 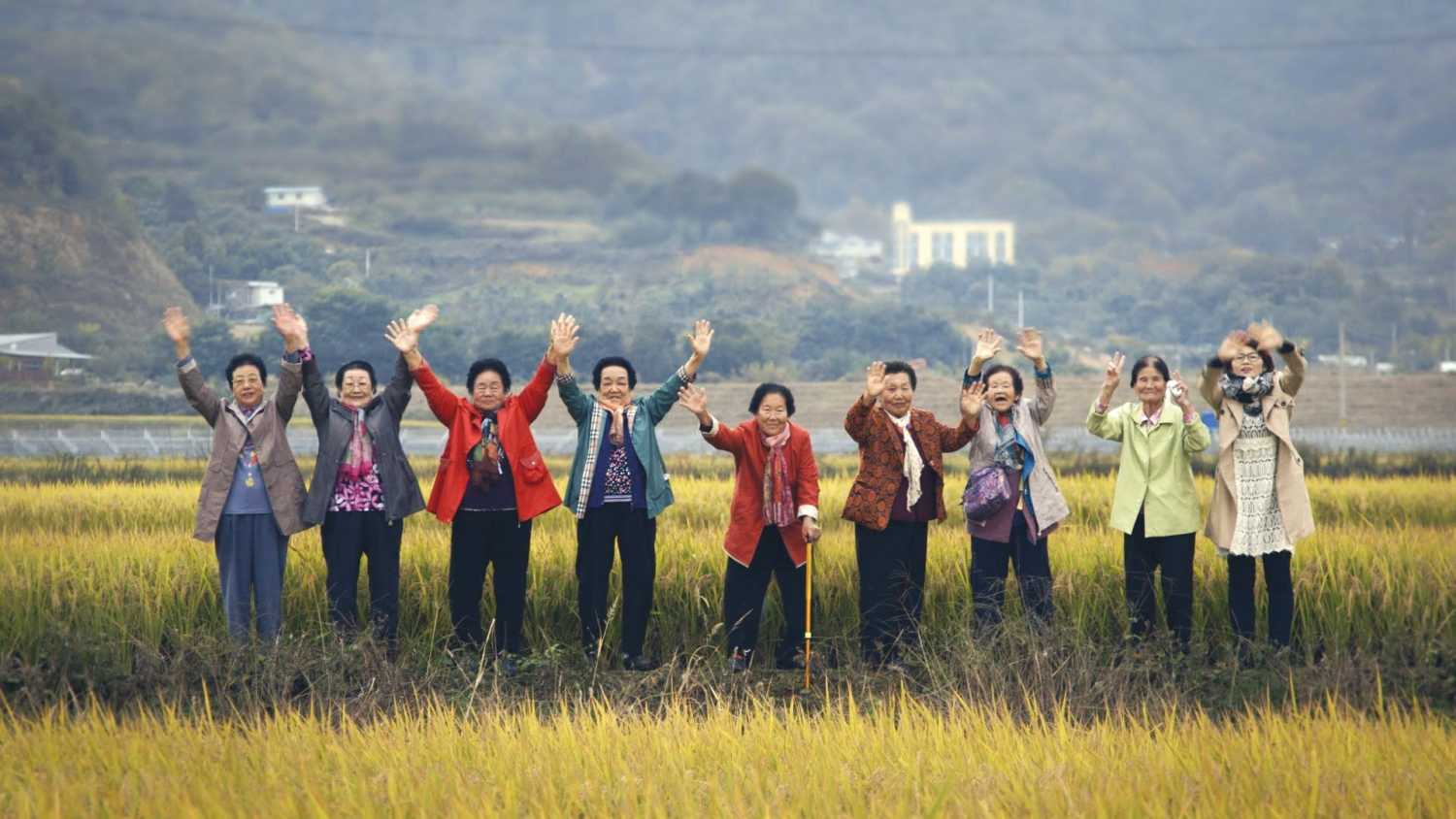 One part of the story that doesn’t make a whole lot of sense is the poetry. The story of the film is about the “grannies” learning Korean, but where does the poetry come in? Did they learn to write poetry as a part of their Korean classes? We never see that. Also, why are the translations in broken English? Did they learn English too? More explanation on this front would have been appreciated.

The pacing of the movie is solid enough, although it is unlikely to keep the interest of those who do not find joy in simply watching and learning about other cultures. There really isn’t that much going on in the film, apart from one portion later in the movie in which one of the “grannies” enters into a local singing competition. This is, by far, the most entertaining and exciting part of the film.

On a technical level, the movie is mostly impressive. The cinematography is very good, often taking advantage of some of the more picturesque Korean scenery to catch the eye. The use of extremely long shots in which the subjects are walking along in the background is effective and aesthetically appealing. Furthermore, the score is great, fueled by Eastern rhythms and melodies.

Overall, Granny Poetry Club was a solidly-made documentary for what it was, but it won’t be for everyone. It’s a cute little story that was turned into a cute little movie. If you are looking for anything else, you will be disappointed.