FFF 2019 – Review: POSTAL Has One Of The Best Scripts Of The Year So Far

Postal is a new dark comedy film written and directed by Tyler Falbo. For all those Uwe Boll fans out there, this is not at all related to the 2007 action-comedy — this is actually good. This movie tells the true story of a man whose life takes an unusual turn over the course of a customer service phone call in which he is trying to track an engagement ring that was lost in the mail.

It is really hard to believe that this film is based on a true story because of how crazy it is, but hey, it takes place in Florida, and a dude got his face eaten off in Florida one time, so it may not be as far-fetched as it seems. This truly is the ultimate “Florida Man” story, and it is best to leave the surprises the story has a secret, but just know that this is one of the most insane stories you will ever see.

If you have a dark and demented sense of humor, and many of us do even if we don’t like to admit it (you know you have a sweet spot for watching people wipe out on America’s Funniest Home Videos or similar shows), you will likely find this movie to be hilarious from start to finish. This film features some of the tightest, wittiest dialogue out of any movie to come out this year so far. The pace is very rapid-fire and the runtime is short, so it is dense with humor and thrills.

One of the reasons the film works so well is that the character development is great. The protagonist, Phillip Tress, is very compelling and sympathetic. As the movie goes on and you learn more about him, you start to pity him more and more. He is a great example of a Byronic hero. The supporting character Kevin is also very well-developed, the relationship between him and Phillip being quite interesting and enjoyable. 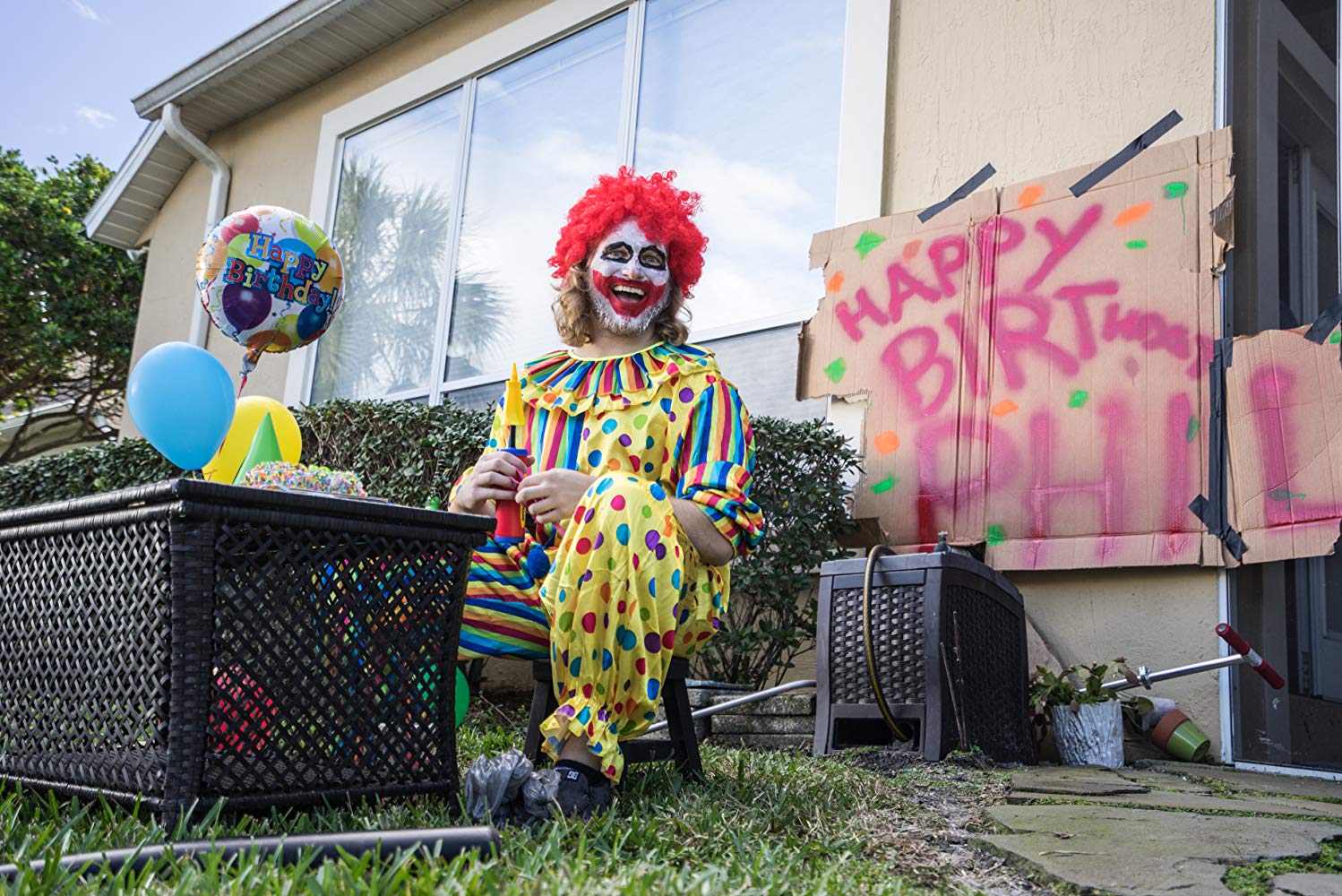 However, despite all the wacky “Florida Man” stuff, the film is heavily based in emotion. The way in which the movie builds sympathy for the characters is super interesting. The first half of the film is compelling for one reason, and then there is a sudden shift and the movie becomes much more subtle and nuanced. As such, the film is able to be both entertaining and resonant.

The acting in the movie is part of what drives this home. Michael Shenefelt does an excellent job as the protagonist. He nails the physical comedy, but it is in the quieter, more emotional moments where he really shines. If this film catches on like it should (and hopefully it will), Shenefelt has the potential to be a breakout, as his talent is evident. Supporting actor Eric Vega is very funny too, stealing the scene a handful of times.

On a technical level, the movie was extremely impressive. The film has a level of energy to it that is truly astounding. Usually, when a movie goes for such a non-stop level of high intensity, it becomes overwhelming, but this film manages to rein it in and stay fresh and fun. The cinematography and editing both move the story along at a brisk pace. Additionally, the practical effects when the movie gets craziest are great.

Overall, Postal is a really great dark comedy. It has one of the best scripts of the year so far, filled with brilliant dialogue and excellent character development. Although it doesn’t have distribution yet, this is one you will definitely want to keep on your radar because it will be making a big splash.