We Used to Know Each Other is a new romantic drama film co-written and directed by Robert G. Putka. The movie tells the story of a couple in a long-distance relationship who decide to move in together, only to discover that everything is not what it seems. It made its U.S. debut at the 2019 Florida Film Festival.

The core story of the film has so much potential to be a great melodrama. Movies about long-distance relationships are typically strife with drama, and while that is still certainly the case with this film, it is not done in a way that is particularly interesting or unique. The movie feels like it is trying too hard to be realistic, and as a result, it instead feels unnatural and it becomes very obvious that you are watching a movie.

The filmmakers seemed to have no understanding of how to pace their film, or simply couldn’t decide what they wanted it to be. The beginning of the movie is quick and bouncy, and the end is drawn out and uncomfortable. Both of those parts work relatively well. It is the middle of the film that isn’t as effective, as it is in an unusual grey area that isn’t exactly slow but isn’t particularly entertaining either. Despite the extremely short runtime, the movie is exhausting because of the tonal shifts.

Another issue with the film is that the characters aren’t particularly likable. Hugo is selfish and Amanda is annoying. At first, it seems like this may be the point of the movie, but as the story progresses, it becomes clear that we are supposed to sympathize with these characters. It is hard to get behind characters that are completely self-centered and don’t seem to be a good match at all. 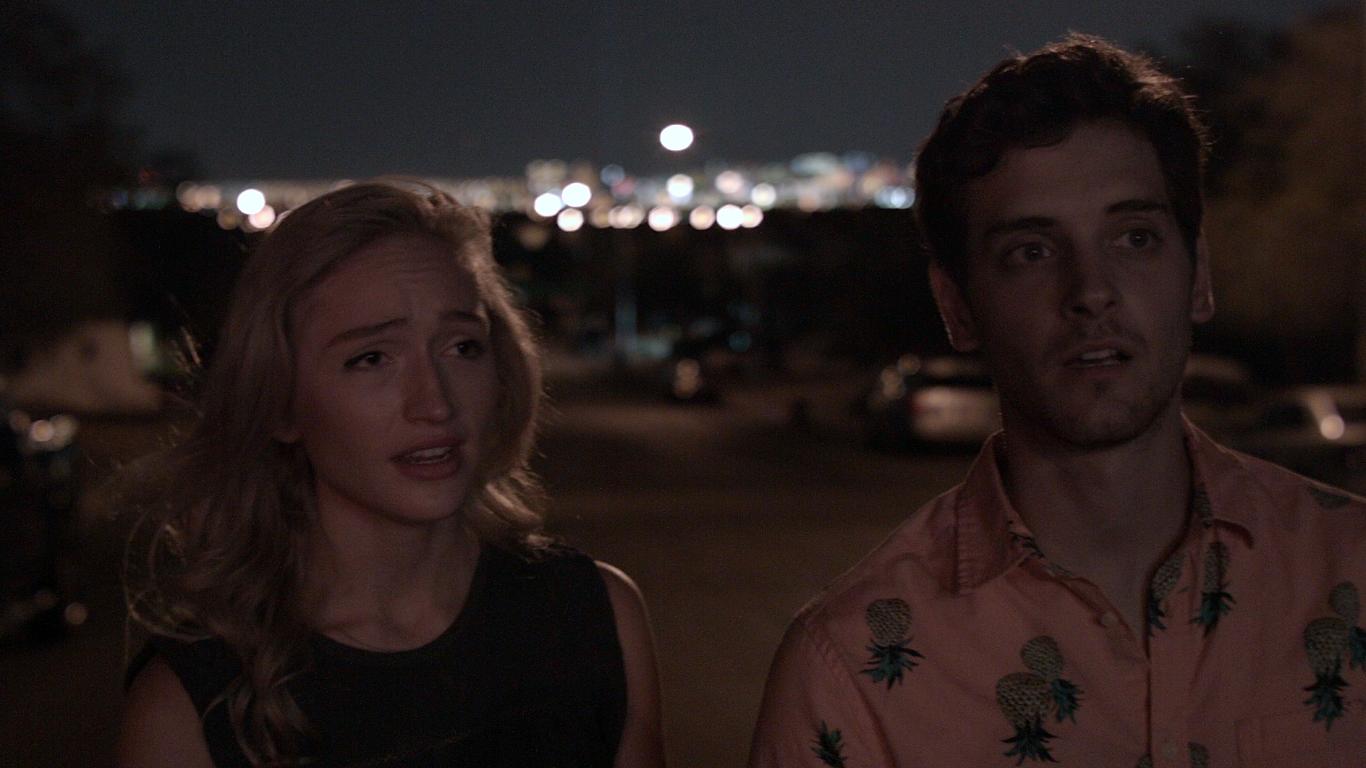 However, perhaps most frustrating about the film is the overwhelming male gaze that dominates the dialogue and narrative. The movie contains lengthy discussions about homosexuality, particularly female homosexuality, and all of these are done in a way that fetishizes homosexuality rather than normalizing it. Some of the comments made by the male protagonist could be seen as quite offensive, and they don’t seem to be uttered in a sarcastic or satirical way.

On a technical level, the film is mostly fine. Many of the production values are straightforward and bare bones because of the visibly low budget that the movie has. It would have been nice had the film more effectively utilized its setting of Las Vegas that keeps getting mentioned but is never properly explored. Towards the end of the movie, as the cuts become less frequent and the takes are longer, the film is much more impressive. The whole movie should have been like this.

The best part of this film is the acting. Although their performances are nothing to call home about, Hugo de Sousa and Essa O’Shea do a solid job in their roles. They become their characters in a way that proves that (if given the chance with a better script) they will both be very successful in the indie world. David Norris and director Putka have funny comedic relief supporting roles in the movie, but they are underused.

Overall, We Used to Know Each Other was a very disappointing film. The premise is interesting and the cast is pretty great, but the script is so underdeveloped and uneven that the movie is almost unwatchable.

We Used to Know Each Other is now playing at the 2019 Florida Film Festival.