The Hummingbird Project is a new drama-thriller film written and directed by Kim Nguyen and starring Jesse Eisenberg, Alexander Skarsgård, and Salma Hayek. The movie tells the story of a pair of high-frequency traders who set out to create a communication system that will allow them to be a millisecond faster than their competition and make millions. It debuted at the 2018 Toronto International Film Festival and was the Opening Night Film of the 2019 Gasparilla International Film Festival.

The story of the film is definitely interesting, but also somewhat difficult to understand until it is explained around the halfway mark. In the beginning of the movie, we are just told that the two leads want to be a millisecond faster than their competition, but we are not told the impact that millisecond will have. High-frequency trading isn’t something that very many people know about, but the first half of the film uses a lot of technical language that is hard to follow. Once the movie explains what is happening, it becomes more interesting and more approachable.

Despite a runtime of an hour and fifty minutes and a confusing story, the film manages to move along at a very quick pace. In fact, your mind is racing even quicker because you still trying to process the last scene when something new happens. The story really shouldn’t be as absorbing as it is because it is about the quest for something as small as a millisecond. Nonetheless, you get involved in this quest and want the leads to succeed. 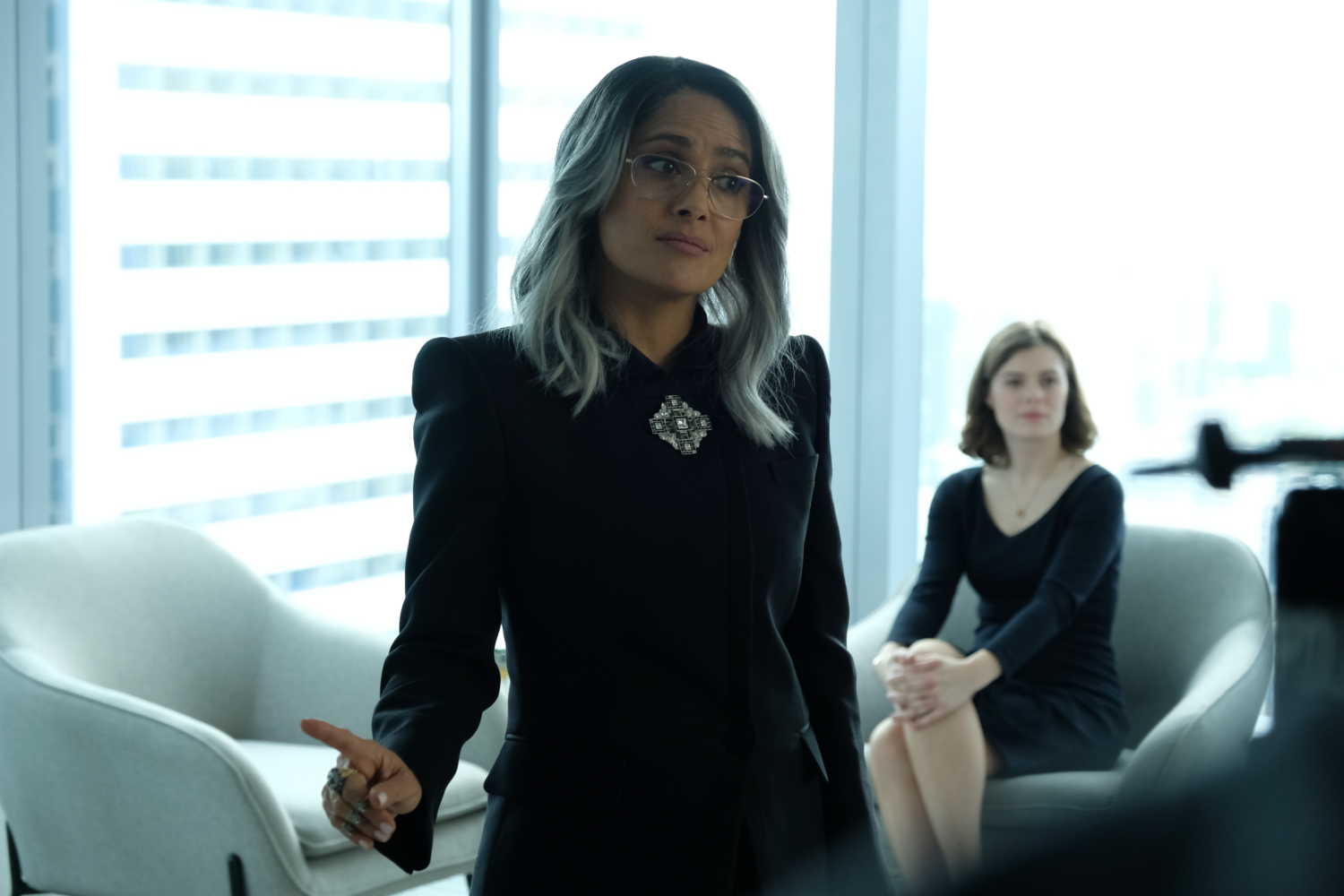 The characters were also surprisingly compelling. Honestly, the protagonist is a bit of a jerk, so normally, he wouldn’t be someone with whom we would want to or be able to identify. However, the movie emphasizes his humanity and gives him a motivation that is stronger and more empathetic than greed: ambition. The protagonist simply wants to be the best, and the film is about him learning to manage that ambition. This allows the movie to be much more meaningful than most stories about the financial sector.

The protagonist’s cousin, who is effectively the co-lead of the film, serves as a mixture of a comedic relief character and a plot device. He is definitely very lovable and sympathetic, but it would have been nice had he been more developed on his own outside of his relationship with the protagonist. For example, he has a family, and the movie could have had more scenes with them to make him more rounded and interesting. 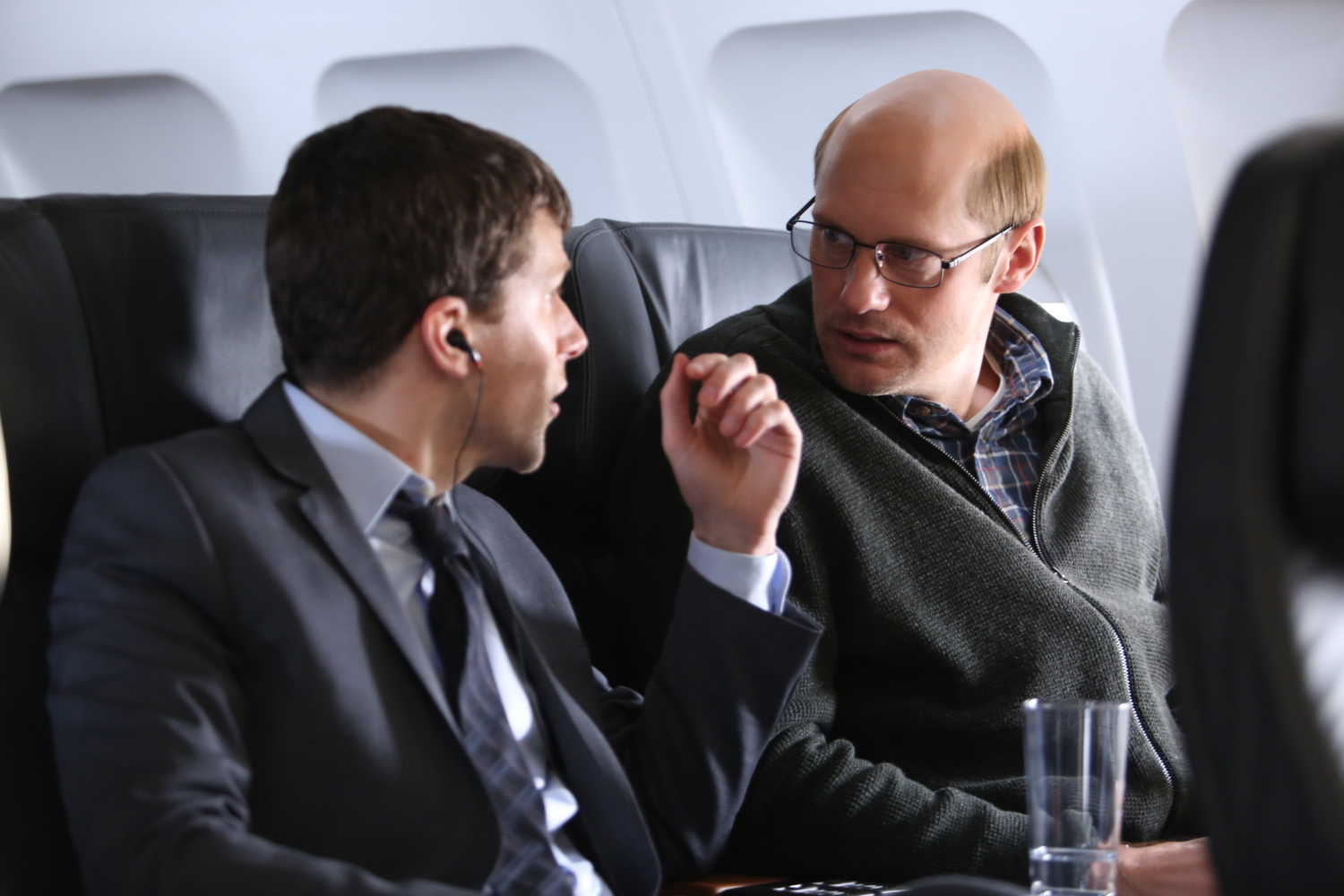 The best part of the film is undeniably the actors. They really bring these characters to life with their own unique talents. Eisenberg again plays to type — the quiet, smart, and quirky guy — but the reason he keeps getting this type of role is that he is so good at doing it. He’s a joy to watch because of how well he lights up the screen. Skarsgård transforms for his role, and he does a great job, nailing the comedic awkwardness of the character. Hayek is playing the antagonist, and she is formidable, making a financial sector leader into a terrifyingly cinematic super-villain.

On a technical level, the movie was pretty intriguing. There are some interesting things done with the cinematography and editing throughout that give the film a sense of style. Of course, the movie isn’t as polished or flashy as other comedic true-crime movies like The Big Short or The Wolf of Wall Street, but it is still rather well-made as a whole. Of particular interest are the ways in which the film plays with time, like repeated slow-motion shots of water that tie into the movie’s motif of speed.

Overall, The Hummingbird Project was a pretty enjoyable film. The story is unique and interesting despite the fact that it is a little confusing, and the performances and execution are solid. You should check this one out if you get the chance.

The Hummingbird Project was the Opening Night Film of the 2019 Gasparilla International Film Festival. It is now playing in select theaters and expands March 29.