Walking on Water is a new documentary film directed by Andrey Paounov about famous environmental artist Christo. The movie tells the story of Christo’s journey to realize a lost passion project of his and his wife’s: “The Floating Piers”. It has played at festivals including the 2018 Toronto International Film Festival and the 2019 Gasparilla International Film Festival.

The story of the film is a touching one, as it is above all else about an artist’s journey to honor his wife’s memory. “The Floating Piers” was a project that Christo had conceived with his wife years prior to her passing, so the fact that he finally set out to realize it is inspiring and meaningful. Because of this, the movie feels quite emotional.

Furthermore, over the course of the film, we get to learn more about Christo as both an artist and a person. The movie allows us to get a deeper look into the life and creative process of the well-respected artist, and it is more revealing than many other documentaries about artists. Fans of Christo or modern art will surely enjoy watching this film and learning. 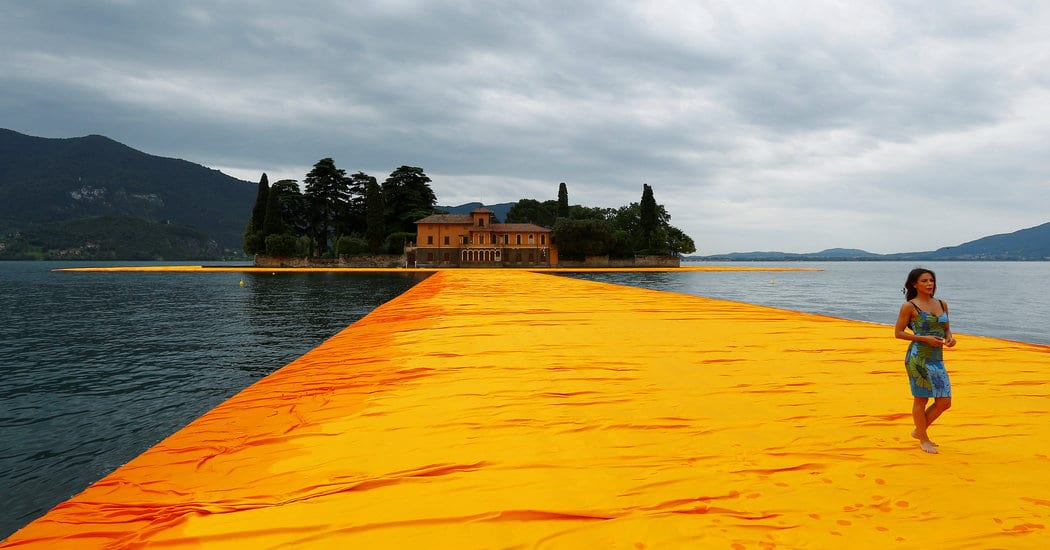 In the beginning of the movie, Christo is explaining the idea of “The Floating Piers” and why it is important and meaningful to him. This is the most interesting part of the film because it is the most thought-provoking and informative. People who are not interested in the artistic process may not find this movie to be entertaining at all, but for the creative-minded, this will be fascinating.

Unfortunately, the film does stall in the middle section as the project is being constructed. Although the project itself is quite unique and interesting, the process of building it really isn’t. On movie, it just looks like they are building a bridge. You know that there is more emotional and symbolic context to the project, but it is not discussed in this portion, so it does feel somewhat boring. 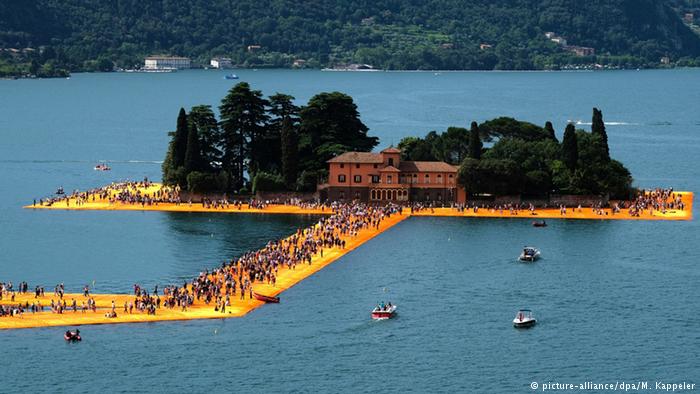 The film does again pick up its pace towards the end of the movie when “The Floating Piers” is finally opened to the public. As things start to go wrong, the film becomes much more exciting and you feel almost like you are watching a thriller play out. Some of the events are definitely made out to be more important than they actually are, but they are entertaining to watch nonetheless.

On a technical level, the movie is quite good. It looks and sounds beautiful, but you would expect nothing less of a documentary about art. The cinematography is excellent, featuring some great shots of the completed project. The aerial shots are particularly impressive. Additionally, the film’s use of music is quite good. The filmmaker made some unique choices in terms of music and it paid off.

Overall, Walking on Water is an art documentary that starts and ends quite well but drags towards the middle. It’s worth a watch if you are a fan of art, but otherwise, it isn’t essential viewing.

Walking on Water played at the 2019 Gasparilla International Film Festival.