GIFF 2019 – Review: YOU CAN CHOOSE YOUR FAMILY Is A Charming Comedy

You Can Choose Your Family is the directorial debut of producer-turned-director Miranda Bailey (Swiss Army Man, Don’t Think Twice). It stars Jim Gaffigan as a father whose life is upended when his son discovers that he has been hiding the fact that he has another family with a different woman. The film debuted at the 2018 SXSW Film Festival and played at the 2019 SXSW Film Festival.

The concept of the movie is very intriguing. Although the story of a philandering father is nothing new, the way in which this film handles that story is extremely enjoyable. The overall arc is admittedly quite predictable, but it is fun to go along for the ride regardless, partially because the movie does have a handful of tricks up its sleeve.

The characters in the film are definitely very compelling. Towards the beginning of the movie, it seems like they will each have a very clear archetype which they will very closely follow. Although that does remain true for some of the smaller supporting characters, the main characters, especially the protagonist’s father, are very dynamic. It would have been nice to see more of the females involved in the story, but supposedly a cut is in the work to add more from these characters.

There is definitely quite a bit of humor inherent in the premise, and the film doubles down on that with plenty of great jokes and gags. The movie gets you laughing early on and rarely lets up. However, some of the comedy in the film isn’t entirely necessary. For example, there are a few jokes that are slightly less wholesome than the rest that will force this movie into the R-rating category. Although these parts do get a laugh, they are some of the less funny parts, so they could have been cut to make the film more widely accessible. 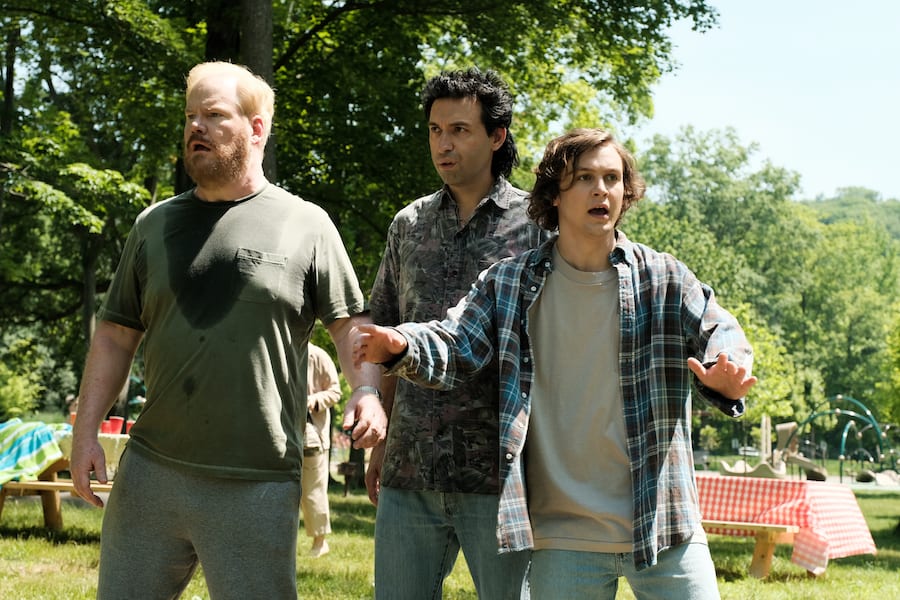 The movie also succeeds in being quite emotionally resonant. The first half is mostly comedic, but towards the midpoint, the film begins to hit hard and really make you feel intense sympathy for the characters. One of the most surprising and impressive parts of the movie is that the conclusion is fully emotionally satisfying. It feels like the story and all of its emotional arcs are complete and resolved.

All of the actors in the film do a very good job in their roles. It seems like Jim Gaffigan is an extremely talented actor based on the handful of roles he has had in movies in the past year or so. He does a great job tackling the dramatic and emotional moments of the film, and obviously his comedic timing is very good. Logan Miller is also impressive in his role, solidifying him as an up-and-coming talent to watch.

On a technical level, the movie is very competently-made. Bailey’s experience as a producer definitely helped her in the director’s chair, as the film is all-around solid. It will be great to see where her career goes from here — hopefully the next movie she does will be a more ambitious and surreal film that will let her flex her talents.

Overall, You Can Choose Your Family was an enjoyable and well-made movie helmed by a female director. This is definitely a film that has a ton of breakout potential.

You Can Choose Your Family played at the 2019 Gasparilla International Film Festival.