Phoenix Wright—ace attorney! Or, well…attorney in the making. As a brand-new defense lawyer, Phoenix is learning what it means to be a true defender of justice. But one of his first cases is a tricky one when his mentor is murdered. With all evidence pointing to the victim’s sister Maya, it’s up to Phoenix to use all his wit and powerful shouting to prove her innocence. But that’s easier said than done when up against Miles Edgeworth, the genius prosecutor. Before the gavel can strike down on a guilty verdict, Phoenix must trust in the evidence to reveal the truth. And with a loud cry of “OBJECTION!” the confetti of a not guilty verdict rains down! But, there’s no time to celebrate victory when another case lands on his desk. Will Phoenix work his way from a no-name defender to an attorney worthy of the ace title? 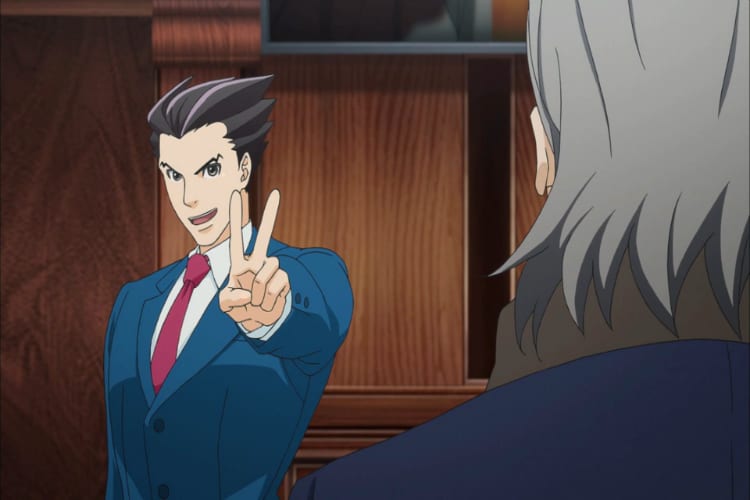 When this show was still streaming it was hard to tell who the audience would be. As it’s near scene for scene retelling of the first two Phoenix Wright games, it seemed mute as the fans of the franchise will have already seen it. Meanwhile the casual fan would be turned off by the large amount of material associated with the franchise and think they won’t be able to understand what is going on. It was while watching this series for this review where the pieces finally came together.

This series finds a way to encapsulate the story and intrigue which comes from the game series. Though it may seem goofy and have hard shift at times between the lighter moments and the drama, this is in fact the appeal of the series. It’s a show which is able to showcase brutal cases involving murder but still have enough moments which make it so the series not an entirely energy sucking drama. Instead, it enjoys offers the audience a ride which many may not see the appeal of but will not leave them feeling empty. 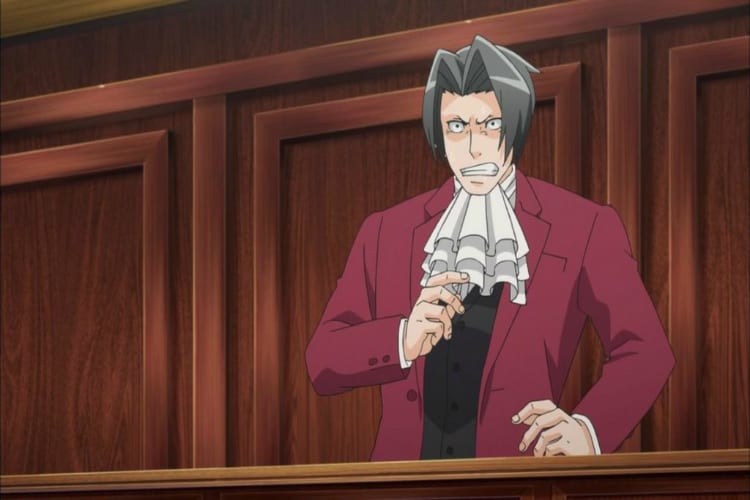 Every show isn’t without its weak points and in the case of Ace Attorney, the animation is where things get sloppy. It’s not filled with constant errors or anything so damning. Instead its seems like the show suffers from a lack of polish which could have helped to add more detail to the appearance overall. Still, the opening is very bright and vibrant and helps to truly capture the feel of the show and the episodes aren’t terrible to look at. They just don’t stand out as extravagant though.

This set has one of the holy grails of all DVD/Blu-Ray extras: Outtakes. They are hilarious and help to make the entire collection worth the purchase. There also is some commentary episodes where the cast members and directors sit around and talk about how much fun they had working on the series. Definitely some worthwhile extras. 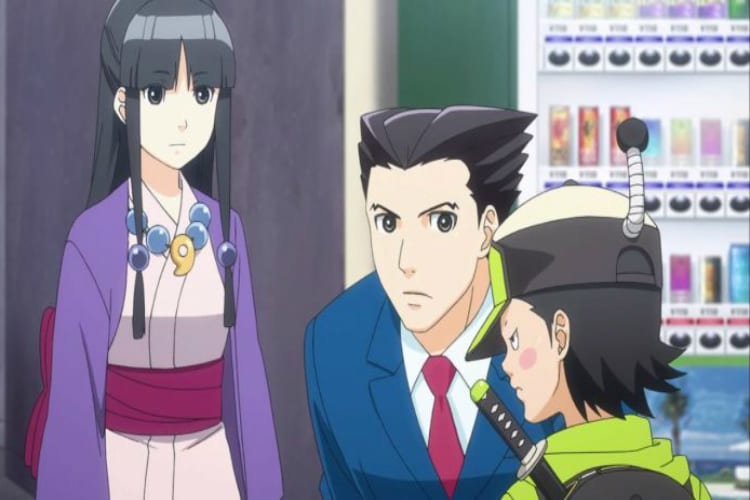 Though seemed to be geared to a narrow audience (fans of the game) Ace Attorney still manages to be a fun ride which delivers a lot of heart and energy. If you are a fan of the Phoenix Wright game series than you owe it to yourself to check out this show. If you are someone who enjoys a series with some lighthearted moments mixed in with some good drama, than this will also be to your liking. It’s not essential viewing but it’s still entertaining which is more than a lot of shows can say these days. Also, points to me for making it through this entire article without a single “Objection!” joke.

Ace Attorney is available from Funimation.