Ask Dr. Ruth is a new documentary directed by Ryan White. It tells the story of Dr. Ruth Westheimer, a ninety-year-old Holocaust survivor who became America’s most famous sex therapist during the height of the sexual revolution. It debuted at the 2019 Sundance Film Festival to positive reviews.

Westheimer’s story is one that is truly awe-inspiring. Despite all the adversity she faced, she became one of the most famous yet soft-spoken advocates of feminism. (The film discusses why she doesn’t like to call herself a feminist, even though her core values align closely with the movement.) Women and men alike of all ages should look at Westheimer’s story and take action to make the most out of the hands they are dealt.

The movie does an excellent job of making Westheimer into a compelling subject, but that wasn’t a difficult task because she is so ridiculously charming. She is extremely approachable because she feels grandma-like with her frank yet inviting personality. It is hard not to sympathize with her backstory and the fact that she doesn’t let it get her down makes her even more admirable.

A big part of the reason that this film works quite well is that there is a sense of humor inherent in the story. Sex is already a topic that is typically considered taboo, so seeing it discussed so openly by an older woman is amusing. You will likely experience a lot of secondhand embarrassment while watching this movie, but that makes it all the more effective, as it allows the film to really hit home its message. 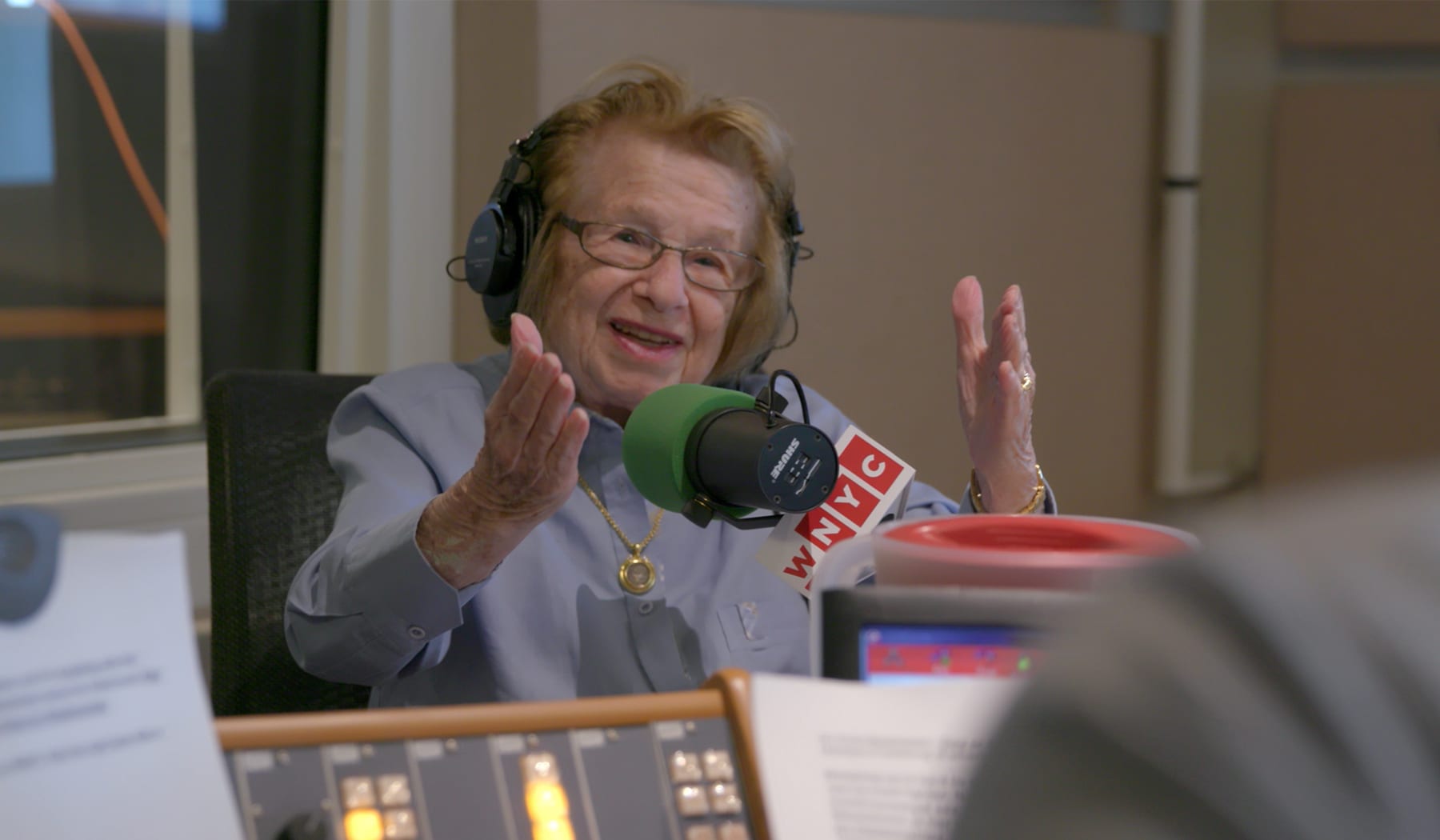 The main message that this movie seems to have is to take control of your own life. From Westheimer’s experiences in the Holocaust to her advice on how to have a happier and healthier sex life, this film is about claiming ownership of yourself and using it to become a better you. The movie shows that you should not be ashamed of yourself for any reason, and that is the true way of achieving happiness.

The film also does a very good job of warming your heart. Although it isn’t quite as effective at pulling at the heartstrings, last year’s Won’t You Be My Neighbor? and RBG come to mind as documentaries about people who are trying to use their unique skills to positively impact the world in which they live. Interviews featuring Westheimer and her family are both entertaining and touching, as they reveal the largely altruistic nature of her efforts.

Additionally, the movie is quite good on a technical level. The film employs interviews, archive footage, and animation to tell Westheimer’s story. The animation is used to illustrate Westheimer’s experiences in Germany before and during the Holocaust. It is very difficult for survivors to talk about their experiences, so the fact that we are able to hear and see a recreation of this firsthand account is important and fascinating.

Overall, Ask Dr. Ruth was an extremely entertaining and well-made documentary. If you don’t mind your face getting a bit red at times, this is one you absolutely won’t want to miss because it is one of the best documentaries of the year so far.

Ask Dr. Ruth opens in theaters on May 3 and debuts on Hulu on June 1.