Breaking Habits is a new film directed by Robert Ryan. The movie tells the story of the Sisters of the Valley, a commune of women living in Merced, CA that come together dressed as nuns to operate a cannabis farm and dispensary to provide medical marijuana to ill patients who need it most.

The story of the film is definitely interesting. With the increasing amount of states legalizing medical marijuana, this topic is becoming more and more important on a daily basis. It is interesting to take a behind-the-scenes look at how these changes can impact individuals and the community as a whole, both positively and negatively.

The main subject of the movie, Sister Kate, is made to be quite compelling by the film. The story begins by introducing her and her plight that caused her to turn into the cannabis business. Additionally, the movie tells the story of some of her other family members, particularly her son, for the purposes of making her story more sympathetic.

There is definitely a lot of humor inherent in the film because it is crazy to think about, much less watch, a bunch of women dressed like nuns growing marijuana and sometimes even carrying guns. It is important to note that these people aren’t actual Catholic nuns — they just wear habits and practice what they claim to be the altruistic lifestyle of a nun. 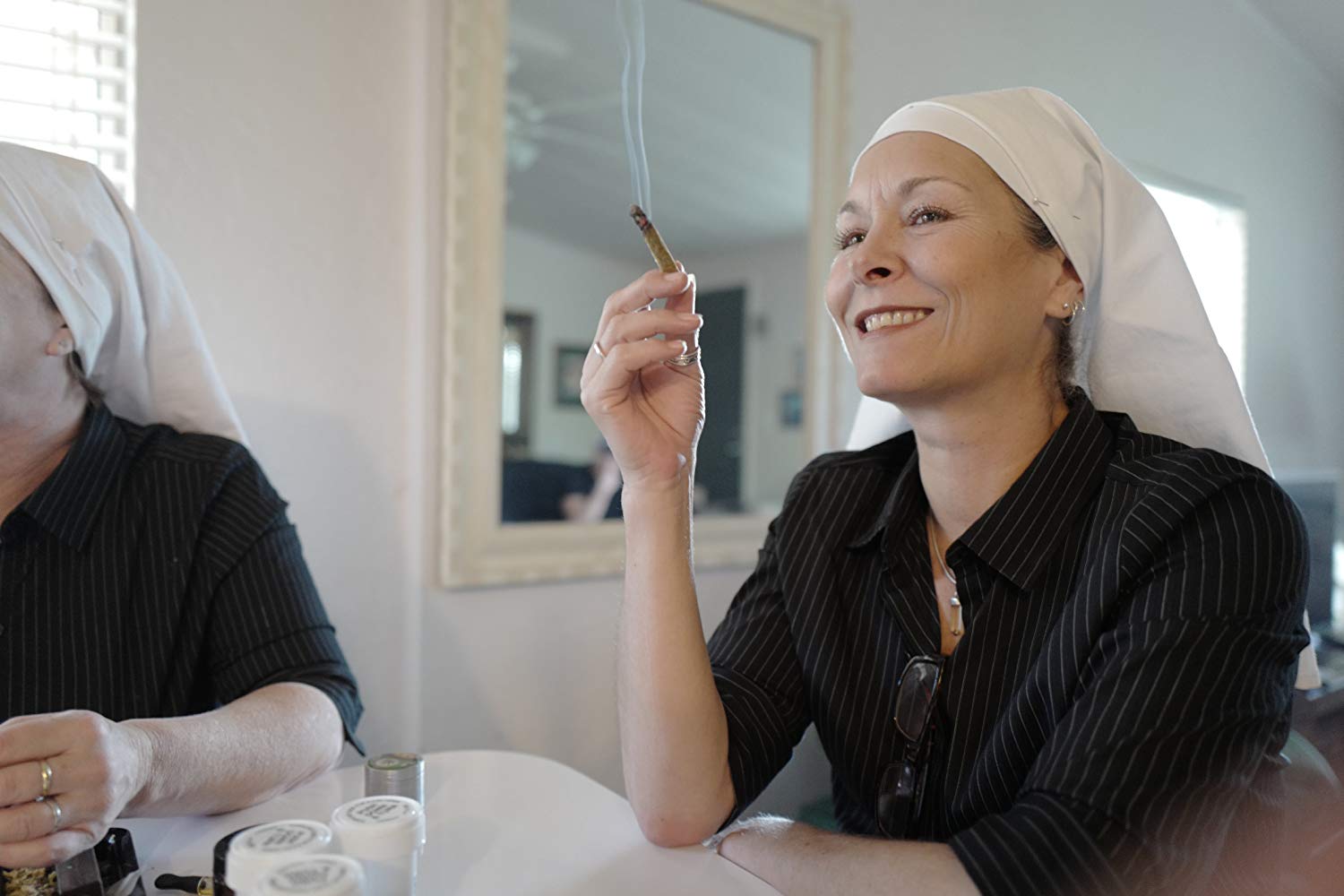 That being said, despite all of the wackiness, the movie does also have a firm emotional grounding. Because of the way in which Sister Kate is developed, it is easy to feel bad for her and pity her when things go wrong in the story, and as you would probably expect, they often do. The film establishes the subjects as people, not the caricatures as which they are often portrayed in the media.

The pacing of the movie is mostly strong. The film combines interviews with the people involved in the story with footage shot of the group doing their work. When things start to get crazier in the story, the movie is at its most entertaining, such as times at which the Sisters are threatened with violence. These moments of excitement are well-spread throughout the film.

On a technical level, the movie was solid but not particularly memorable. It would have been nice had this crazy story been turned into an equally crazy film. The execution, while solid and effective at achieving its goal, is mostly safe and straightforward. Had the movie taken more risks, it would have been better and more entertaining as a whole.

Overall, Breaking Habits was a solid documentary with an interesting story. Although the whole “weed-growing nuns” idea is a bit of a misnomer, it is still unusual nonetheless.

Breaking Habits is in theaters and on VOD beginning April 19.