The internet seemed all over the board when it came to Darling in the Franxx. Some loved it, some hated it, and some were indifferent. With the immediate reaction dying down, it’s time to take a look back and see how the series stacks up one part at a time.

It started with a kiss from the mysterious girl that called him…darling. In a battle against deadly beasts known as klaxosaurs, only the children, classified as parasites, are humanity’s hope in this dying world. Fighting in mechanized suits known as FRANXX, parasites are grouped up in male and female pairs to face the monstrous creatures. Hiro, Code 016, was once a prodigy FRANXX pilot. But right when he gives up the fight, he meets Zero Two, the girl with the horns, and finds a new reason to keep going. But working with Zero Two has its own troubles. Known as the partner killer, no one has survived more than three battles with her. Still, she’s determined to prove that Hiro is her match—her darling. Will the pair become the saviors of this desolate world, or is there something more dangerous than klaxosaurs awaiting them? 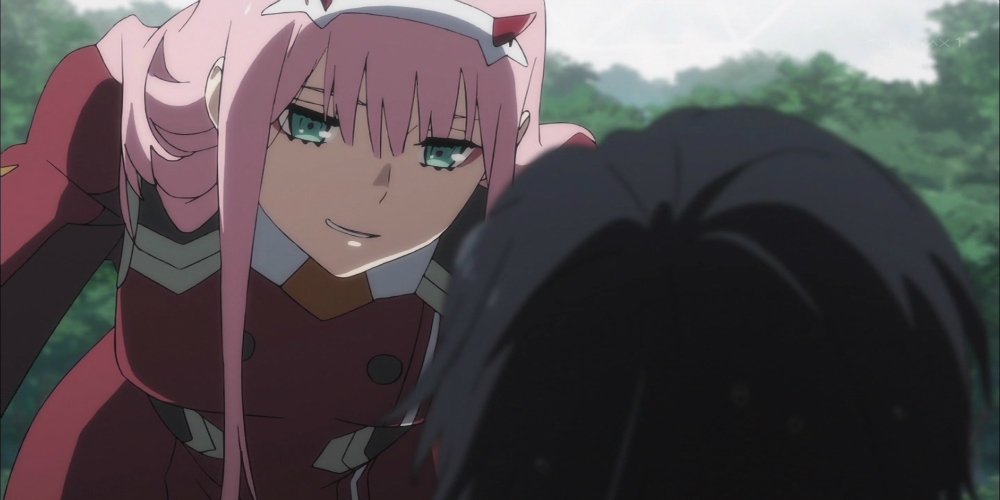 As this is only a review of the first release, it will only focus on the episodes contained within. As this release only contains the first 12 episodes, the score isn’t altered by the more emotional episodes which come later. Still, this doesn’t necessarily mean this release is bad, but as many know episode 13 helps to add a lot of elements to the story and the characters.

The first half of the series is bizarre but in a good way. The peculiar part with how the robots are piloted aside, Darling in the Franxx introduces a society where children are raised more through rules and regulations than by actual adults, Violent creatures known as Klaxosaurs threaten the human population, and a mysterious girl with horns seems to know just how to push everyone’s buttons. These elements are fascinated to watch but if they don’t sound entertaining, the blossoming relationship between Hiro and Zero Two is cute and heartwarming to witness. 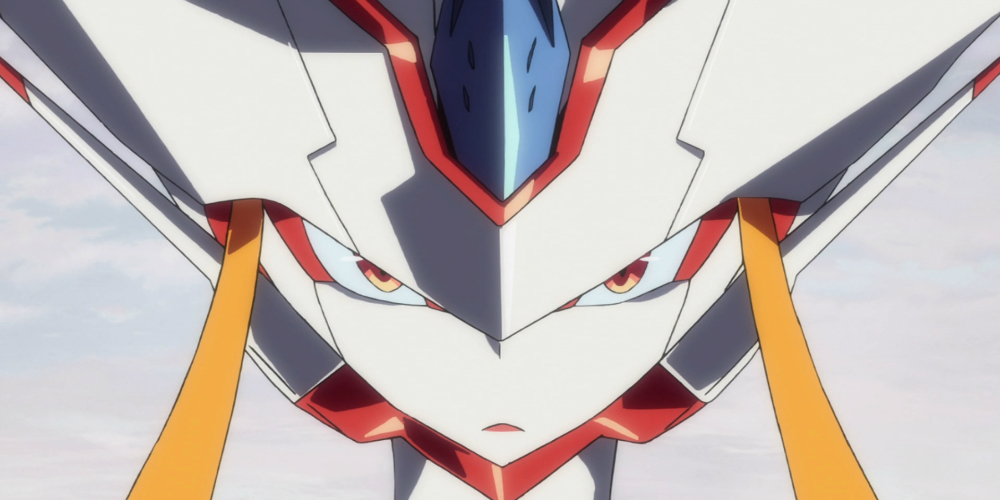 The style of this show definitely aimed to be memorable. The character designs are interested and recognizable, especially Zero Two who managed to capture the attention of many. The robots are indeed unique in their construction, seeming to come off as a mixture of the mecha of Gurren Lagann and a Gundam but able to convey human facial emotions. The environments have a mixture of post apocalypse wasteland, cyberpunk future society, and Victorian school dormitories all at once. Put it all together and you have very unique and striking artwork.

If you are able to pick up the limited edition release for this series you will find it is packed with extras. Spend a little more and you are treated to an art book, character cards, and a replica of the iconic picture book from the show. If you aren’t able to spend as much, you’ll still be able to enjoy some episode commentary and the pre-broadcast special. Add it all together and you have a release fans of the show will be very happy they picked up. 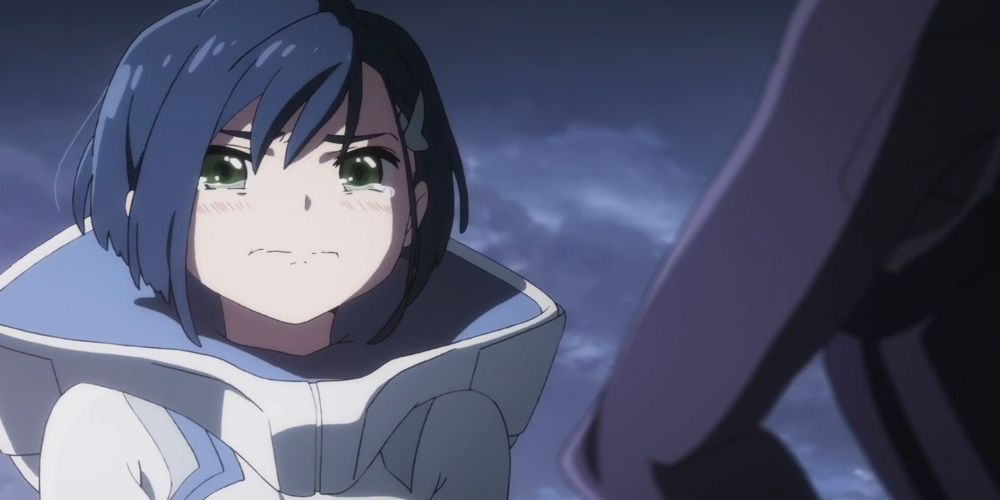 Darling in the Franxx: Part One is a fascinating start to a series which has a lot different aspects going for it. The a show garnished so much diverse reactions, it seems impossible to form an opinion if you don’t experience it for yourself. If you are willing to give it a shot, you may just find a show where you can’t help but get caught up in all it has to offer.

Darling in the Franxx: Part One is available from Funimation.