Instead of a Christmas special Chris Chibnall gives fans of Doctor Who a New Year episode. This special marks the first time Chibnall uses a classic villain. Chibnall has had a lukewarm start as a Doctor Who showrunner, but this episode is a true “resolution” for this season.

Over 1,000 years ago, all of humanity united and (barely) won a great battle. The combatants split the body into three parts and spread them around the world. But one of the body parts is rediscovered – on New Year’s Day 2019 in Sheffield. This awakens one of the Doctor’s greatest enemies, and she has to stop him before it overtakes the planet. 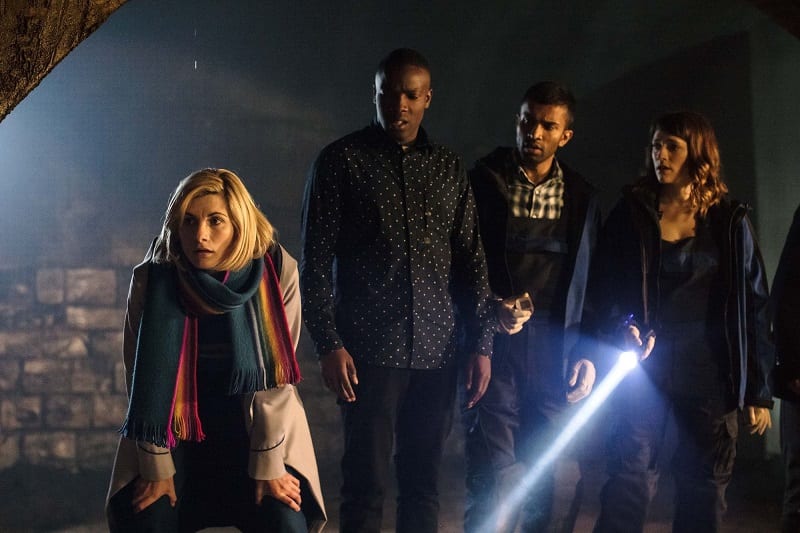 “Resolution” ends up being Chibnall’s best episode, and the best Dalek episode in a long time. Chibnall’s Doctor Who run has focused on simpler, stripped down stories. This approach works incredibly well for “Resolution.” This episode also utilizes the classic Whovian enemy brilliantly. “Resolution” is comparable to the Season One episode “Dalek” because both episodes show how much havoc a Dalek can cause. Chibnall breaks out a Dalek for “Resolution,” and both he & the creatures hit a high note.

Some folks criticize the “overuse” of Daleks in Doctor Who, making them less threatening. “Resolution” goes for a “less is more” approach. Even without its battle armor, this Dalek was deadly and resourceful. The creature has new abilities and is able to make a suit of armor out of scrap metal, like how the Doctor can make a Sonic Screwdriver out of spoons. “Resolution” reinvents the Dalek in a way that makes it fresh and frightening again.

“Resolution” also focuses on the O’Brien/Sinclair family dynamic. Ryan’s dad, Aaron (Daniel Adegboyega), finally makes an appearance and the episode shows their strained relationship. Ryan finally reconciles with Graham, which takes Aaron aback. Aaron is shown to be a coward and someone not living up to his potential – he has the important Deus Ex Machina. This trio has the emotional moments of the episode, which makes a great underlying storyline for “Resolutions.”

Like the other episodes of Season Eleven, “Resolution” has fantastic production values. The cinematography and costumes are cinematic in quality, and most of the CGI work holds up. There is even a decent amount of action, largely from the hardcore makeshift Dalek. 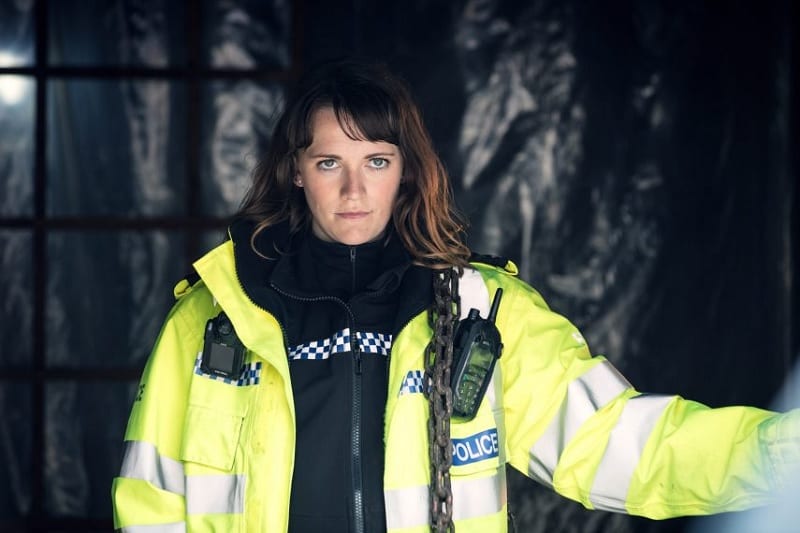 “Resolution” was able to get Charlotte Ritchie as a guest star. Ritchie is a recognizable actress in the UK, and some fans hoped she might become a Doctor’s companion. Ritchie was notable because her character’s body is taken over by the Dalek and they fight for control. She said a lot with her facial expressions. Ritchie may not be a companion, but she delivers a fantastic performance in this Doctor Who special.

There are still problems with Chibnall’s writing style. Despite the Dalek’s body being split apart, only the part in England matters. The story could have started with archaeologists discovering the body, without any reference to the other parts. Chibnall also wastes the really interesting concept of the organization that funds the archaeologists. Chibnall ignores a basic rule of screenwriting – show, don’t tell. The episode is overwritten and almost spoils the action. 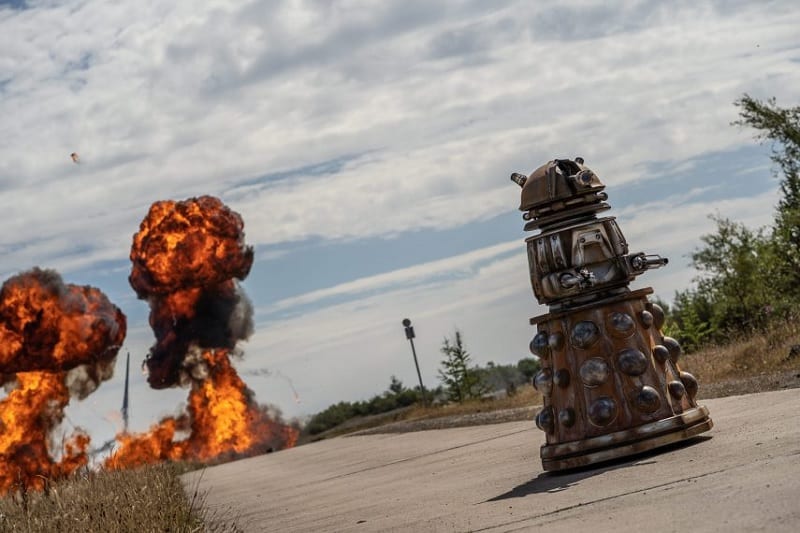 Another issue with Chibnall’s writing is the humor. His attempts at jokes are subpar, at best and “Resolution” has some especially poor attempts. The worst example was when the Doctor attempts to get help from UNIT. Some people in the UK have criticized the joke as an attack against Brexit, but my issue is it wasn’t funny and makes no sense. The joke fails if you try to imply any form of internal logic.

“Resolution” showcase some of the best and worst of Chibnall’s writing – fortunately the scales tip more towards the positives. It is one of the best episodes during Chibnall’s reign so far.