Godzilla: The Planet Eater, the third and final Godzilla anime feature by Polygon Pictures arrives on Netflix. The previous two movies were average at best. Can the final film in the trilogy redeem the entire saga? Don’t hold your breath.

Haruo finds himself out of options. He has no way to defeat Godzilla and the Bilusaludo want him imprisoned for treason. He is so caught up in his own strife, he is unaware of the approaching destroyer: Ghidorah. 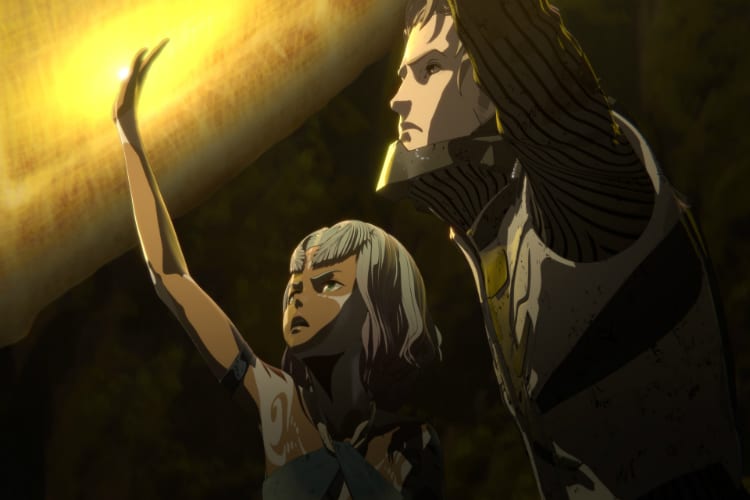 The previous two films, Godzilla: Planet Of Monsters and Godzilla: City On The Edge of Battld seemed like they could have been fixed with just a few edits. As if a few changes had been made it would have helped to make them seem less dull and complicated (more on this later). There was hope the third film would offer some level of redemption for the entire experience. Unfortunately, Godzilla: The Planet Eater doesn’t save the film series. Instead it finds a way to make everything worse and leave a completely bitter taste after the movie comes to an end.

As he rises to become the antagonist of the film, Metphies is given far too much time to monologue. Acting as the mouthpiece and representative of Ghidorah he goes on and on about the insignificance of humanity and human culture. It goes on for far longer than necessary and there is little rebuttal to this negativity Metphies lays out. Eventually, Haruo finds himself believing the nonsense Metphies prattles on with. If the antagonist and their message is what you take away the most, then who wins? 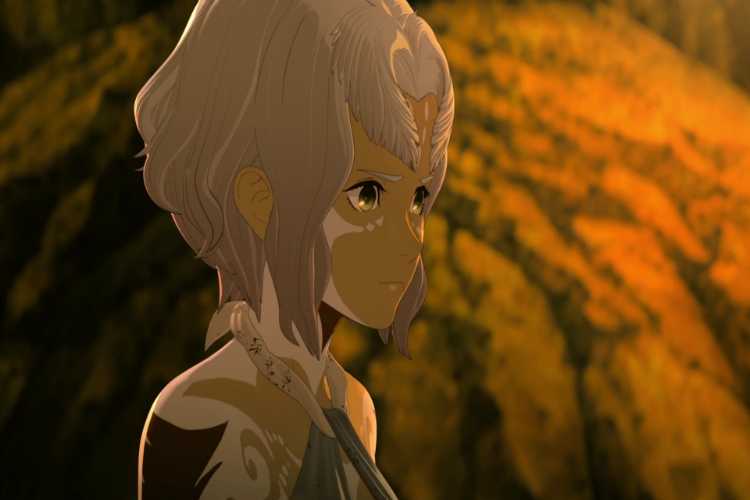 The fight between Ghidora and Godzilla is dull. This is probably the greatest sin of the entire film. How do you make a battle between two of the most bitter combatants in the history of cinema boring? Simple, you drag it out for far too long and make it seem no action is taking place at all. Ghidora’s heads appear in the world, bite Godzilla, and then humans watching it comment about Godzilla’s vitals are getting worse. It’s as fun as watching paint dry.

The most glaring feature of the entire trilogy is made clear in Godzilla: The Planet Eater. The film series tried too hard to be deep and complicated than it needs to be. Instead of just being a three headed creature with the ability to outmaneuver the more slow and landbound Godzilla, the film explains Ghidora possesses the ability to cause space and time to go crazy. This is unnecessary. His design was changed to mostly be large anaconda like bodies as to encircle Godzilla. Why play it up with overwinded and unnecessary scientific babble? 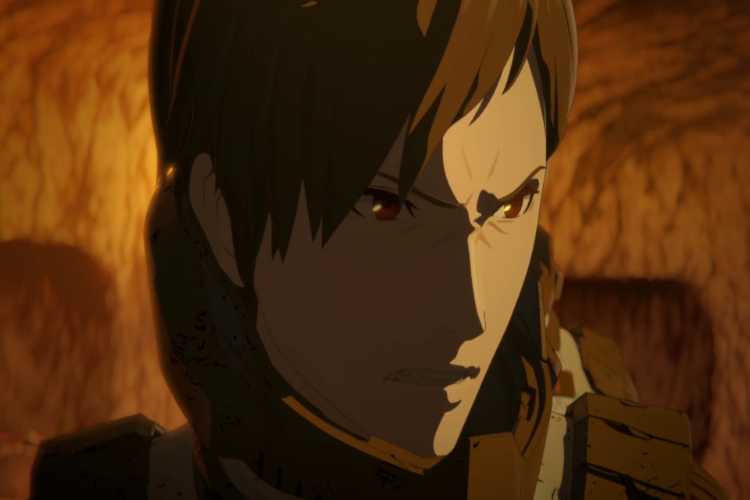 Finally, what of Haruo? The character who was protagonist for the entire series? Surely he must find a way to redeem himself? He does not. By believing Metphies and the evil of Ghidora, he falls deeper into being a character who is not worth watching and aids in the disappointment in the film series as a whole. He takes the most selfish path possible and causes the audience to be so enraged, many will feel cheated and angry.

The animation was never really much to write home about in the previous two films and there is no real improvement in Godzilla: The Planet Eater. The initial fear watching from the trailer and seeing the ominous glow of Ghidora would wear out fast proved to be legit. Ghidora is shown to be slow moving and fails to maintain its feeling of shock and awe after its first appearance. There are a few dream sequence moments which are pleasant enough but these don’t last long and are ruined by the dialogue which accompanies them. 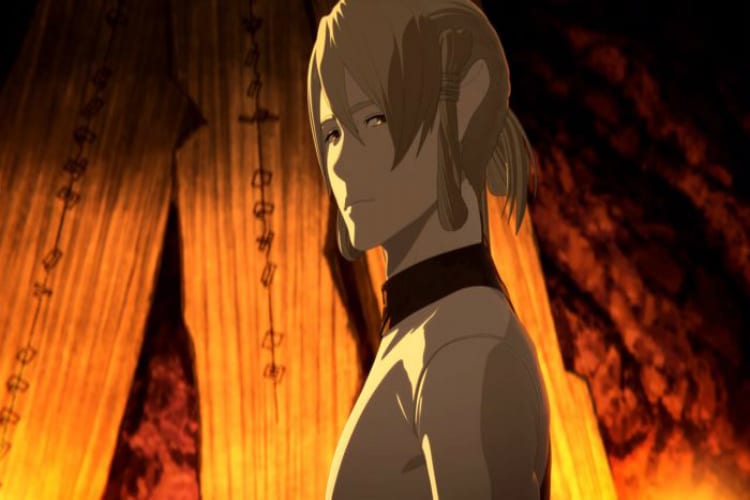 The soundtrack is is once again composed by Takayuki Hatorri. Again, a passable score is presented. Sadly it doesn’t do anything to help the overall presentation of the film. The film theme Live and Die by XAI also isn’t effective enough from reliving the audience from the rage they will feel as the credits start to roll and the feature draws to a close.

Godzilla: The Planet Eater wastes any potential for saving the series and is an incredibly disappointing film overall. The sensation of watching this film is reminiscent of watching the disappointment from the Godzilla film Sony made in 1998. Hopefully much like with the gap between Sony and Legendary, there will be another decade and a half before another Godzilla anime is made. Maybe in this time the mistakes of this film series will be rectified.

Godzilla: The Planet Eater is streaming on Netflix.