Review: HEADING HOME: THE TALE OF TEAM ISRAEL Is An Inspiring Doc

Heading Home: The Tale of Team Israel is a new documentary about the Israeli baseball team that traveled to the world championships in 2017. Comprised of American Jewish players, the team took the world by storm as they beat 200/1 odds to make it much further in the competition than expected.

A big part of what makes this story so interesting is that it is so surprising. Baseball is not as popular in Israel as it is in the United States, and as such, there weren’t enough professional-quality players to comprise a team of Israeli athletes. As a result, the team was forced to turn to American Jewish MLB stars to fill the roster. This is one of those stories that is so weird it must be true. It’s hard to imagine any country not having baseball because it is such a routine part of American culture.

The subjects — the players of Team Israel — are extremely compelling. It is interesting that the filmmakers chose not to focus on the individual players’ stories, but rather on that of the team as a whole. This allows the movie to showcase the family-like mentality that formed among the athletes as they got to know each other and competed in the tournament. 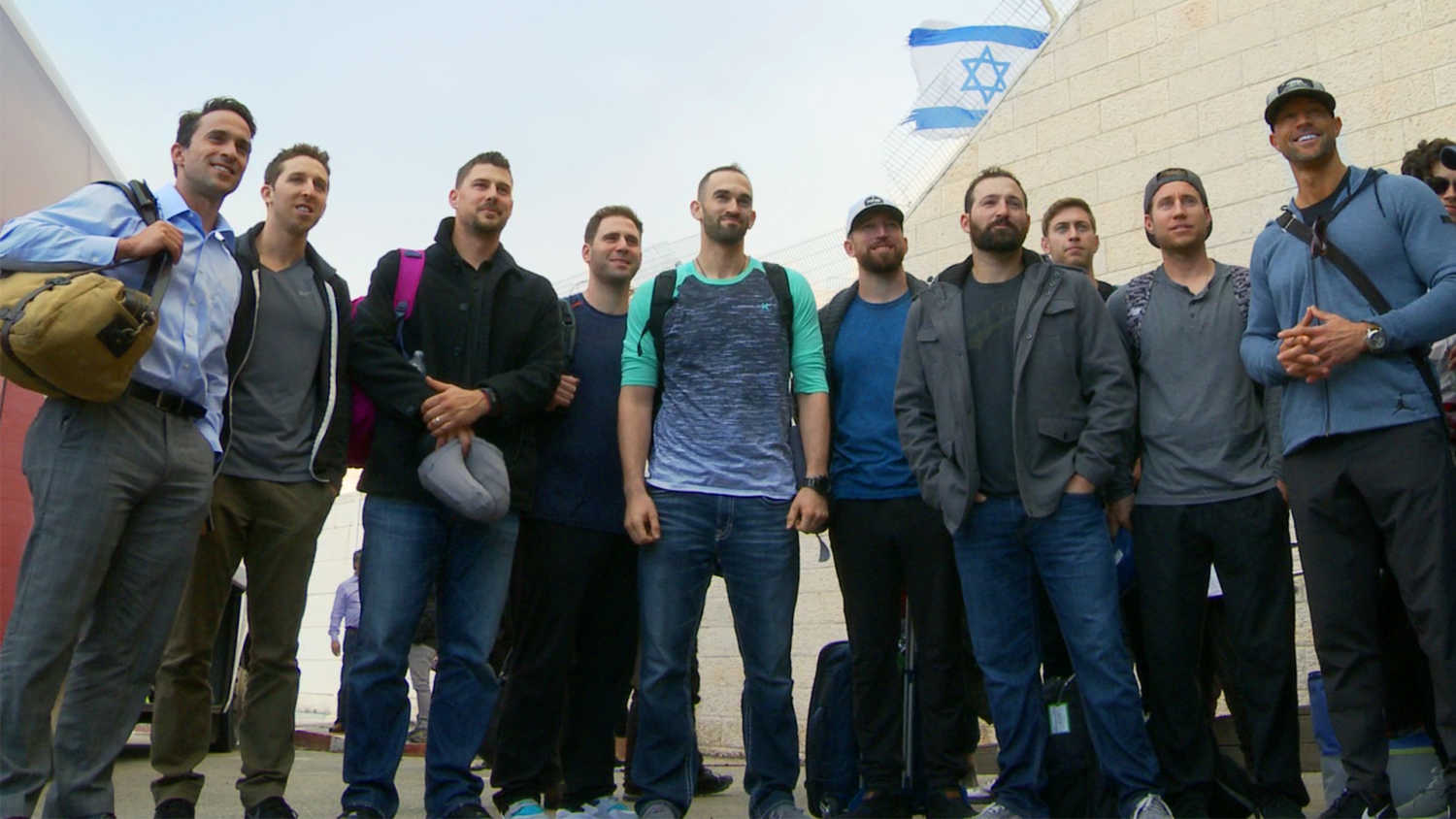 The story of this group is truly inspiring. They are a ragtag team of (very talented) people drawn from here and there to represent their culture. They were given the privilege of honoring their heritage by doing the thing they love, and they should be admired for that. Additionally, many of the athletes hoped to inspire young people to pursue things they love to honor their past.

There is also quite a bit of humor in the film, and this helps keep things enjoyable and at a breezy pace. Much of the movie consists of a camera crew following around the team, and that allows you to see the humorous hijinks of the players as they are bonding. The parts involving the “Mensch on the Bench”, the de-facto mascot, are particularly funny.

In technical terms, the film is very strong too. The editing does a great job of keeping the movie moving. The story is told using a combination of footage shot during the team’s journey, footage from the actual games, and a few interviews. There is enough diversity in the styles presented to maintain the audience’s interest.

That being said, the film almost feels too short. The story ends soon after the competition ends. Although that does make sense, because the movie is telling the tale of Team Israel, it would have been nice to see more of the player’s stories after the fact. For example, a “where are they now” segment would have been interesting.

Overall, Heading Home: The Tale of Team Israel is an interesting and well-made documentary. It may not quite be a home run, but it is surely a base hit.

Heading Home: The Tale of Team Israel opens in South Florida on February 8. Cody Decker, MLB reporter and a producer of the film Jonathan Mayo, and filmmakers Daniel Miller, Jeremy Newberger, and Seth Kramer will be making appearances at South Florida theaters for Q&As and signings February 8-10. Details at http://www.ironboundfilms.com/headinghome.