Her Smell is a new drama film written and directed by Alex Ross Perry. The movie follows a punk rocker who, whilst dealing with increasingly crippling addiction and other personal issues, tries to recapture the glory of her younger years when she was a part of a successful girl band. It debuted at the 2018 Toronto International Film Festival and has played other festivals including SXSW.

The story is relatively simple because Perry seems less concerned with crafting a narrative, instead focusing on expressing an overall feeling and message to be learned from the events of the film. The plot takes the form of a series of interactions in the protagonist’s life, tracking her journey to get herself back together. Because of this, the movie feels quite fragmented and almost incohesive.

It doesn’t appear that the narrative was meant to be particularly coherent, but the least we can ask for as an audience is a film that is at least cohesive. The different sections do begin to come together towards the end of the movie, but when it finally seems like things are about to start to click, the film ends. The only thing that really ties the movie together is the approach it has to its themes.

The film does have quite a bit to say about fame and what the spotlight can do to a person, and for the most part, it handles this effectively. Perhaps the most impactful element of the story in this regard is the subplot involving the protagonist’s daughter. The middle section of the movie, in which the protagonist has taken a leave of absence to recover herself, is the most effective and touching part of the story, highlighted by a wonderful cover of “Heaven” by Bryan Adams.

You almost want to hate the protagonist because she is so self-destructive and makes so many bad decisions, but the film doesn’t allow you to do so. Rather, the movie emphasizes that behind what someone puts out into the world, a person can be in intense emotional pain and need help from others. In a way, the character becomes a different kind of Byronic hero. 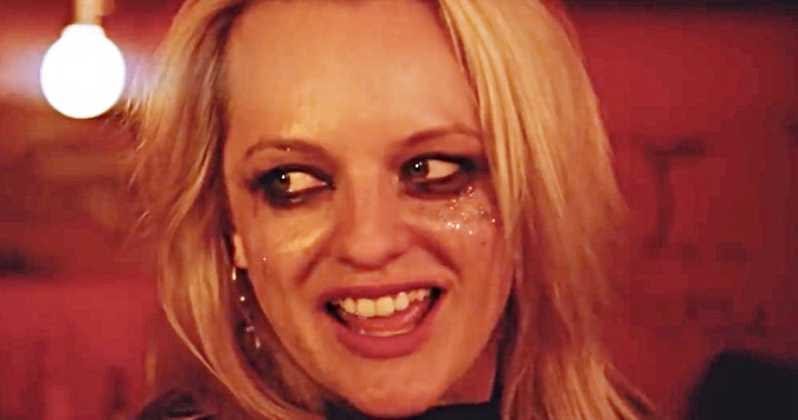 Some of the supporting characters in the film are very well-developed, such as the protagonist’s bandmates or her ex that is the father of her child, but others feel frustratingly underused. For example, the movie features Amber Heard as the protagonist’s collaborator-turned-rival, and this relationship comes and goes. There is also an up-and-coming girl band that very easily could have been used to a greater extent.

On a technical level, the film is relatively strong. The look for much of the movie is dark and disgusting, but that appears to be intentional, as it seems meant to capture the darkness in the mind and soul of the protagonist. When the protagonist’s mind begins to change, the visual style does as well, becoming significantly more warm and inviting.

That being said, Elisabeth Moss is the very clear highlight of this film. Her performance is absolutely wonderful, containing so much nuance and emotion. She steals the scene so much that it would be a shame if she is not still around in the conversation come awards season. The supporting cast is great too. The standout is Dan Stevens, who has phenomenal chemistry with Moss and would be a solid candidate for Best Supporting Actor had this gotten a Fall release date. He has quite a few scenes in which he really shines and is impactful. Agyness Deyn and Eric Stoltz give solid performances too.

Overall, Her Smell was an intriguing and perplexing movie. Although there do seem to be a few narrative shortcomings, the story is impactful and emotional nonetheless, partially because of the talents of Elisabeth Moss. This definitely isn’t for everyone, but it is worth a shot.

Her Smell opens in theaters on April 12.