Ladies in Black is a new dramedy film from director Bruce Beresford (Driving Miss Daisy) based on the novel by Madeleine St. John. The movie tells the story of an Australian teenage girl in 1959 who takes a summer job as an employee at a department store where she is impacted by her work and the new women’s liberation movement.

The film’s story is where a majority of its issues lie, as it is so simple and straightforward. The movie offers very little in terms of plot that isn’t melodramatic and predictable. In fact, the film is so melodramatic that it at times feels like an episodic soap opera. The movie is comprised of a series of interactions in and around the department store and its employees, with the through-line being the characters rather than a traditional narrative.

A character-driven film theoretically isn’t a bad thing, but it isn’t effective when the movie’s characters are entirely underdeveloped. Unfortunately, all of the characters are bland and archetypal, even the protagonist. It is hard to get behind the characters and their stories when everything about the film seems generic and unoriginal. Many of them just don’t have an emotional arc, and those who do don’t have much impact on the story.

Additionally, the movie’s pacing is quite underwhelming. For the most part, the film feels slow because there isn’t much happening in the movie of any significant consequence. However, due to the episodic feel of the film, there are moments that feel rushed. This constant back-and-forth between the movie feeling slow and rushed is frustrating and ultimately exhausting. It almost would have been better for the film to be completely dull. 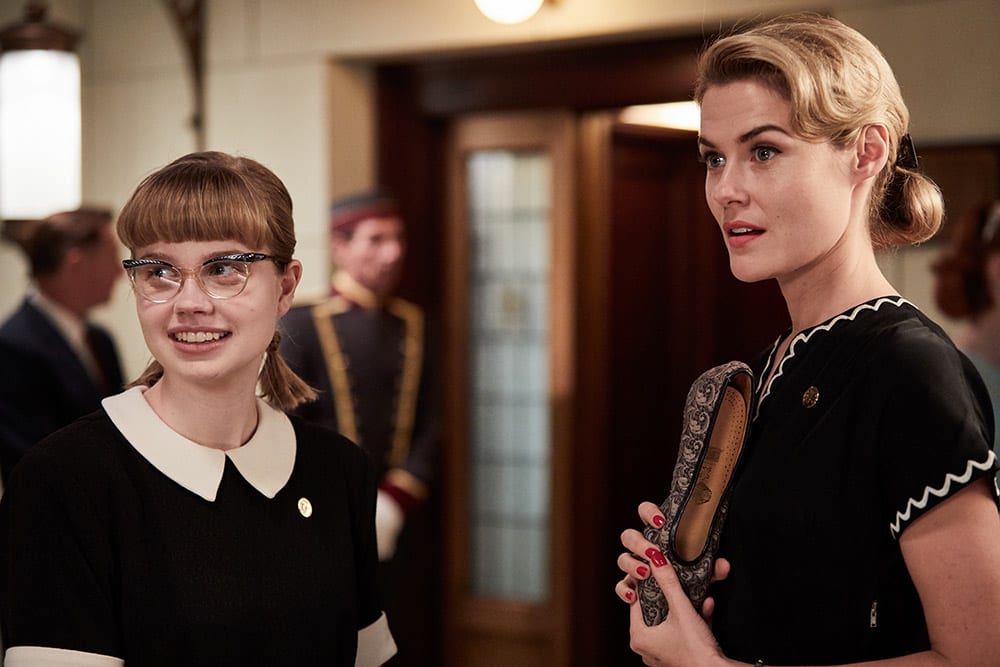 Furthermore, the movie is unable to achieve what it hopes on an emotional level. There are some moments of the film that feel resonant because they have an earnest sense of humor, but the movie fails to capture that true-to-life quality that would have been so important to its success. As a whole, the film feels out-of-touch with the ways that today’s youth actually behave and feel. This comes across less as a movie meant to speak to teens and more as a film meant to make older audience reminisce about their younger years.

The actors are definitely the best part of the movie. The ensemble that was assembled is extremely strong, so it is a shame that they were put to waste with such a dull script. Angourie Rice has proven herself to be one of the most talented up-and-coming actresses, and she is able to infuse what little bit of life she can into the film. The supporting cast is solid too, particularly Julia Ormond and Rachael Taylor.

In technical terms, the movie was fine but relatively safe. Everything about the film’s style and direction feels very old-school, which makes sense given the fact that Beresford’s best work came at a time when that style of filmmaking was most popular. Thankfully, nothing about the movie is insulting to the senses, but you would hope that for a film set against the backdrop of the women’s liberation movement, that it would have been more provocative.

Overall, Ladies in Black wasn’t a bad movie, but it wasn’t particularly impressive either. If this had come out thirty years ago, it would have been a hit, but now, it feels outdated.

Ladies in Black is available on VOD beginning May 21.