Long Lost is a new thriller film written and directed by Erik Bloomquist. The movie follows a young man who receives a mysterious letter inviting him to spend a weekend at his long lost half-brother’s secluded and elegant country home where things are not what he expected once he arrives.

The premise of the film is relatively typical for a thriller: the protagonist finds himself in an unexpected situation, things go wrong, and then there is a big reveal at the end that is supposed to subvert expectations. Despite the fact that this movie adheres pretty closely to that formula, it is very entertaining nonetheless. It is fun to watch as the film gets progressively weirder and weirder as the story unfolds.

Bloomquist was able to nail the atmospheric aspects of the thriller genre, as the movie is one that is constantly unsettling and builds mounting tension throughout. Even the simplest things, like children’s games such as “Chubby Bunny” and “Sharks and Minnows” are turned into a means of creating suspense and further developing the messages about competition and greed. Additionally, sexuality is used as a tool by Bloomquist to further mess with the characters’ (and the audience’s) heads.

All of this suspense ultimately builds to a twist ending that, while not entirely original or unexpected, is still enjoyable and ties together some of the more ambiguous elements that came before. There is enough in this twist ending that you almost want to see more of the world it is created. Perhaps the film will catch on well enough to get a sequel that explores some of the ideas introduced in the last ten minutes of the movie. 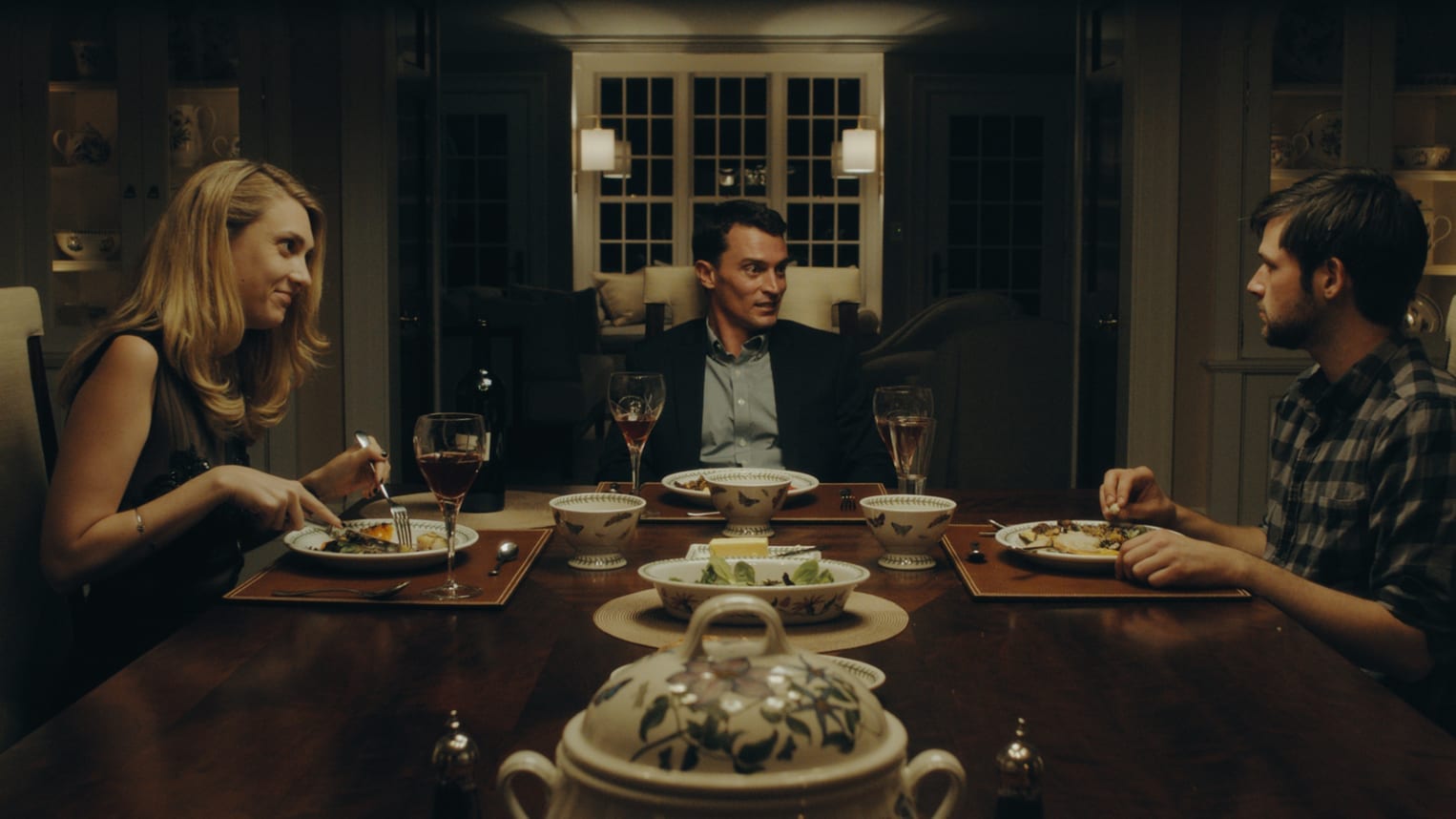 The character development is somewhat uneven, although it is adequate for the film to be effective. One of the reasons the characters don’t work as well as they should is that the dialogue in the first twenty or so minutes feels somewhat stilted, although once this smooths out, the characters become far more interesting. The ambiguity surrounding the characters of Richard and Abby is intriguing, although it would have been nice had Abby been used as more than a sex object early on in the movie.

The actors all do a solid job in their roles. The cast is minimal �� there are only three main stars — and the dynamic between them is great. Nicholas Tucci is above and beyond the best solo performer of the group, having some enjoyably menacing and over-the-top supporting actor moments that help him stand out. Adam Weppler and Catherine Corcoran are both good too, but it is Tucci that steals the show.

On a technical level, the film was pretty impressive. The movie hides its low-budget nature by taking full advantage of its confined location. The cinematography does an excellent job of building tension and suspense, and goes hand-in-hand with the production design to create an ironic sense of uncomfortability within the setting. Furthermore, the score is solid, if a tad generic and based in common genre trends.

Overall, Long Lost was a surprisingly enjoyable film. It does have a handful of issues, but the story is intriguing and the execution of solid. This is the type of hidden gem that will likely find success from people discovering it on streaming services.