Monday is a new action-comedy film written and directed by Alejandro Montoya Marín in his directorial debut. It was made as a part of Robert Rodriguez’s Rebel Without a Crew TV series, in which Rodriguez challenged a group of filmmakers to make a film with a $7,000 budget and minimal crew like his own debut El Mariachi. It debuted at the 2018 SXSW Film Festival and will be making its debut on El Rey and VOD soon.

Perhaps the most impressive thing about this film is the fact that it was made with such a small budget. When tasked with a challenge like that, most people in their right mind would choose to make something a bit simpler, like a drama. Marín, in true Rodriguez fashion, set fire to expectations (quite literally), and made a genre film that ended up being pretty damn good.

The story works quite well, largely because of the relatability of the characters. The protagonist, Jim, is compelling, having many of the qualities that make the lovable goof archetype so successful. There is also a buddy dynamic between him and his friend Paul that is interesting and makes the film even more enjoyable.

The script is very fast-paced, and a large part of that is the comedy that is at its heart. There is a ton of wit in the dialogue, and as a result, the film feels breezy and bouncy. For the most part, the jokes are really funny. There are a few that don’t land as well as others, but because of the short runtime and dense humor, the film is onto another funny joke before the crickets ever get the chance to chirp.

The scale of the action in the film is minimal given the budget, but it is filmed in a way that makes it thoroughly exciting and enjoyable to watch. Quite a few of the action sequences are fun and intense. The cat-and-mouse dynamic that governs the interactions between The Hitwoman and Jim is funny and subverts expectations in more ways than one. 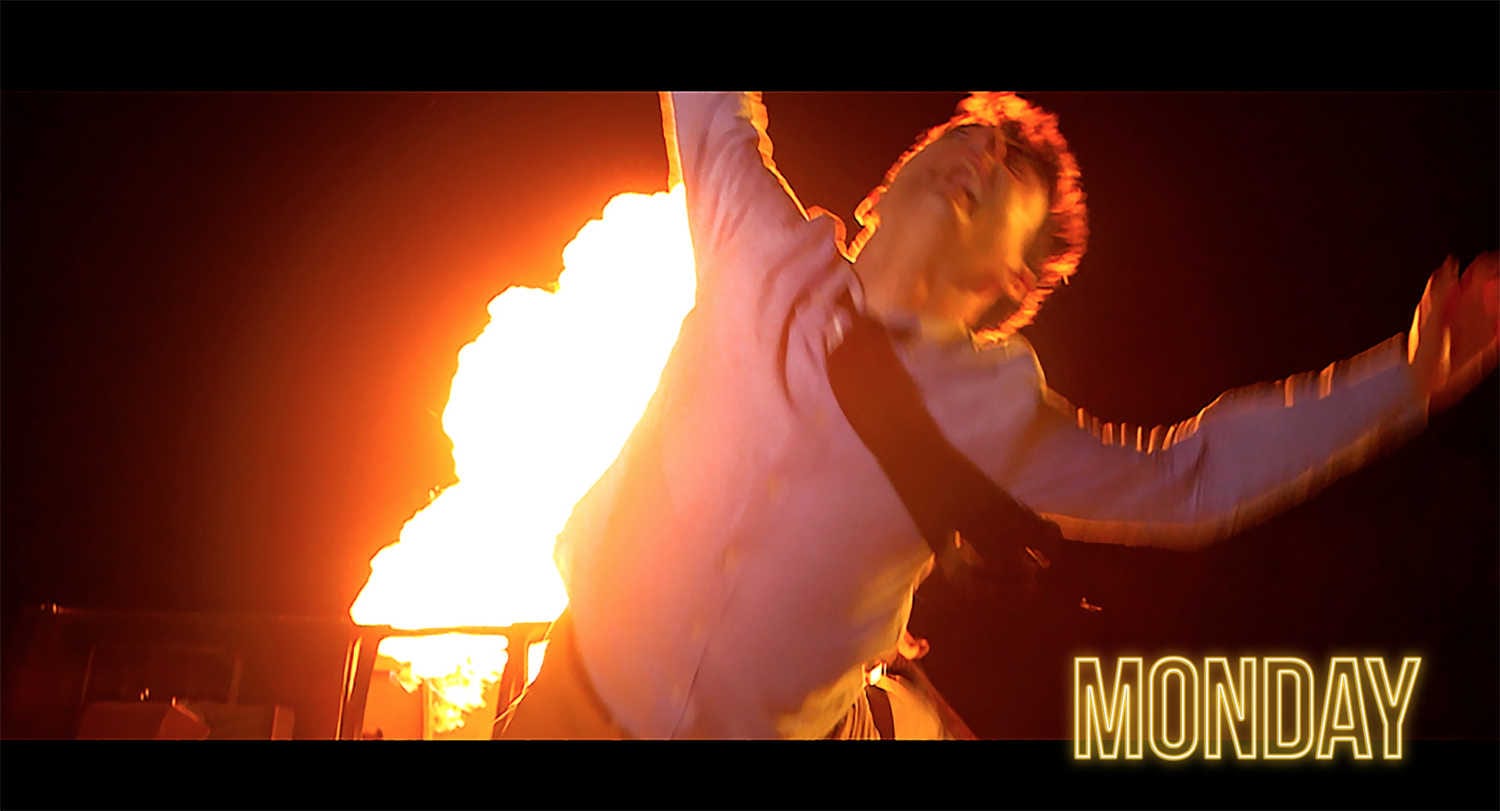 For the most part, the acting was very strong. The only weak links in the film were in smaller supporting roles, like Jim’s boss or the leader of the drug cartel. Jamie H. Jung, who plays Jim, gives a great turn. He has the charisma and the goofiness about him to pull off the role. Supporting actress and actor Anna Schatte and Kenneth McGlothin both give fittingly over-the-top performances that match the 80’s vibe for which the film was aiming.

In technical terms, the film is very strong, especially for such a low budget. The film is definitely very energetic, and that energy does get to be a bit too much at times, but for the most part, it works. The cinematography and editing are both very kinetic, but never feel messy. That being said, the best part of the film’s execution by far is its use of music. The soundtrack plays a huge role in the film, and makes it all the more enjoyable.

Overall, Monday is an impressive low-budget feature debut from Alejandro Montoya Marín. If he can do this with $7,000, one can only imagine what he would be able to pull off with even more.

Monday debuts on El Rey Network on February 18 and will be available on VOD soon. 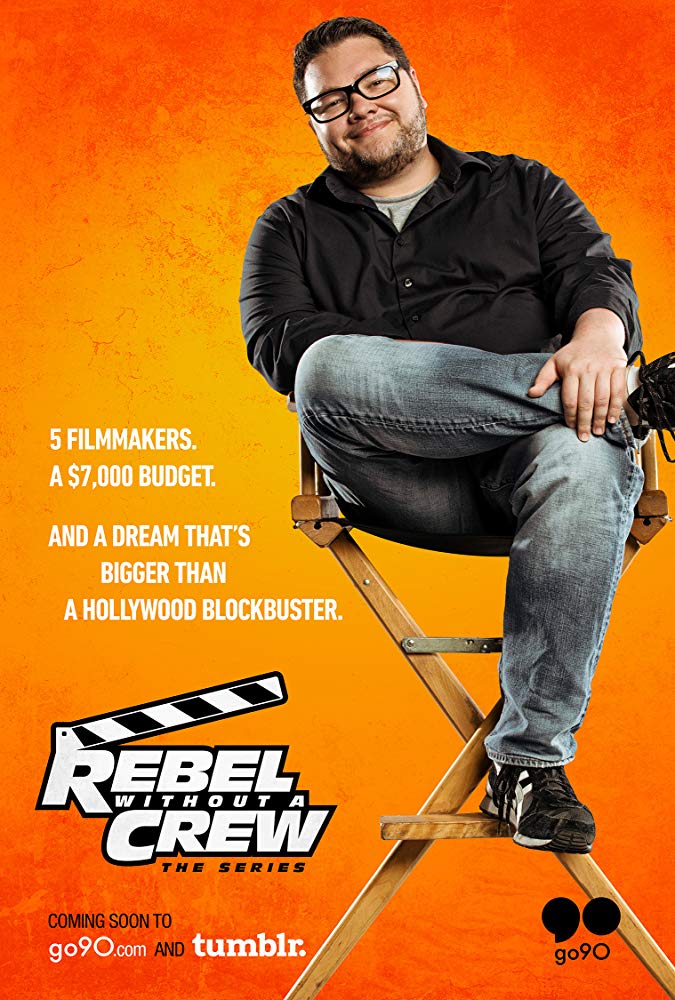 Alejandro Montoya Marín is currently raising money for his next feature, Millennium Bugs. To find out more and contribute, visit https://www.indiegogo.com/projects/millennium-bugs-film.