Review: NINJA SLAYER FROM ANIMATION Tries to Be Trash But Is Just Garbage

Ninja Slayer From Animation attempts a very dangerous gamble. The series is intentionally tries to be one which is so bad, it takes a pure 180 and is able to become entertaining. Unfortunately, attempting for this angle runs the risk of actually becoming near unwatchable.

Domo, civilian, I am Ninja Slayer! Once a common, non-ninja, nine-to-five man, it’s now my duty to send all ninja souls to hell. It’s an insatiable thirst that I must quench to avenge the tragic death of my family. A mysterious spirit filled with rage has penetrated my soul giving me the ultimate power to fulfill my vengeance and destroy any ninja who dares to cross my path. Hell-bent on ninja carnage, I won’t stop slashing and bashing until I hear my enemies kiss their pathetic lives goodbye with a bloodcurdling scream of “Sayonara!” Die ninja. DIE! I am your Grim Reaper! Ahem.Won’t you live in my fury, friend? Join me in unleashing burning rage, and watch me spray the blood of a gagillion ninjas all over this nightmarish hell. For I am Ninja Slayer, killer of all ninjas! 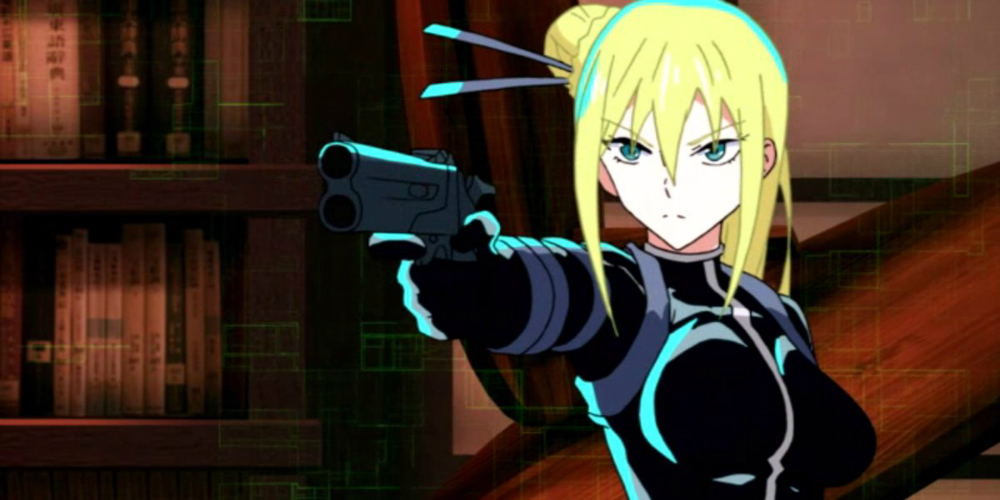 The series really has one gimmick to its name. Ninja Slayer is a ninja who kills other ninjas. The show tries to keep the idea of ninjas coming from everywhere and Ninjas slayer must kill them all entertaining with its insane level of action but unfortunately it fails righteously. There eventually is some attempt to have a supportive cast members but the most notable, Nancy just turns out to be used for fanserve.

Believe it or not, the main flaw seems to be the series is trying too hard. Between the low production quality and the thin plot, the fact is trying very hard to be entertaining through its overall presentation. Unfortunately, the over the top violence and lame jokes (the ninjas always introduce themselves with “Domo” and the use of “Oh my Buddha) get old fast and are used far too often. Repetition to the point of absurdity doesn’t equal comedy. 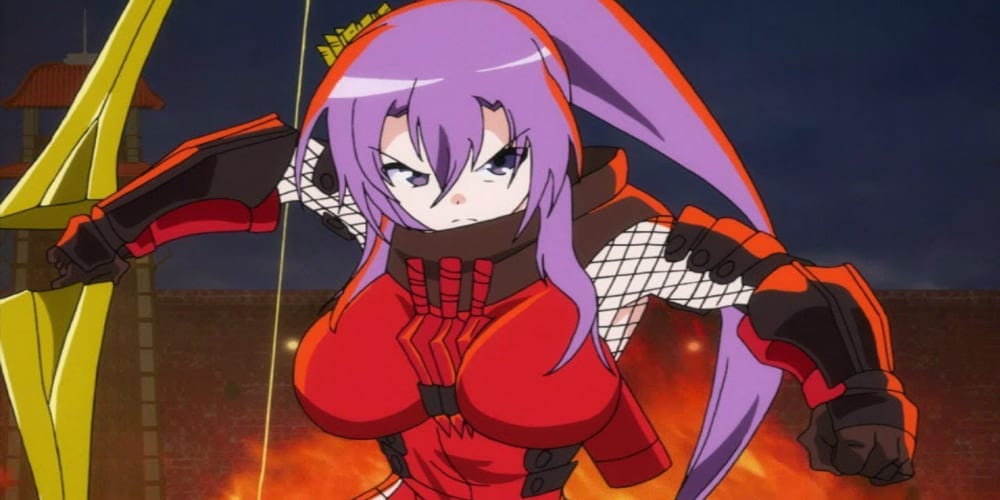 It’s hard to believe this is a creation from Studio Trigger. Of course once you realize they are intentionally trying to have a low production style, it seems a perfect fit as Trigger also created Inferno Cop which utilized the same techniques. The presentation here is full of inconsistencies. There are massive switches between fluid halfway decent action animation with sequences which make the characters look like cardboard cutouts which are moved slightly to show action. It’s almost painful to behold.

The release is basically barebones. It has trailers for other Funimation series and an episode commentary. Now, although episode commentaries can often be very entertaining, the series doesn’t lend itself to this type of extra. Think about it. Do you really want to know more about this series? Commentary is nothing but unnecessary for a show which you don’t care about what the level of production went into it. 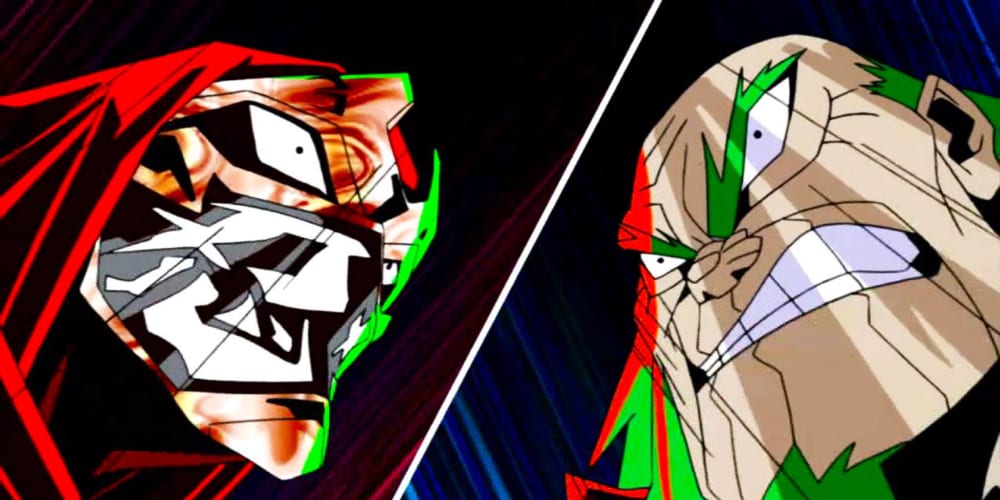 Stay away, from Ninja Slayer From Animation. The series is not entertaining and even worse, it’s just not fun. There has been many other media which found a way to be bad they are able to obtain a level of entertainment such as the classic film Death Race 2000. Got watch it instead of this terrible anime.

Ninja Slayer From Animation is available from Funimation.