David F. Sandberg’s Shazam! is a crazy family adventure that has the feel of Big, The Mummy, Goonies, and Spider-Man 2 all wrapped up into a hot mess of a good time.

Zachary Levi’s version of Shazam works well and gets you excited to see how he would interact with the Justice League and the rest of the characters of the DC Comics Universe. Asher Angel is serviceable as Billy Batson, but Jack Dylan Grazer steals the show as Freddie Freeman. Grazer’s comedic timing and dead-pan style is perfect for the film and works on so many levels. Dr. Thaddeus Sivana has an interesting origin story as a villain, with Mark Strong delivering an evil that is cold and calculated. The overall casting look is pulled directly from the comic books. 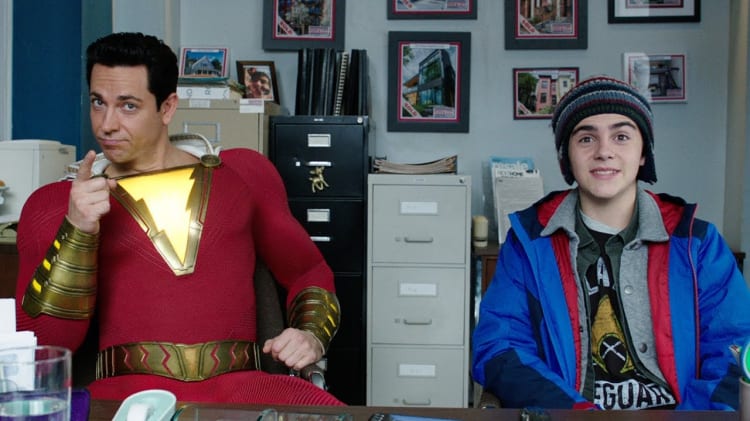 Benjamin Wallfisch brings a fantastic score to the film, and this is where the true feelings of the film hit you. Wallfisch knows how to dial up the emotional highs and lows of the movie with his sound, and it’s brilliant. His range of ability is showcased in Shazam!, and this is why the movie feels like other films you like at times.

Henry Gayden’s script is as close as you are going to get to a direct adaption of Geoff John’s source material. So elements work well while other parts probably should have stayed in the comic book, but Gayden does capture the energy of the characters. Gayden also puts all the Shazam mythos into the film which is a bold choice. 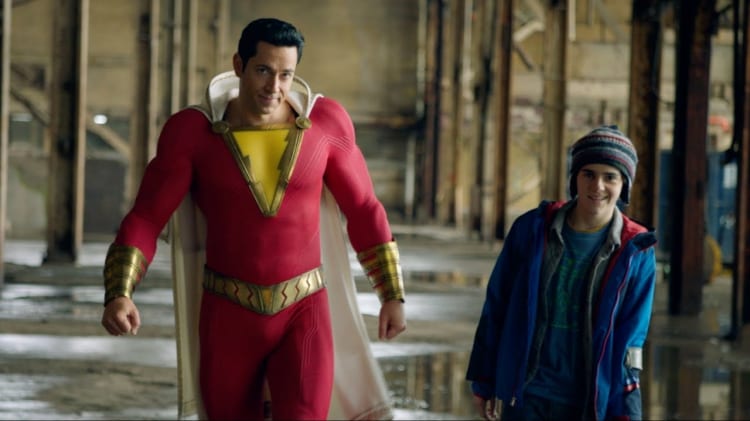 Sandberg’s direction is interesting and draws a comparison to Sami Rami work on Spider-Man because when it goes dark, it goes dark. Warner Bros. still needs to step up its CGI game to compete with Marvel Studios’ polished look. Overall, Shazam! puts out all its goofiness for the world to see and gives the viewer a fun family adventure in return.