The Diamond Days Arc of Steven Universe comes to an end. After being thrown into prison, Steven and Connie must find a way to get help if they hope to escape.

Steven must find a way out of prison.

Let’s not beat around the bush. This episode is a complete detour from the main plot. The entire episode becomes focused on Steven calling for help and having to take the long way to get it. This results in a return of the Watermelon Stevens but is this a bad or good thing?

These intriguing little creatures have adopted a very weird habit. They have become divided with one group still worshiping Steven, the boy (which is done by performing the “T-pose” which has become popular) and the other worshipping Watermelon Steven when he possessed one of the inhabitants during the fight between Malachite and Alexandrite. This would be an interesting scenario, if there were any interest at all in exploring this situation. 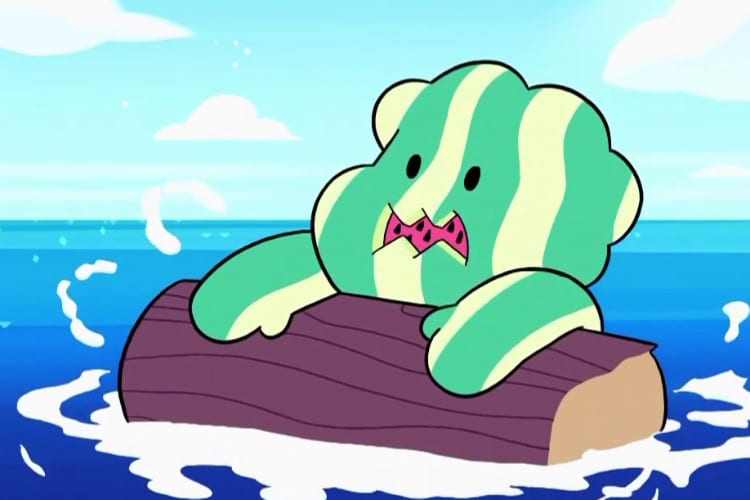 The show finally kicked the plot into high gear recently by taking everyone to Homeworld and Steven having to deal with trying to get the Diamonds to undo the damage they have done. “Escapism” represents a detour from the intense diplomacy in recent episodes in favor of checking in with some of the least important characters in the entire cast. Seriously, an episode featuring the Beach City cast members would have been better. It would also be a welcomed sight as we could see how the town is dealing with the major battle with took place during Ruby and Sapphire’s wedding.

These criticisms seem harsh but the episode isn’t terrible. It’s just not an essential one. Given what has happened recently, the show was on such a roll, this one was is a low point. Luckily with Steven Universe, even the low points are worth watching.