Stockholm is a new crime film written and directed by Robert Budreau and starring Ethan Hawke, Noomi Rapace, and Mark Strong. The movie tells the story of the bank heist and hostage situation in 1973 Stockholm that was considered to be the birth of the Stockholm Syndrome. It debuted at the 2018 Tribeca International Film Festival.

The core premise of this film is definitely interesting. Bank heist movies are (almost) always fun, and one that explains the origin of the Stockholm Syndrome is intriguing. However, the script becomes almost anticlimactic at times because you can’t really take the threats of the victims or the hostages seriously, knowing the foundations of the psychological condition.

That being said, the movie is still very fun to watch because of its unconventional approach to the heist film. Seldom does a heist movie take place in a single location, so the fact that it was done this way and manages to keep your attention is impressive. Instead of aiming for sustained tension, this film instead opts to go for short bursts of tension with a focus on drama rather than thrills.

In many ways, the movie is also a dark comedy. There are plenty of moments throughout that will make you laugh because they are so ridiculous and almost unbelievable. It seems like everything is going wrong for the protagonist, and it is a whole lot of fun to watch how things unravel over the course of the film. 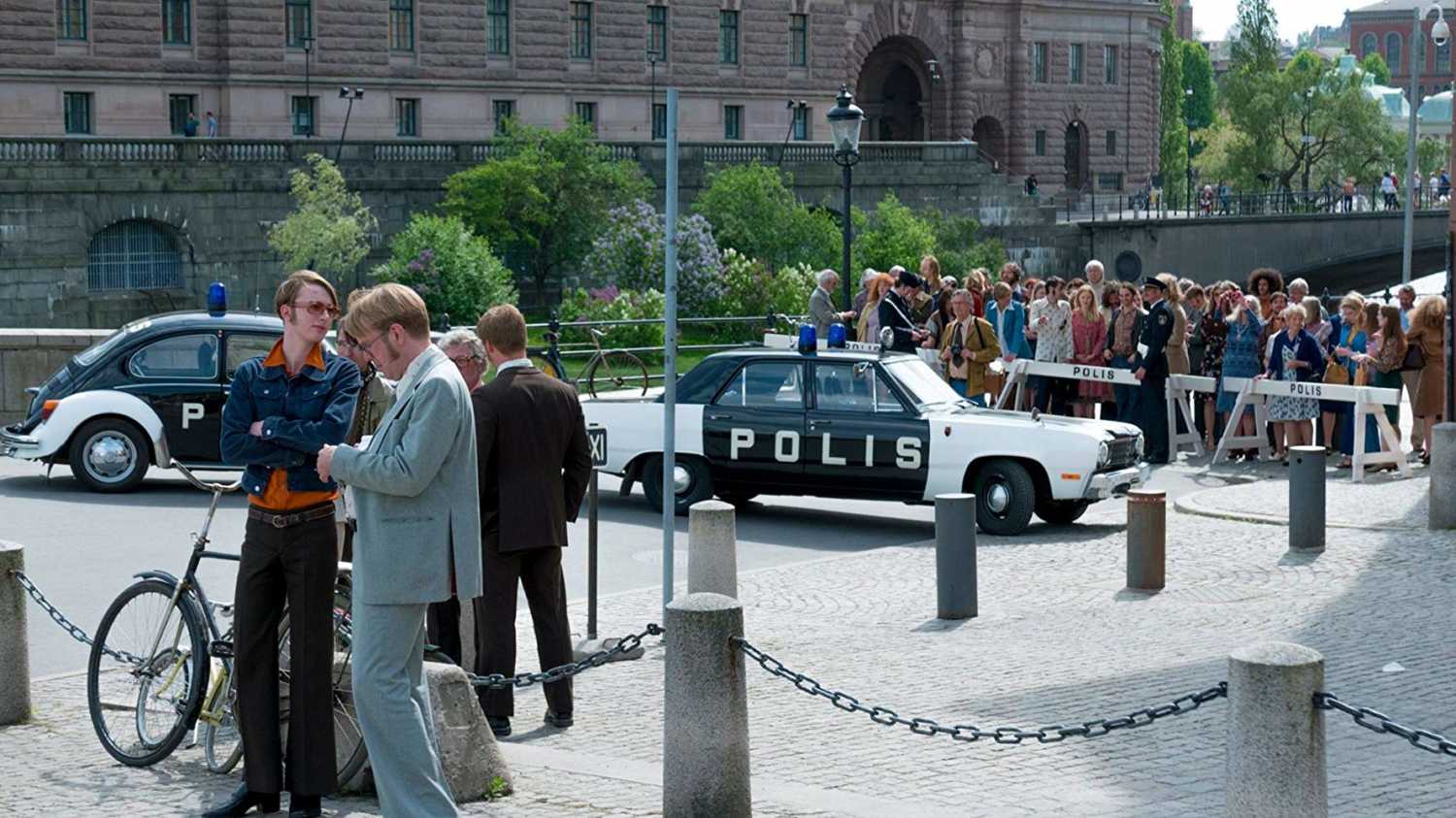 One of the most effective things about the movie is its development of the protagonist. The film is able to really drive home its point about Stockholm Syndrome by making him into an intensely sympathetic character. However, this does come at the expense of the other characters, particularly the hostage played by Noomi Rapace who is the victim of Stockholm Syndrome.

The actors all do a very good job in their roles. Ethan Hawke is one of the most talented actors working right now, and this movie gives him another opportunity to shine brilliantly. His comedic timing is impeccable, and he handles the emotional moments in the latter half of the film quite well. Rapace isn’t given as much to do in her role as she can do, but she is solid nonetheless. The supporting cast, including Mark Strong and Christopher Heyerdahl, is good too.

On a technical level, the movie was mostly strong. The cinematography and production design are both relatively minimal, but do a very good job of establishing the film’s setting. Not only do these things help periodize the movie, they help make the film create a sense of entrapment, particularly once the conflict starts to rise.

Overall, Stockholm was a quite enjoyable crime movie. Although it does have some flaws, the great performance by Ethan Hawke and solid dark comedy make it something you’ll definitely want to check out.

Stockholm opens in theaters on April 12.