The anime Teasing Master Takagi-san, or the original translation Karakai Jozu No Takagi-San is a series about pranks and school days. Is it a new classic for those who enjoy school antics or should it be left in the school library?

Tired of being mercilessly teased by his classmate Tagaki, Nishikata vows to get back at the girl that’s made him blush countless times. After all, if you blush you lose! But getting vengeance isn’t so easy when every attempt blows up in his face. Will Nishikata ever make Takagi blush, or will he gain something more fulfilling from his bumbling attempts?

There are no surprises with this show. It’s just as the summary describes. There is no major plot twist or dramatic event which happens a few episodes in. Neither of the main characters has a life threatening disease or is revealed to have super powers from a previous life. Nishitaka gets teased by his classmate Tagaki, again and again. This is the plot. This series gets a bit repetitive because of it. If you are able to lock onto the childhood love the series teases at then there is something to be appreciated from watching the entire show.

There also is are moments where three of the pair’s classmates Yukari, Mina, and Sanae take the spotlight. Then it becomes a three stooges act without the slapstick. It can be cute but can lose its appeal fast. 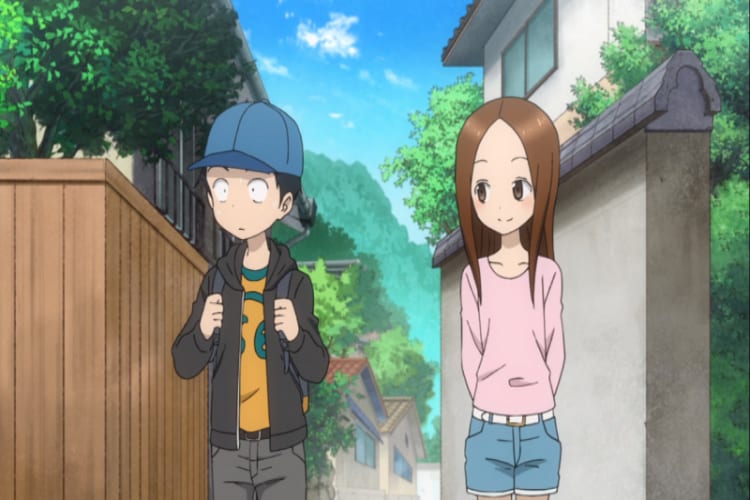 The animation is bright and detailed enough but doesn’t do anything spectacular. Of course given the show is supposed to be down to earth and practical this style is perfect. The beginning and ending sequences are the best bits of animation reflect the lighthearted nature which comes from comes from childhood love.

This set is barebones in terms of extras. Just trailers for others series Funimation released. No score for a release with just trailers. 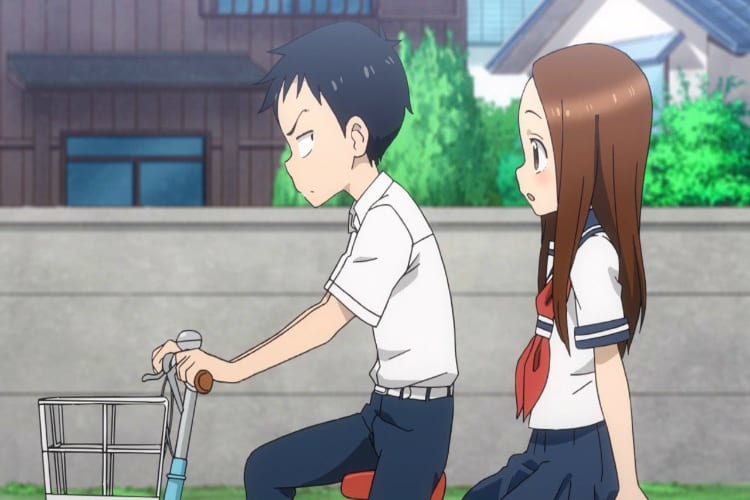 A series which doesn’t take itself too seriously can sometimes be a good thing. If you are looking for an innocent story about young love than there are worst shows you can watch. Check out Teasing Master Takagi-San the next time you need to something light after watching an anime which made you question everything you hold dear.