Review: THE ANCIENT MAGUS’ BRIDE: Part One Is A Beautiful Collection

The Ancient Magus Bride was called one of the best anime series to come out of 2017. Now the series has gotten a physical release in America thanks to Funimation. Is it still worth checking out or has the magic been lost in translation?

Suffering a tragic childhood, Chise Hatori has lost all hope for happiness until a mysterious mage named Elias takes interest in her aptitude for magic. To survive, she must learn to wield her powers while Elias must learn what it means to be human. Unaware of what lies ahead, he decides to make her his apprentice–and his bride. 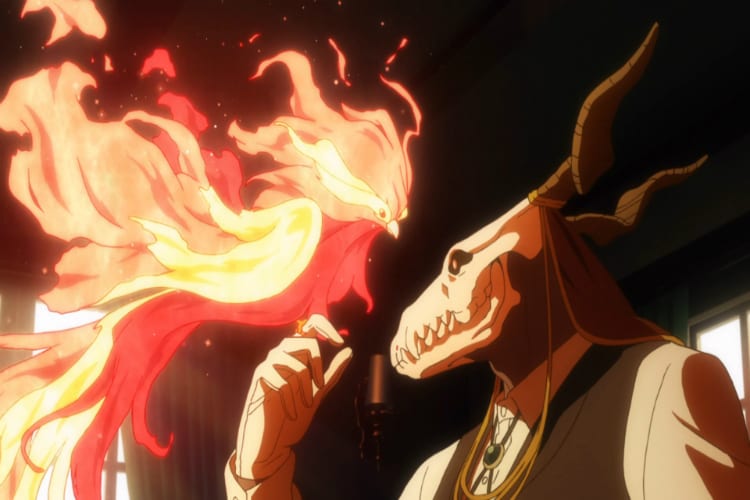 This series is straight to the point with its drama. Within the first few minutes of this show, the audience is introduced to Chise, the world she lives in, and hints at the tragic mystery behind Chise’s backstory. Few series have a way of drawing in the watcher so fluidly in just a short amount of time.

From episode to episode you will find yourself enthralled by the characters and the world they inhabit. Elias, the ancient magus is a truly intriguing character. He has a mixture of charm, intrigue, and wisdom. Chise seems like a blank slate at times but this is the appeal of her character. She is someone who has had such a terrible and trying life, she is unable to cope with a lot of what experiences on an emotional level. She is often just floating through this world of magic, unsure of how to react to what she is seeing. The more these two interact, the more compelled you are to keep watching to see how their relationship will grow. 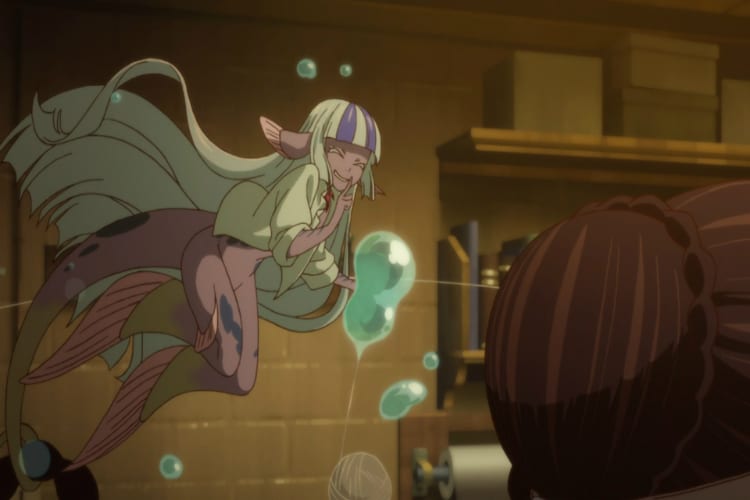 The series is beyond gorgeous and is nothing short of a visual masterpiece. The use of colors helps to elevate the sensation you are watching a world of magic. The production makes every moment help to ensnare the audience. Frankly, there are few if any errors which come from the animation.

The music for the series aids to help to keep the audience under its spell. The opening “Here” by Junna helps to express both the mysterious nature and depth of the piece all at once. The ending theme, “Wa-cycle” by Hana Itoki is light and airy as if hoping to alleviate the audience of the intense drama they just witnessed. Both songs aid greatly in the storytelling structure of the series. 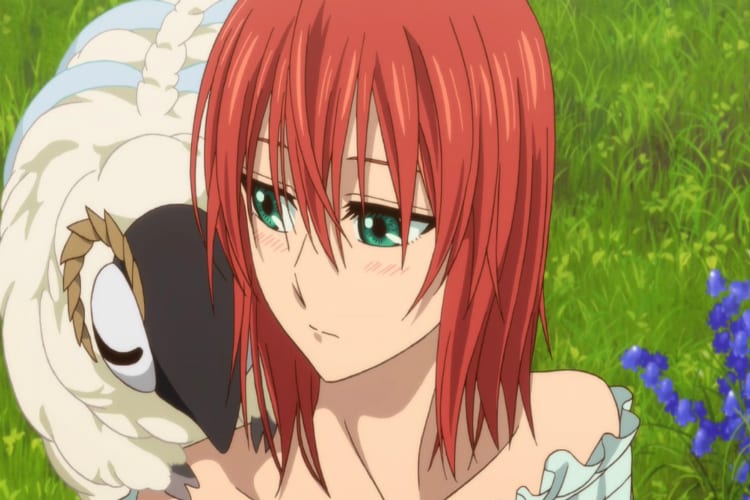 The extras which come with this collection are incredible. The physical gifts of a fabric poster, a 40 page artbook, and exclusive art cards are worth the cost alone. What puts the collection over the top is the inclusion of the OVA series, The Ancient Magus’ Bride: Those Awaiting A Star. In previous instances this could have been sold separately. Instead, Funimation decided to give there fans a gift by including it with the collection.

The Ancient Magus’ Bride: Part One is available on Amazon.