The Russian Five is a new documentary film directed by Joshua Riehl. It tells the story of how the Detroit Red Wings revolutionized the NHL in the late 1980’s by drafting five players from the Soviet Union who defected from the Soviet Army in an attempt to bring the Red Wings to victory in the Stanley Cup after they experienced a long losing streak.

The story that lent itself to this documentary is interesting. For someone who is not particularly familiar with or interested in sports, the story of these players was still intriguing because the movie does an excellent job of highlighting how important it (supposedly) is to the course of hockey history. However, if someone is already familiar with what happened, they may not find it to be quite as fascinating.

The film is also enjoyable for those who aren’t hockey fans because of the relevance the story has to world politics in the 1980’s. Although the story isn’t overtly political, those elements are definitely there. The U.S.S.R. was late in its life when these events were occuring, so the fact that these players essentially defected from the Soviet army should show something about how the former superpower was treating its people.

That being said, the movie does have the potential to disappoint hardcore sports fans who watch the film. The information and perspective that the movie offers on the events are relatively straightforward and shallow. This presents a bit of a catch-22, as the simple and straightforward nature of the film also allows it to be more accessible to general audiences. Unfortunately, the movie couldn’t find a middle ground between the two styles. 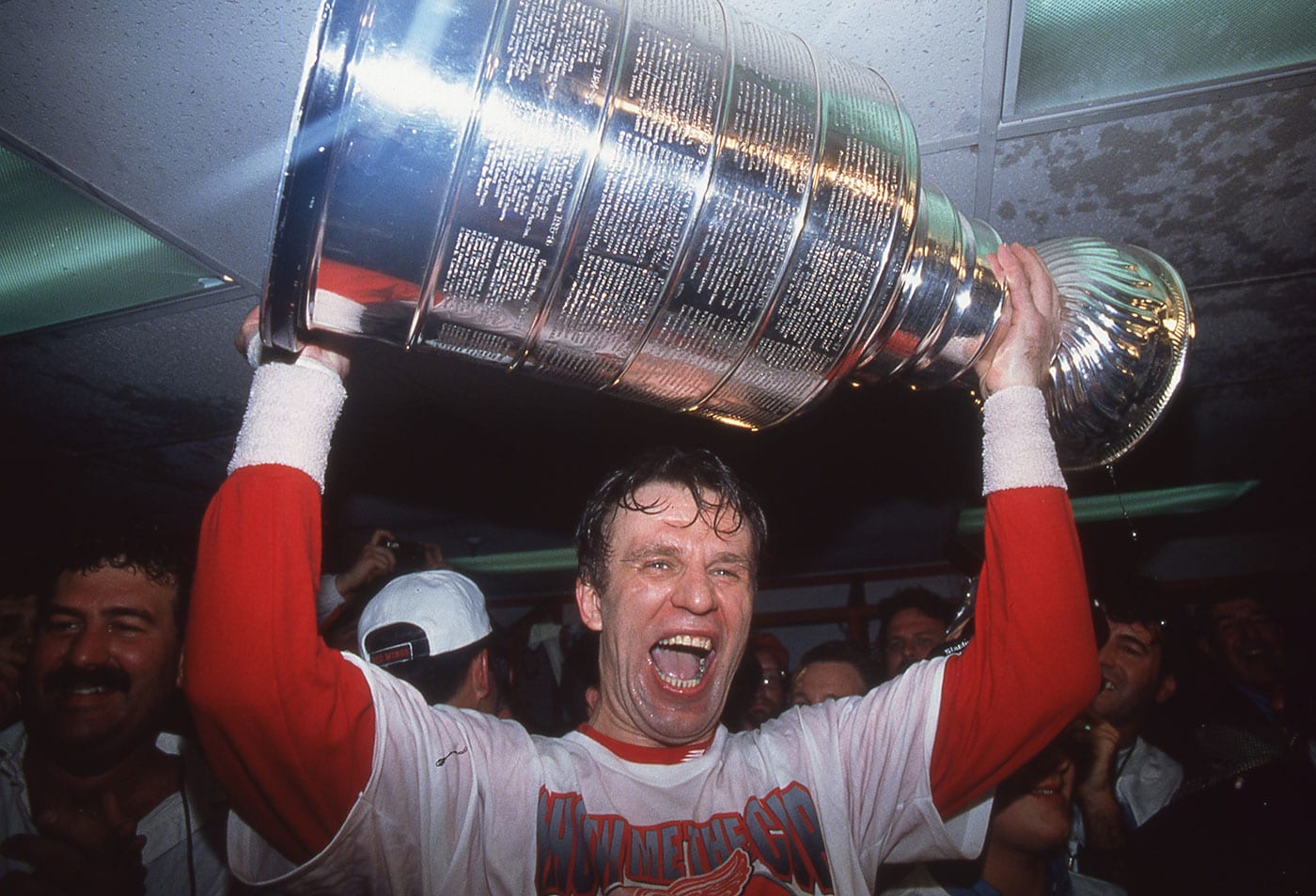 The film also does a poor job of developing the subjects of the movie. Instead of focusing on the players and how they affected the history of the sport, it was more about how the team’s management made an impact. Unfortunately, the management is nowhere near as compelling as the players, and as such, the story does not land as it likely should. If the film would have explored the players’ lives with more depth, it would have been better.

Furthermore, the movie has some minor pacing issues. The runtime is just under an hour and forty minutes, but it could have been about twenty minutes shorter. The film lingers a bit too long after the main arc ends, and there is also quite a bit of fluff. One of the more questionable decisions in the movie was including interviews with famous fans of the Red Wings, like Jeff Daniels. If the filmmakers had went all-in with this, it would have worked, but as is, it feels inconsistent.

On a technical level, the film was mostly solid. The interviews are well-shot and conducted in a way that does a good job of telling the story. The use of archive footage is pretty effective at drawing you into the past. The final storytelling method utilized by the movie was animation. Although the animations look really good, they aren’t particularly essential to tell the story. An interview could have accomplished the same purpose with more emotion.

Overall, The Russian Five was a decent documentary. Despite feeling overlong, it somehow manages to not accomplish everything what it sets out to do. Regardless, it is pretty accessible and enjoyable.

The Russian Five is now playing in select theaters.