Review: THE SECRET LIFE OF PETS 2 Is The Superhero Surprise Of The Summer

The Secret Life of Pets 2 is the much-anticipated follow-up to Illumination’s 2016 hit. The film continues the story of Max and his animal pals as they go on wacky adventures, including a trip to a farm that leads Max on a journey of self-discovery and a superhero-like quest to rescue an abused circus animal.

The biggest issue with the first movie was that its plot was generic and felt very redundant of Toy Story. This film feels far more original and has a ton more narrative energy. The story is episodic, containing three smaller stories that eventually come together in the end. Because the movie is basically three mini-movies that offer a little bit of everything, watching the film feels akin to watching a Saturday morning block of cartoons, which is not something that is commonly done by movies anymore.

The biggest draw of this film will be getting to see more comedic hijinks with these adorable characters. Although the story is self-contained, the character development benefits if you have seen the previous movie. Some characters, like Snowball and Duke, don’t have a particularly significant emotional arc. Other characters, like Max and Gidget, are made to be far more compelling in this film.

There are a ton of funny moments throughout, some of which will cause you to laugh-out-loud. A majority of the humor is of the cute and goofy slapstick variety, and that will please the younger audiences and amuse their parents. The movie also contains some double entendres and older-aiming jokes that are sure to be hilarious to older audiences.

Furthermore, this film feels much more emotionally resonant than its predecessor. Max’s journey to assimilate to his new lifestyle is one that will be touching to pretty much anyone who has siblings, as it closely mirrors the emotions a kid can face when their parents have another child. The stories involving Snowball and Gidget don’t really have as much emotional impact, but they are quite entertaining. 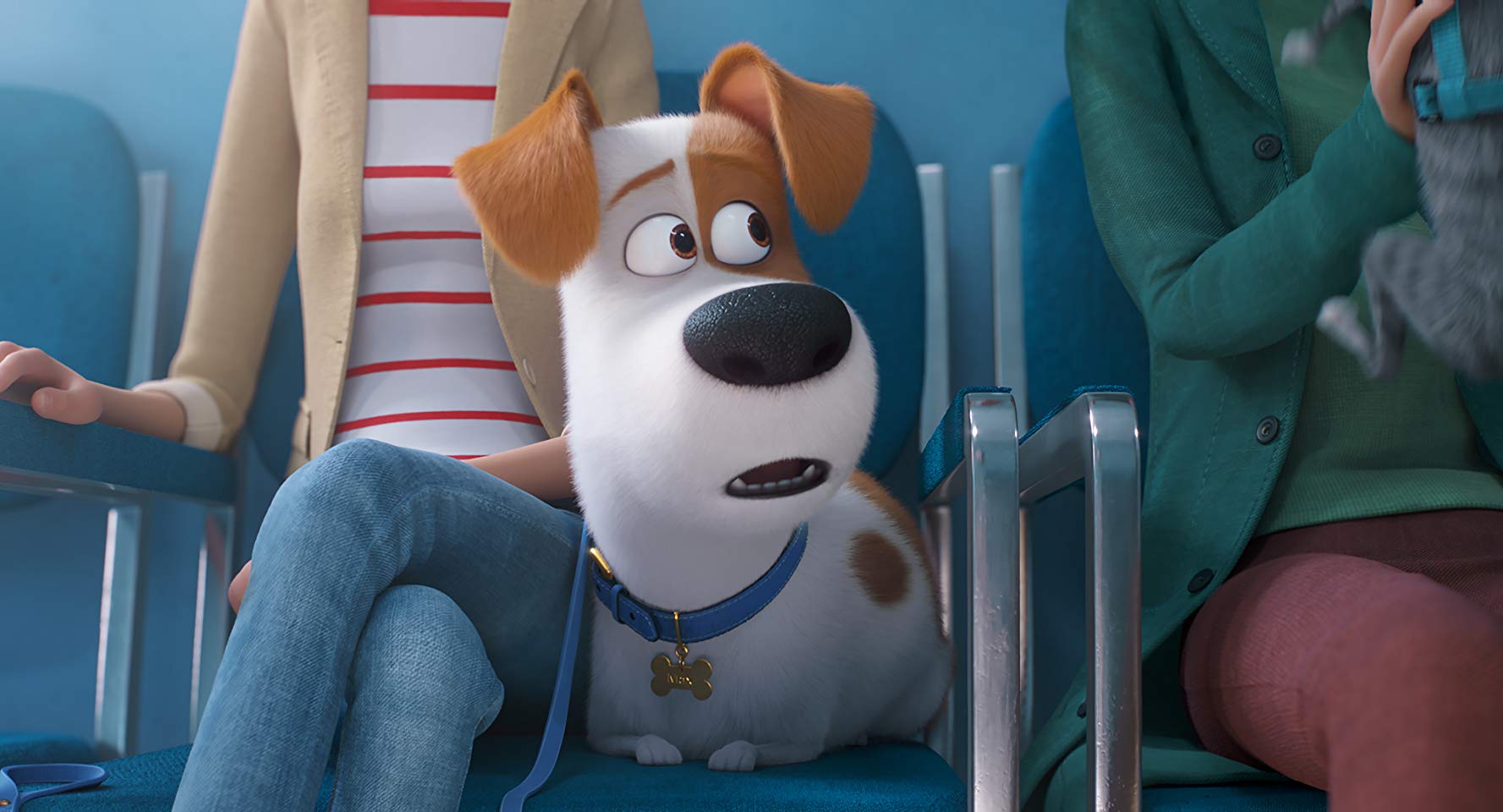 The movie contains some great messages about courage. A significant part of the film is about having the courage to accept change in your life. Change may not always seem like a good thing, but it is our responsibility to grow from change and realize that life is out of our control. The movie also talks about what it means to be a hero and how someone should always have the courage to stand up for what is right.

The voice cast for this film is massive, containing some extremely talented comedians. Some of the returning cast, like Lake Bell, Hannibal Buress, and Eric Stonestreet, aren’t used as extensively in this movie but are good when the story calls for them. Patton Oswalt replaces the disgraced Louis C.K. as the voice of Max, and the transition was surprisingly smooth. Other new additions include Harrison Ford and Nick Kroll, who are both quite funny. It is unlikely we will end up seeing more of them in future entries because of the way the story fell, but they both seem like they were having fun in their roles.

On a technical level, the film was very impressive. All of Illumination’s past movies have been very well-animated, so you would expect nothing less of this. In fact, this almost seems more ambitious than any of the past films by the company, as it features a few sequences with different and unique animation styles, such as a dream sequence that slips into 2D animation. Additionally, the movie’s soundtrack is great, containing both many memorable tunes and a solid score by Alexandre Desplat.

Overall, The Secret Life of Pets 2 is a superior sequel to a film that was well-received by audiences. This is a movie that anyone with young kids, or anyone who is young-at-heart, won’t want to miss.

The Secret Life of Pets 2 opens in theaters on June 7.