The Silence is a new Netflix original film directed by John R. Leonetti (Annabelle), an adaptation of the sci-fi/horror novel of the same name by Tim Lebbon. The movie is about a family with a deaf teenage daughter (Kiernan Shipka, The Chilling Adventures of Sabrina) who is trying to escape a swarm of dangerous ancient creatures who hunt their prey with their sense of hearing.

It may seem that this film is the newest in a trend of sense-based horror movies, and to a certain extent, it is, but it is important to note that the source material came far before A Quiet Place and Bird Box, and the shooting of the adaptation occurred around the same time as those two other films. As such, it wouldn’t be fair to say that this movie is trying to capitalize on the popularity of these hits.

The concept behind this film is definitely quite intriguing, largely because it ties back to the primal concept of survival. The story can almost be forgiven for its core simplicity because of how effectively it targets the pathos and fear that is common to all of the audience members. Monsters that attack sound are inherently terrifying, hence why A Quiet Place had so much success in 2018.

One of the biggest issues with the movie is that it feels too short. There is a lot going on in the story (a 400-page book was condensed into a movie that is less than ninety minutes, after all), so the whole thing feels rushed. The first ten to fifteen minutes shove in all of the necessary exposition, we jump from action scene to action scene, and then the movie ends. Had the film slowed down and added fifteen to thirty more minutes, it would have felt more cohesive and satisfying. 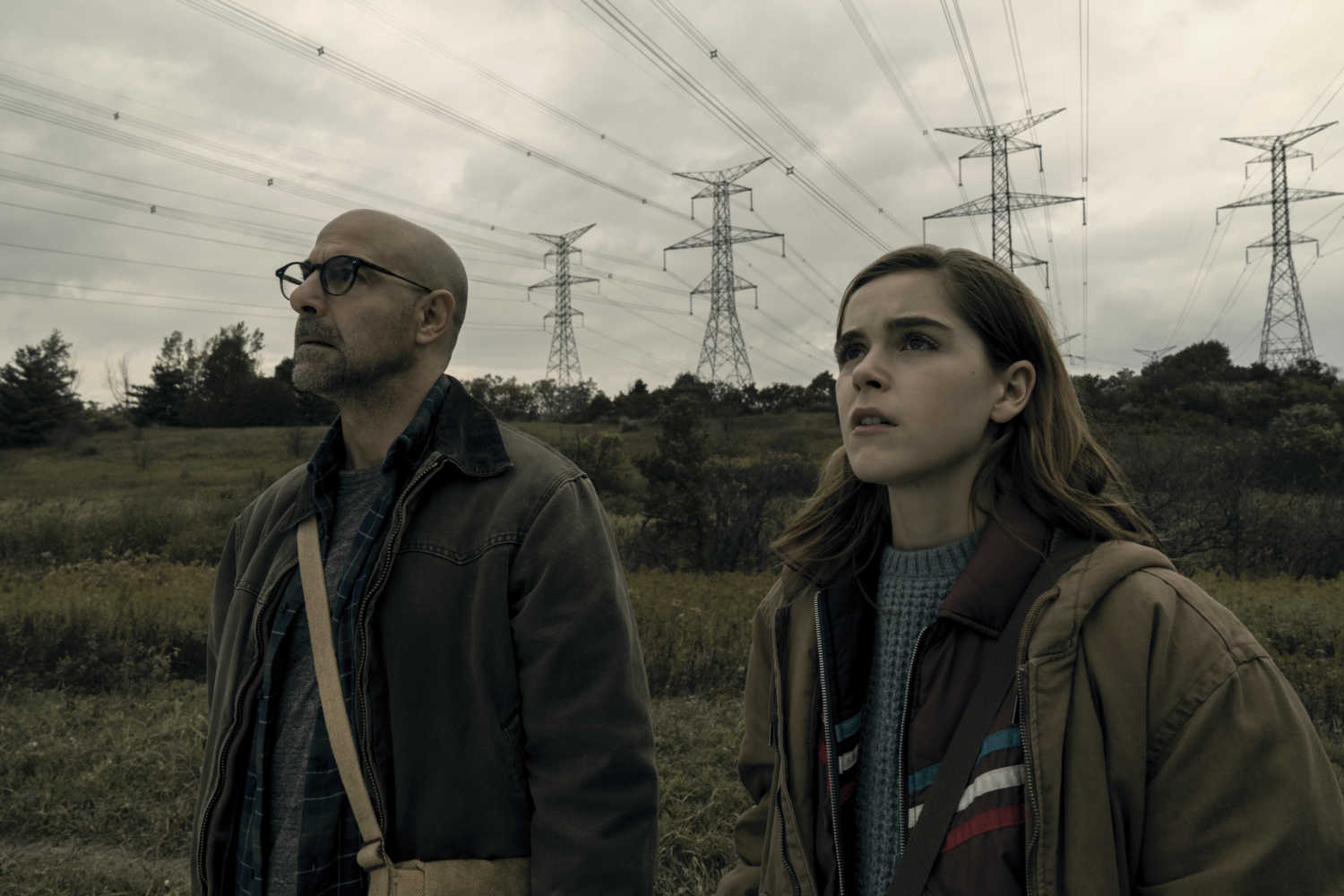 The character development is the main thing that suffers because of the short runtime. Since so much of the exposition is forced into the beginning, there is very little time to give the characters an adequate backstory. For example, the incident that caused the protagonist’s deafness is mentioned briefly, but the emotional implications of it are never explored. Additionally, there are secondary antagonists introduced late into the movie that feel unnecessary and forced.

That being said, because of the quick pacing, the film does succeed at creating a consistently suspenseful and intense tone throughout. The movie doesn’t allow you any time to stop and catch your breath, much less slow down enough to catch some of the flaws in the logic of the film. If nothing else, the movie serves as great mindless fun.

On a technical level, the movie was somewhat rough. There needed to be a bigger budget for visual effects, a greater amount of time spent in post, or a bit of both. The design of the creatures from far away or in the more hectic shots is pretty disturbing. However, when there are shots featuring the creatures in full-on display, they appear heavily animated and unrealistic, almost ruining the atmosphere. That being said, the film soon draws you back in with the bloody aftermath of the monsters’ attacks.

The acting is perhaps the most impressive part of the movie and the main reason why it is worth watching. Stanley Tucci singlehandedly elevates the film. By no means is this among his best work, but he does a solid job as the star of a horror flick. Kiernan Shipka is solid in her role too, although she isn’t really able to sell the character’s deafness.

Overall, The Silence was a relatively enjoyable movie. This is the type of film that would be a mostly pleasant surprise as a blind pick on a Netflix dive.

The Silence is now available on Netflix.