Tuca & Bertie is a new Netflix original series from the minds behind BoJack Horseman starring Ali Wong and Tiffany Haddish. The show follows two thirty-year-old birds who are best friends, one a wild and unpredictable toucan and the other an anxious songbird who dreams of doing more with her life.

It is easy to see the comparisons between this show and BoJack Horseman, both in visual style and the growth that the characters must experience. However, it is worth noting that Tuca & Bertie is far less cynical, approaching the world in a way that is likely more palatable for more people. Even though the show does show some of the darker aspects of society, it focuses more on the good and how people can learn and grow from both the good and the bad.

The series tackles some pretty hefty themes in a way that is effective and thought-provoking. One theme that recurs throughout the show is sexual harassment. The series does an excellent job of not only exposing the problem, but some of the other issues related to it, such as the complicity of bystanders and society’s tendency to turn a blind eye towards what is happening.

A big part of the reason why the show works so well is that the friendship between the two eponymous main characters is developed so effectively. In the later episodes, the relationship does begin to feel a bit formulaic and predictable, but it is compelling nonetheless because of the strong way in which it was built earlier. The yin-yang balance of the friendship is completely believable and well-written.

Because you care about the relationship between the characters, it is easy to get invested in the story emotionally. For most of the show, a majority of the emotional change occurs on the part of Bertie. She is, for all intents and purposes, the protagonist and Tuca is her comedic “sidekick”. However, Tuca does have a series of mini-arcs, including one in the final episode that is highly compelling, showing that it will be interesting to see where the character goes in future seasons (this show should have no trouble getting greenlit for a season 2). 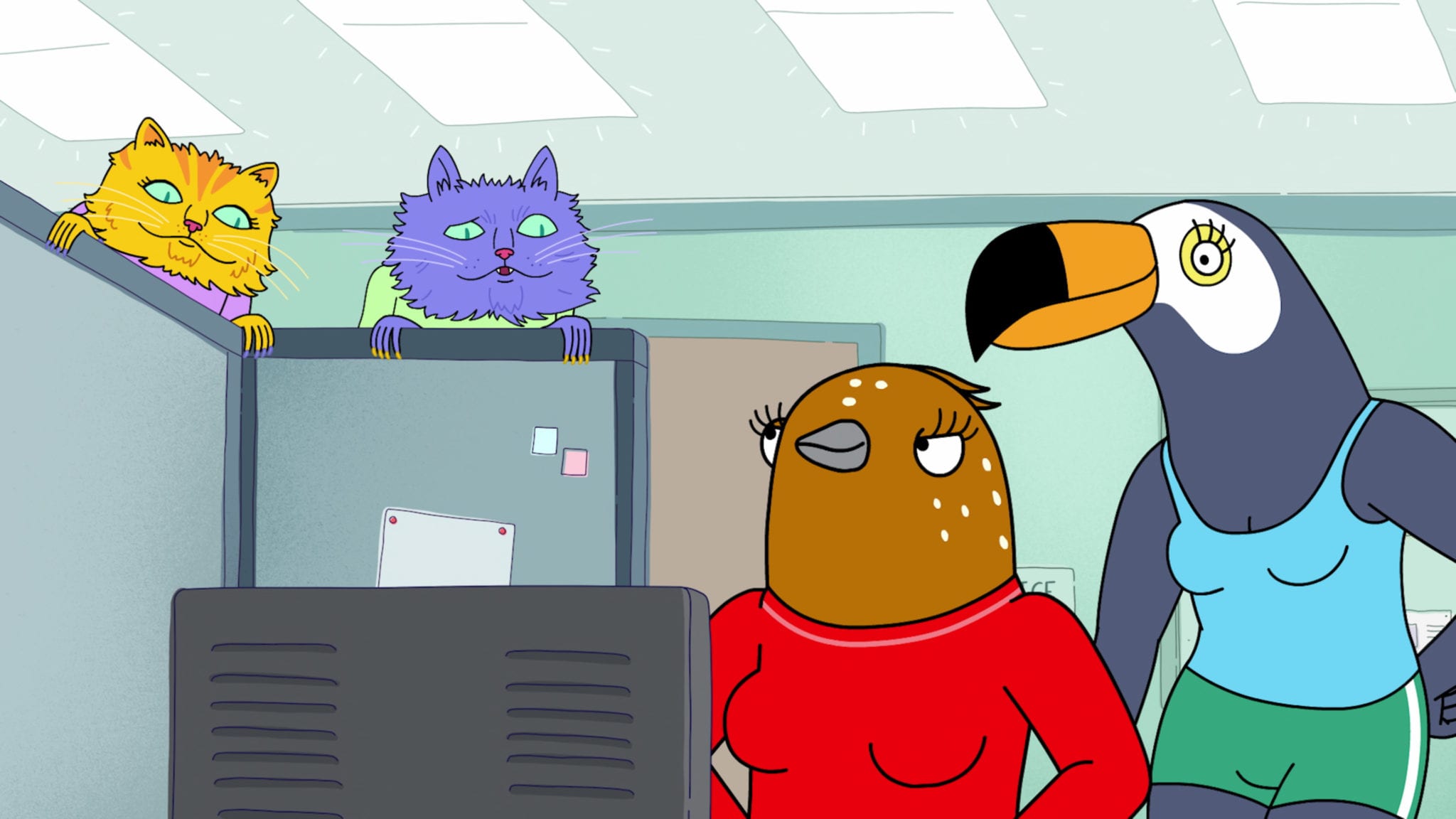 One thing that helps the relationship between the characters become so effective is the perfect casting of Wong and Haddish. Haddish initially seems like she is going to be performing her usual schtick but soon proves to be giving a performance that is far more nuanced and layered than the norm. Wong is excellent in her role too, giving a performance that is subtle yet consistently funny. They are complemented by a great supporting cast including standout turns from Steven Yeun, Reggie Watts, and Richard E. Grant.

Also quite effective is the show’s surreal sense of humor. If you thought that BoJack Horseman was weird, wait until you see this show. The single best joke in the show involves a haunted cake, although there are plenty of moments that will make you laugh out loud. Although not all of the comedic moments entirely land, there is something for everyone’s sense of humor, from the dark to the ditsy.

The animation of the series is very good too. It shares quite a bit in common with BoJack Horseman in the way that the anthropomorphic characters come to life, but this series also takes quite a few more artistic risks in its execution. Some of the most aesthetically impressive sequences in the show are those which stray away from the film’s main visual style, like a claymation scene or a scene told through puppets.

Overall, Tuca & Bertie is a very good show. Although the level of energy does get to be a tad overwhelming at times, the show is highly enjoyable thanks to great performances by Ali Wong and Tiffany Haddish and some witty and insightful writing.

All episodes of Tuca & Bertie are now streaming on Netflix. (All ten episodes were reviewed.)