Review: WARRIOR – The World Needs Andrew Koji More Than Ever

Warrior from Cinemax debuts Friday, April 5, and the pilot is exactly what viewers need right now amid the overcrowded world of television. Andrew Koji leads the way as the Bruce Lee-esque star full of swagger.

Marco Polo and Into the Badlands are shows where the martial arts are the main attraction; Warrior takes the time to push the fight scenes to a new level, one where modern cinematography merges with 70s King Fu films. The director, Assaf Bernstein, takes control of the first episode and doesn’t let go, and show creator/writer Jonathan Tropper introduces characters that are memorable and engaging. Thirty-minutes into the pilot, I’m giddy for the potential showdown between Ah Sahm (Koji) and the crazy Irishman Dylan Leary, played by Dean Jagger.

Going back to Tropper’s writing, the characters are perfectly designed with flaws and motives. The setting of San Francisco’s Chinatown in the aftermath of the Civil War is amazing in the fact that you can have conversations about race and inequality, but use the bloody reality of 1878 to accentuate points. Warrior is raw and in your face.

Since the show is based on the writings of Bruce Lee, it’s hard not to compare Koji to the mythic figure. Koji takes on his character with a moxie we haven’t seen since Keanu Reeves powered up The Matrix. Koji is a likable badass with a quick tongue in Warrior; what more do you want from your hero? The fun, half smirk is what gives Warrior the Bruce Lee feel, and boy has the world missed Bruce Lee’s smile.

Bernstein directs a scene where Jagger is destroying a giant man as they box outside an Irish Pub in the rain. The dark blacks, flames, and hint of music gave this reviewer flashbacks to The Crow and Brandon Lee. The tragic life and death of the Lee family is everywhere in Warrior but the series honors the legend and highlights what we miss most about Bruce and Brandon.

Warrior scratches an inch, much the same way Star Trek: Discovery did. You won’t realize how much you need this show until you watch it. 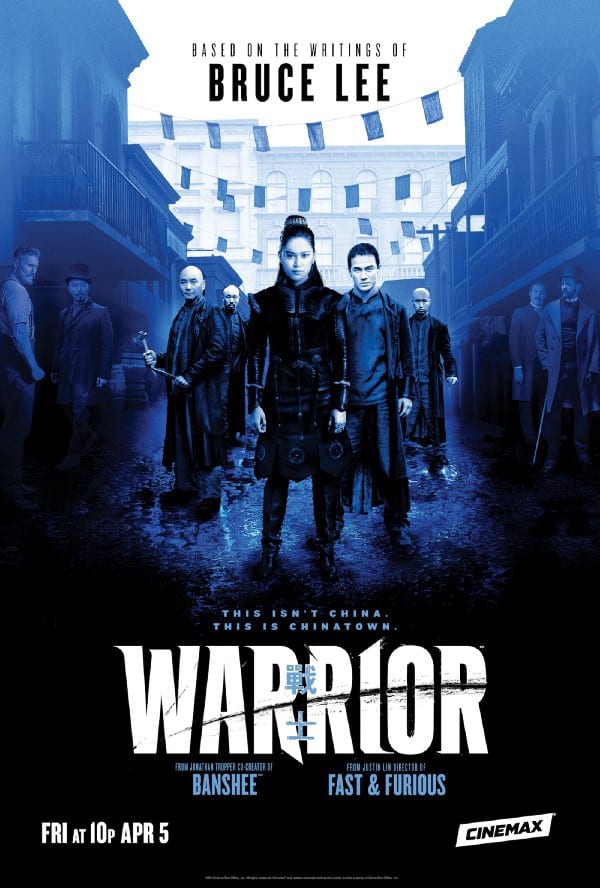