Review: Why CAPTAIN MARVEL Is A Truly Great Superhero Film

For the most part, the Marvel Cinematic Universe has become known for making films that blend the superhero movie with other genres. For example, Thor: Ragnarok is the quirky comedy version of a superhero movie, Ant-Man is a heist superhero movie, and so on and so forth. Their newest film, Captain Marvel, bucks that trend in the best way possible, providing an old-school superhero movie that is, quite frankly, one of the MCU’s best to date.

This movie has been plagued by internet trolls from the get go. Having seen the film, one thing is clear: don’t listen to them. Apart from the (insanely stupid) criticism from people who refuse to watch a female-driven superhero movie, there will almost certainly be some pushback upon the film’s release because of the liberties the script takes in adapting the source material. Let those fanboys be upset, and enjoy the movie for yourself! The liberties that were taken are absolutely for the betterment of the story!

This has to be one of the most-well written superhero origin stories to come out in a long while. It truly takes the tropes and turns them on their head. Carol Danvers is basically a reverse female Superman, and that’s just truly awesome to think about. In almost every way, Captain Marvel is the best Superman movie we are going to ever have. 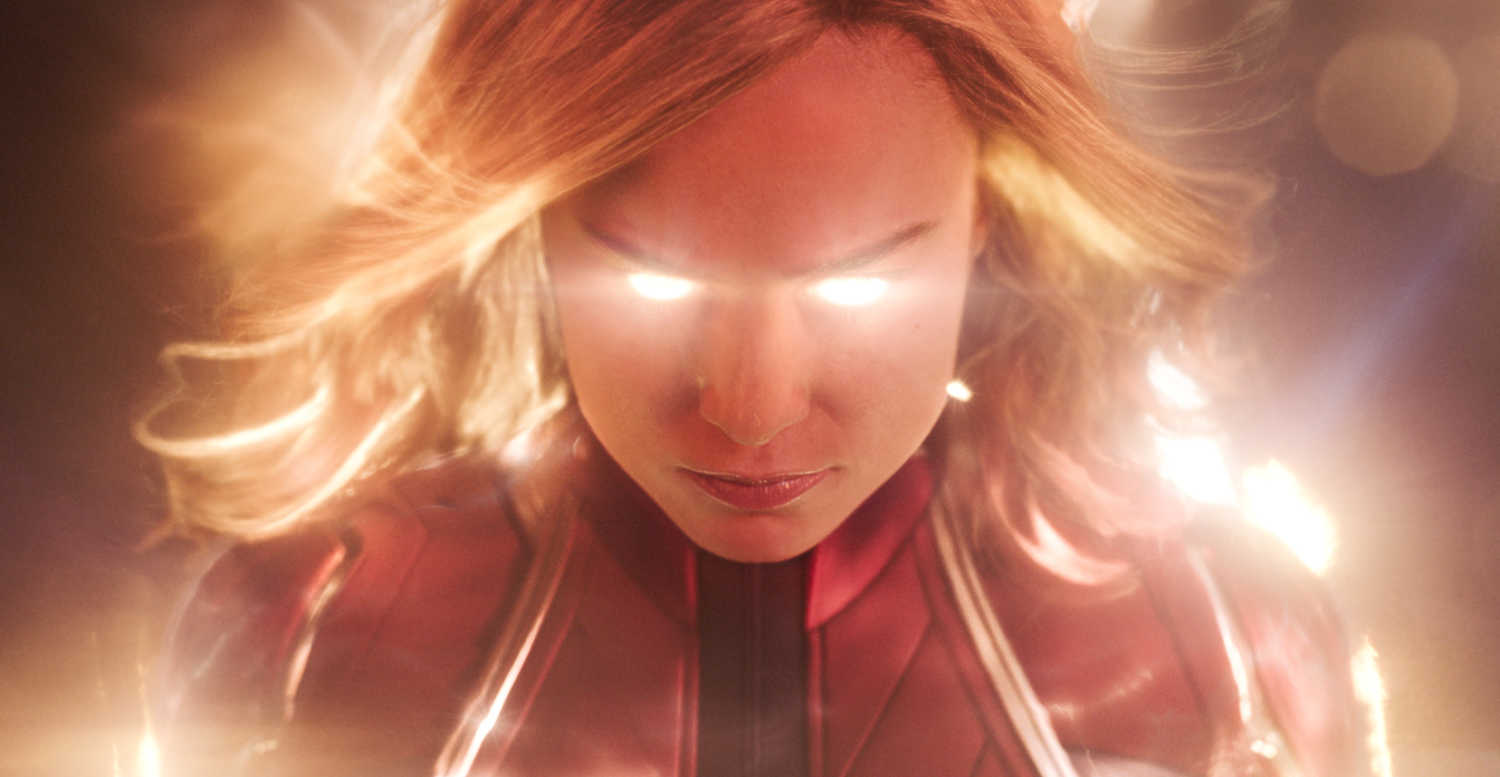 A significant part of what makes this film work so well is the character development. Carol Danvers is intensely sympathetic, and despite the fact that she is the most powerful of the superheroes to be introduced in the MCU yet, still manages to feel very human. Her relationships with the other characters in the movie, such as Nick Fury and Maria Rambeau, help develop her even further.

The humor in the film is also quite strong. That being said, unlike in movies such as Guardians of the Galaxy or Thor: Ragnarok, comedy isn’t the focus. Rather, humor is infused into the film in a way that is both natural and absolutely hilarious. Some of the humor comes from the retro and nostalgia factors. However, perhaps the funniest part of the movie is a recurring gag involving a cat.

The film also succeeds in delivering some absolutely phenomenal action sequences. From the beginning, you can tell that the action is some of the best of the MCU. The close combat is the most exciting, but there are some great aerial fights too. The best scene in the movie is a fight scene set to the song “Just a Girl” by No Doubt.

The performances in the film are great too. Brie Larson knocks it out of the park in her lead role. She nails the action, comedy, and emotion with ease. Kong: Skull Island proved her potential to handle a role like this, and she took it and ran. Samuel L. Jackson does a great job in his role too. Both he and Larson look like they are having a great time in the movie, and this impacts the film as a whole positively. Ben Mendelsohn is also a standout in his supporting role.

Overall, Captain Marvel was an excellent entry into the MCU, perhaps even one of the best yet. The action is great, the humor is funny, and the story is unique. What more could you ask of a superhero movie?