Outsiders picks up a few years after the events of last season. This season introduces newbie heroes Halo, Geo-Force, and Forager. Under the tutelage of the original Young Justice members like Nightwing and Tigress, the new squad takes on metahuman trafficking. These new characters are a lot of fun, and help the series feel fresh. The dynamic between Halo and Geo-Force is sweet, and Forager is delightful. These new “Outsiders” make a great entry point for the revitalized series. 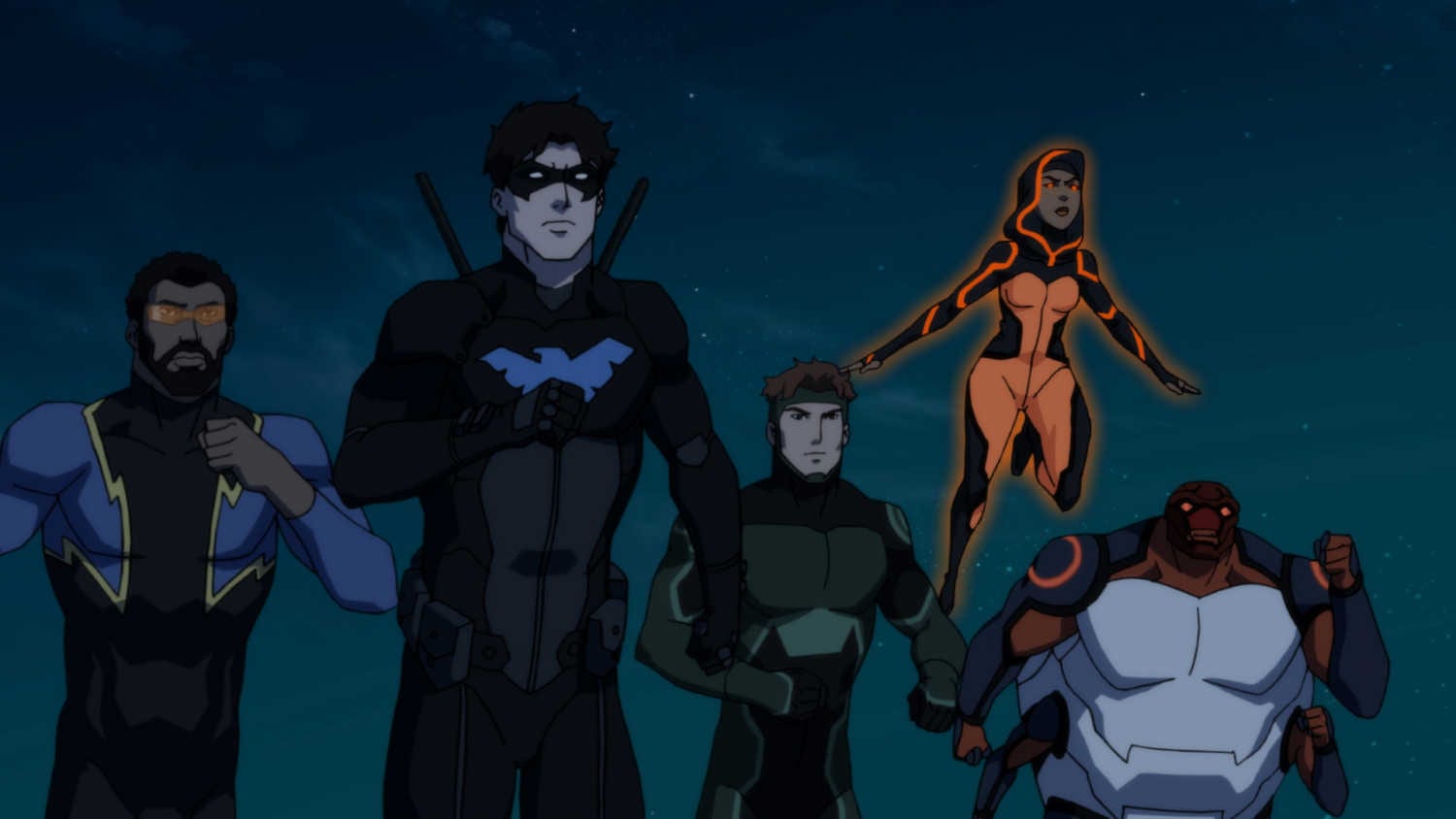 But while the new kids are fun, Young Justice: Outsiders is missing many of the familiar faces. There are a lot of previous protagonists that get next to no screen time. As a Young Justice fan, I miss Aqualad (who’s now the new Aquaman, and appears briefly in maybe two episodes). Miss Martian is also on the sidelines, mainly appearing as Superboy’s doting fiancé. A solid amount of the show doesn’t just spend time away from the Outsiders – it doesn’t involve the Young Justice team at all. Yes, Batman is cool, but I don’t watch this show for him. While the show always introduces new heroes, this season spends the smallest amount of time with its titular team.

These side adventures also break up the primary plot. Young Justice: Outsiders dilutes the main story with frequent cutaways to non-essential characters. This is especially disappointing when it comes to Granny Goodness. Granny pretends to be benevolent all season, while secretly plotting to brainwash teenage metas with her Goode Goggles. This scheme runs through the whole season, but for some reason, it’s resolved offscreen. We don’t get to see the presumably awesome Miss Martian vs Granny Goodness fight. I would’ve much rather seen that than Bane vs Metamorpho.

Cyborg is an interesting instance of this story imbalance. Young Justice is yet another DC Universe series to add Cyborg to its ranks. The Cyborg storyline toes the line between fitting the season’s theme and pulling us away from what we want. The show does a great job with his origin story, and it’s easy to see how he feels like an “outsider.” But the only way he services the season’s story line is pulling Halo out of the final battle. Their fight is interesting, but if Cyborg exists for only his own story, did Young Justice really need him? 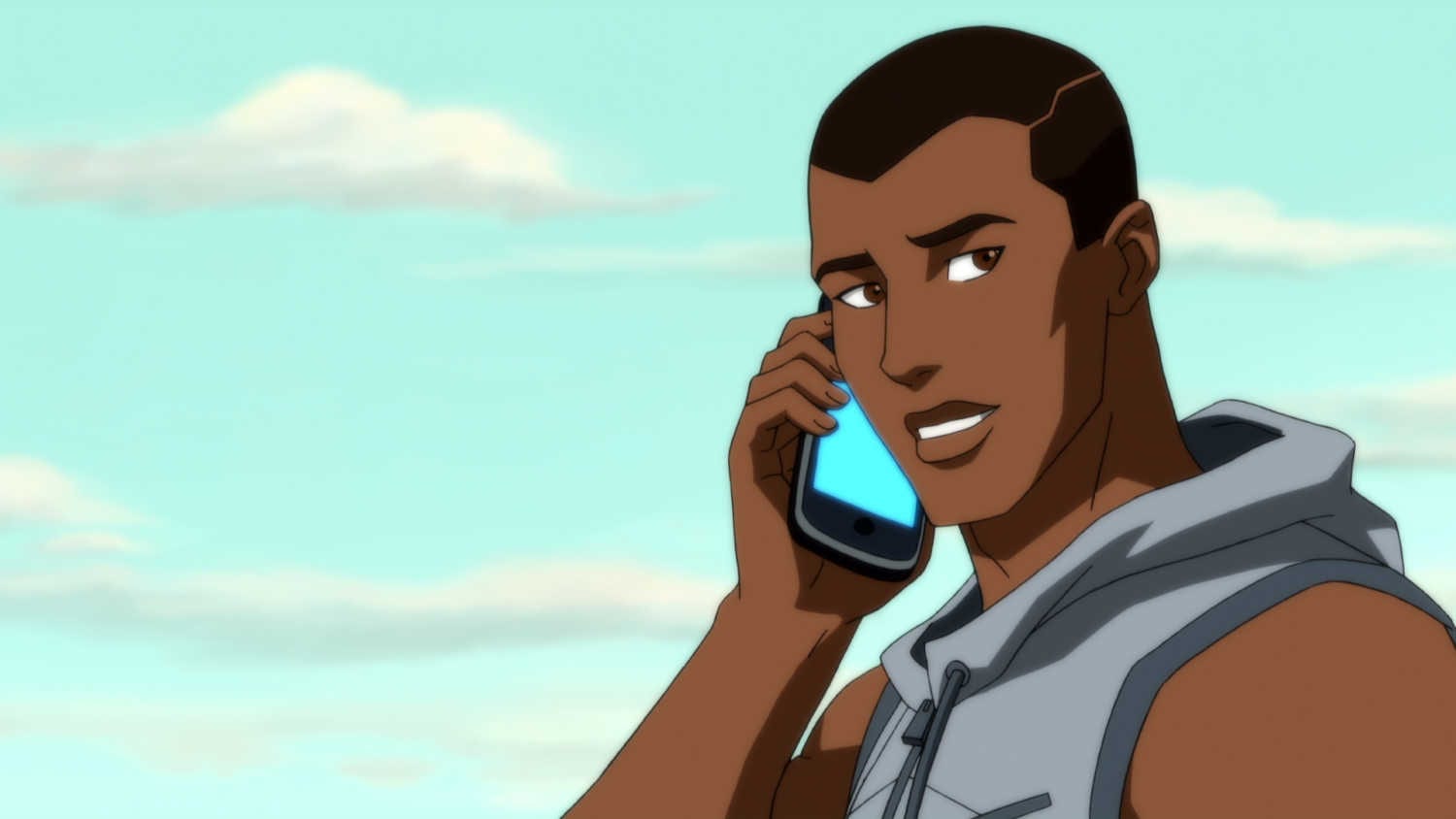 With all that said, as fragmented as the season can be, everything about the season works. It’s hard to criticize the season’s weaknesses, because its strengths are strong as heck. Young Justice: Outsiders still knows how to tell a solid story, on an episodic level. Each episode may not connect with the season, but they still pack a punch. The season didn’t need a Vandal Savage origin story, but his origin is told very well, and is a touching tribute to the late Miguel Ferrer.

It’s hard to pin down Young Justice: Outsiders. The metahuman trafficking storyline isn’t as concrete, but each episode works on an individual level. The Outsiders are cool new characters, but so many familiar characters are left by the wayside. The season is a mixed bag, but on a fundamental level, it’s a good season of television. Outsiders isn’t a total return to form, but it proves why the series deserved to be renewed. Hopefully it won’t be long before Young Justice returns, with a whole new story to tell.

Jon Barr is a writer, actor, and TV phanatic. Yeah, like the Philly Phanatic. Because Jon's from Philadelphia. Well, he lives in L.A. now, but, he WAS- you get it.

View all of Jon Barr's posts.