Yet another Millarworld series, in conjunction with Image Comics, Reborn, will be adapted by Netflix, this time starring Sandra Bullock and directed by Chris McKay.

The six-issue miniseries that captivated fans in 2017, from the creative team of Mark Millar and Greg Capullo, tells the story of where we go when we die. It’s not Heaven and it’s not Hell. It’s somewhere else. The main character, an 80-year-old Bonnie Black, dies and finds herself resurrected in the land of Adystria, a mystical land with dragons and monsters, alike. There, she finds all her loved ones, but her late husband, while caught up in a war of medieval proportions. 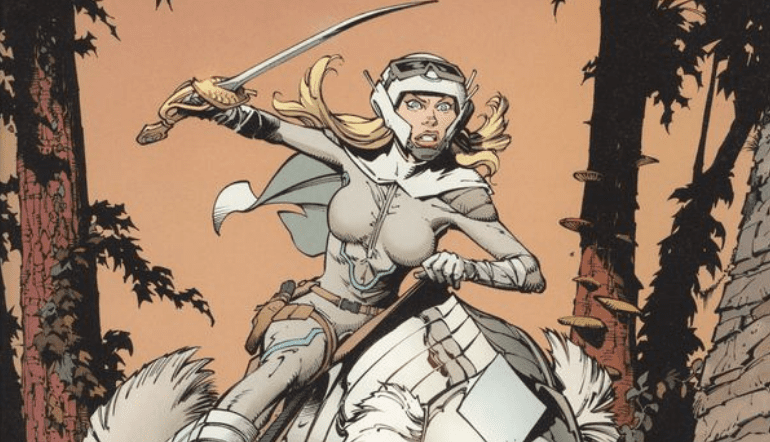 The news comes on the heels of Bullock’s success in the Netflix Original, Bird Box, which saw over 40 million people stream the film in just its first week. McKay’s most-recent project, The Lego Batman Movie, has also turned in an astounding $311 million, globally.

Miri Yoon (Death Note) and Roy Lee (IT) will both produce on the project, while the series creators, Millar and Capullo, will serve as executive producers.

No news yet as to whether this will be an animated film or a live-action adaptation and who will be joining Bullock on the cast, but click HERE for official release from The Hollywood Reporter, which broke the initial story.

As a refresher, Sharkey the Bounty Hunter, is also coming to Netflix. More on that HERE.

What do you think, is this going to be an epic adaptation? What other Millarworld series would you like to see become films or streaming series? Let us know in the comments section below.

Michael is a New England native and fluent in Italian. He graduated with a B.A. in Broadcast Journalism (RTVF) from Auburn University. He is a BIG fan of the Boston sports scene, X-Men and X-Force. He loves his black lab (named Yaz), pop culture, science, space and gaming. He's also a crossfitter, paddleboarder, and marathoner.

View all of Michael Stagno's posts.