Shazam! is out this weekend, and it’s full of Easter eggs and references for comic book fans. We’re breaking down some of the best ones we noticed on our first viewing.

First off, the hype around this movie is real. Shazam! is a fun, heartwarming superhero flick that gets its hooks into you right away and never lets go. Writer Henry Gayden and director David F. Sandberg do an excellent job focusing this story on the characters and their relationships, and it creates a direct line to the audience’s heart. This is a movie about people and family more than it is about heroes and villains, and that’s why it succeeds.

*Spoiler Warning: Most of these Easter eggs and references don’t spoil any major plot points from Shazam!, and we’ve omitted certain details that would give away too much, but obviously we’ll be discussing things that happen in the movie. So if you want to be completely surprised by everything the film throws at you, turn back now and come back after you’ve seen it. 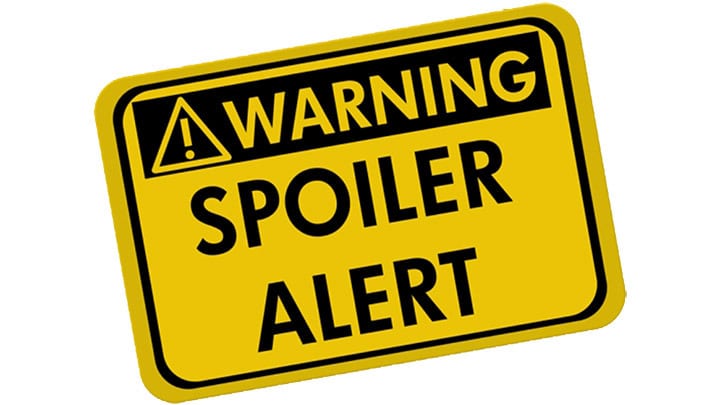 Now on with the Easter eggs! And we won’t be including ones that are super obvious, like Freddy’s superhero shirts or the constant references to other DC heroes, as those are less “Easter eggs” and more directly tied to the narrative. 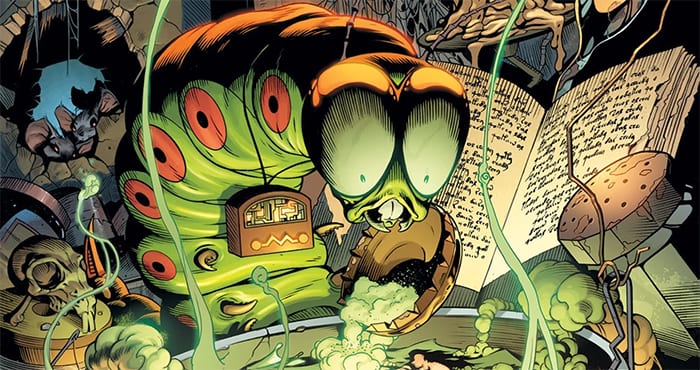 In the movie’s first scene, we’re brought to the Rock of Eternity, home of the wizard Shazam. There, we see a small worm being held. There’s no doubt that this worm is Mister Mind, one of Shazam’s oldest villains. A highly intelligent alien worm, Mind is more dangerous than he looks, and is leader of the Monster Society of Evil. When we return to the Rock later in the film, the worm is missing, leading to all sorts of opportunities for Mind and the Society in future films. 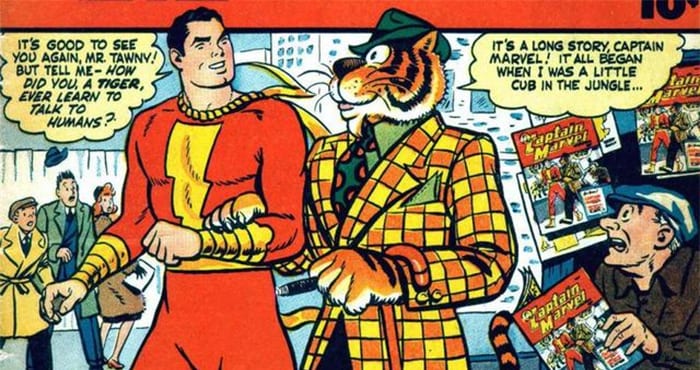 Tawny has been a major supporting character in Shazam! comics throughout the years. Different creators have had different takes on his character, but the main idea is that he’s an anthropomorphic talking tiger and ally to Billy Batson. While Tawny doesn’t make an appearance in Shazam!, Sandberg slips in a ton of tiger imagery throughout the movie. Billy wears a tiger patch on his backpack, and there are repeated references to a stuffed tiger prize at a local fair. Who knows if a talking tiger is too strange to put in a live-action film, but if the filmmakers truly want to commit to this fun, comic-accurate tone, then they should find a way to make Tawny fit in the sequel. 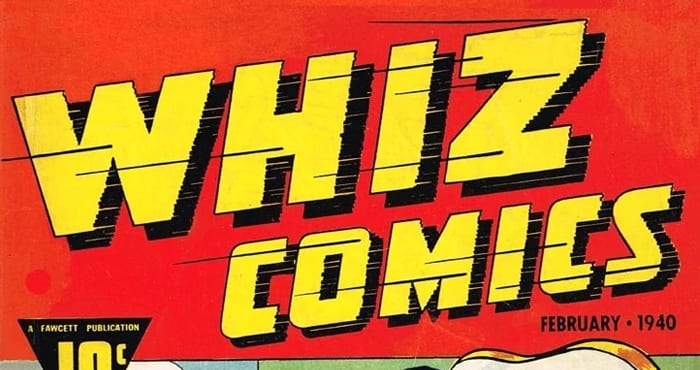 Shazam first appeared in Whiz Comics #2, published by Fawcett Comics in 1939. It wasn’t until 1972 that Fawcett sold the rights to the character to DC Comics. In the film, Billy and his foster siblings attend school at Fawcett Central, a nod to the original publisher. Then, late in the film, Shazam mockingly says “Gee whiz, mister,” to Doctor Sivana, which is most likely a reference to the original comic series. It also just sounds like something a character from the 40s would say. 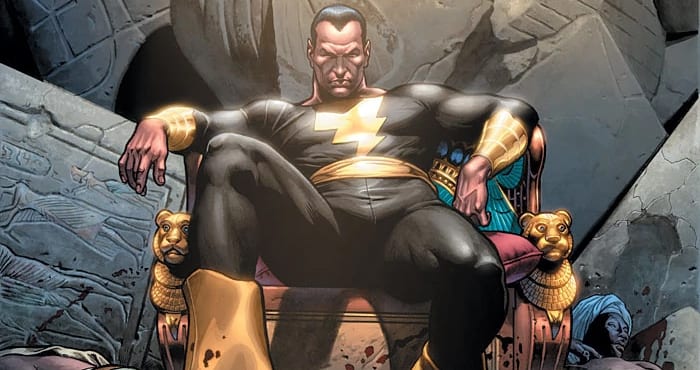 When the wizard speaks with Billy, he explains that his previous champion used his power for vengeance and many people died. This champion is Black Adam, Shazam’s arch-nemesis. A film version of Black Adam has been in the works for years, with Dwayne “The Rock” Johnson cast as the villain. With DC’s film universe in a kind of weird limbo state, it’s been unclear what the future holds for this character. But if Shazam! is as big a hit as it looks like it’s going to be, we’ll surely be seeing Adam in both a sequel and in his own film in no time. 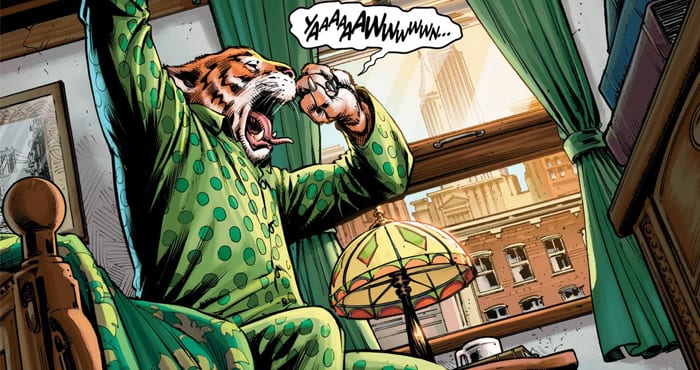 In Shazam!, the Rock of Eternity is home to many doors which lead to many different worlds. When one of these doors is opened, it reveals three alligators dressed in suits playing poker. This world could be The Wildlands, a place being introduced and explored in DC Comic’s current Shazam! series. The Wildlands is home to anthropomorphic animals, and in the most recent comic, it’s shown that the current incarnation of Tawky Tawny lives in this world. If the world we see in the movie is actually the Wildlands, this could be a seamless way to introduce Tawny to this universe. 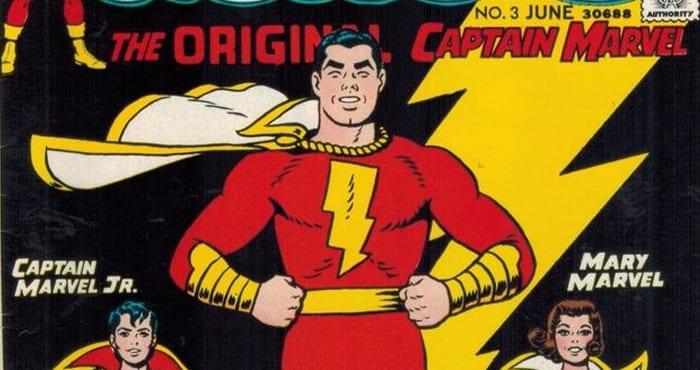 As you probably already know, the hero Shazam was originally named Captain Marvel in the comics. When DC started publishing this character in 1972, they did so under the title Shazam! due to trademark conflicts with Marvel Comics, who had their own Captain Marvel series. The character himself was still known as Captain Marvel until 2011 when he was officially renamed Shazam (much to fans’ dismay).

There’s no direct reference to the Captain Marvel title in the film, but Freddy does call Billy’s superhero alter ego “Captain Sparklefingers” a couple of times, which could be a subtle reference to the original Captain moniker. 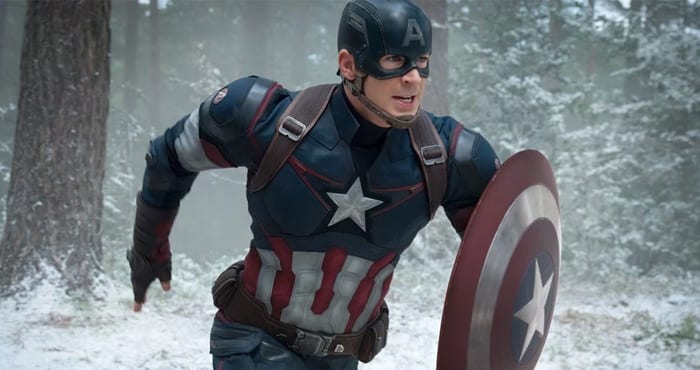 This one’s just for fun, but when Billy and Freddy are spitballing possible superhero names, one that pops up is ZAP-tain America, a clear nod to the Marvel superhero. It’s great to finally have a DC movie that doesn’t take itself too seriously and has a little fun like this.

Have you seen Shazam!? What Easter eggs or references did you notice that we didn’t mention here? Let us know in the comments!