Adopt a Highway is a new drama starring Ethan Hawke that is the directorial debut of Logan Marshall-Green. In the film, Hawke plays a recently-released ex-convict who finds an abandoned baby in a dumpster and is faced with an ethical dilemma. It made its debut at the 2019 SXSW Film Festival

The film’s story is definitely quite simple, but also very effective. Part of what makes the film so interesting is its message regarding the three strikes rule. The messages that the film has about forgiveness and second chances are very important in today’s society in which the ex-con stigma is still very much present.

One of the things that helps the film work is that the protagonist is so well-written. He is extremely compelling from the beginning because of the unfortunate situation in which he finds himself, but his actions in the first act of the film make him even more sympathetic. It is in the second act when he actually begins to experience his main arc, and it is far more compelling than you would expect.

The film has quite a bit of humor that helps to make it enjoyable. From the premise, it seems like this is going to be a dark and depressing film about a desperate man who discovers a dumpster baby. Instead, it’s part fish-out-of-water comedy and part road movie. It’s about an older person who is trying to get acclimated into modern society. Sure, there’s some sadness in the reason why the protagonist finds himself in the situation, but the film doesn’t dwell on that too much. 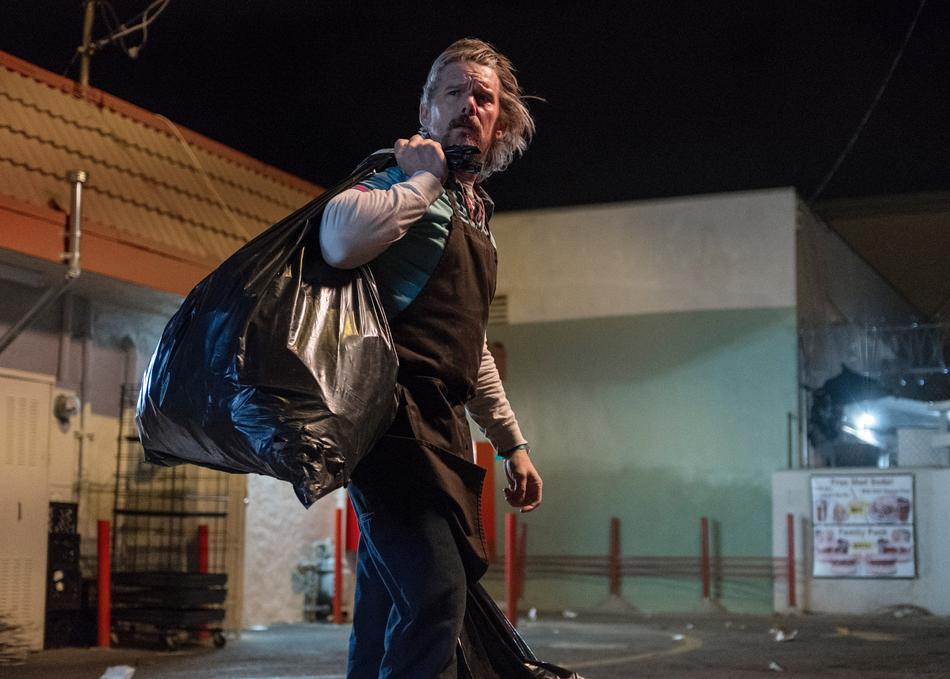 There is also a lot of heart in the film. With the subject matter, you would almost expect that this film would have a bleaker outlook on life than it does. The focus on this film is on the protagonist’s redemption arc and showing how he has grown. Had the character simply been complaining about his situation, the movie wouldn’t have been nearly as emotional. The fact that he is actively trying to be a better person is what makes it so resonant.

This film is absolutely a starring vehicle for Ethan Hawke, and he is one of the most talented actors of our generation. He gives a phenomenal performance in the lead role, bringing tons of depth and emotion to the character. One of the things that really makes this performance stand out is that it is so refreshingly subtle. Hawke is the master of nuance, and the film really benefits from his talent.

On a technical level, the film is surprisingly strong. Marshall-Green’s debut doesn’t suffer from the same issues that plague the work of most actor-turned-directors. Because the runtime was so short, it doesn’t have enough time to be overly indulgent, and he doesn’t sacrifice the story for the performances or artistry. It isn’t perfect, but it is a hell of a lot less pretentious than some other debuts.

Overall, Adopt a Highway was a pretty solid film. Although it is pretty straightforward, it is enjoyable, touching, and features a great performance from Ethan Hawke. Hopefully Logan Marshall-Green will continue to direct great films.

Adopt a Highway is now playing at the 2019 SXSW Film Festival.