SXSW 2019 – Review: EXTRA ORDINARY Doesn’t Go Above And Beyond

Extra Ordinary is a new horror-comedy film directed by Mike Ahern and Enda Loghman. The movie tells follows a psychic that is the daughter of a deceased television ghost hunter as she is recruited by a man to help exorcise his daughter. It made its debut at the 2019 SXSW Film Festival.

One of the biggest issues with the film is that its story is so infuriatingly dumb. It wants to be more than it actually is, ultimately feeling less like an homage and more of a rip-off of the greats of the genre. The plot is rather basic, but somehow the mythology becomes extremely convoluted as they attempt to over-explain what is happening.

Another issue with the movie is that the characters just aren’t well-developed. The protagonist of the film and her love interest are both very archetypal. The romance between them simply isn’t compelling at all. The only interesting character is the antagonist. The character may not be the most well-developed, but he is at least fun to watch.

The movie also fails in terms of humor. The film just isn’t that funny. There is one visual gag in the beginning that is funny, a joke in the end that is silly but gets a laugh, and the antagonist gets a handful of amusing scenes. Had the movie’s humor landed more consistently, the film as a whole would have been much better. 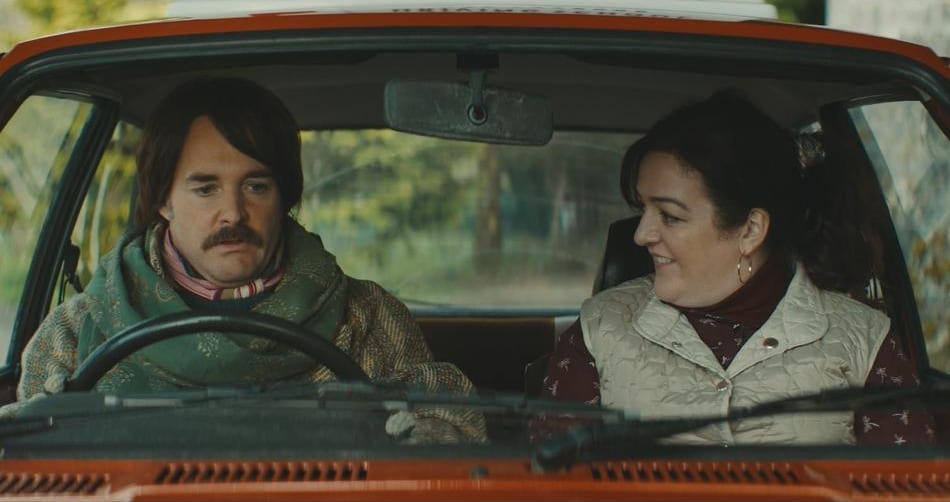 Because the movie is lacking in humor, it would have had to make up for this deficiency in other areas, whether scares, emotion, or super quick pacing. The film has none of those three things. Even though it clocks in at just over an hour and a half long, it feels much longer because there really isn’t anything to enjoy about it.

The movie’s biggest strength is in its acting. Surprisingly, even though the characters are pretty annoying, the actors all do a solid job of being charismatic. Maeve Higgins is relatively compelling as the lead of the film. She is obviously very talented, so it will be interesting to see what she can do with a better script. Will Forte is hilarious as the antagonist too.

In technical terms, the movie was relatively weak. The film has sequences that are done in a mockumentary style, and those are the best parts. Had the movie stuck with that consistently, it would have benefitted as a whole. When the film switches into its standard format, it looks relatively bad and the CGI is absolutely terrible.

Overall, Extra Ordinary was a very disappointing movie. Despite strong attempts by the cast, the film has a mediocre script and lackluster execution that makes it hard to watch.

Extra Ordinary is now playing at the 2019 SXSW Film Festival.