SXSW 2019 – Review: FOR SAMA Is A Difficult But Meaningful Watch

For Sama is a new documentary film directed by Waad Al-Kateab and Edward Watts. The movie is a video memoir of sorts; telling Al-Kateab’s story during the Syrian Civil War for the benefit of her infant daughter, Sama, when she grows up. It debuted at the 2019 SXSW Film Festival where it won both the Grand Jury and Audience Awards in the Documentary Competition.

The fact that the film features Al-Kateab telling her own story in a narrative format is extremely intriguing and makes the movie all the more interesting. Her accomplishments are awe-inspiring on their own, but the way in which she describes them makes them thoroughly captivating. You want to listen to her telling her story because she is giving a personal, firsthand account of some of the most fascinating events to happen in world politics this century.

The story of the film is definitely very interesting, especially if you in any way follow global events. The perspective which Al-Kateab has is extremely unique because she is a female insider journalist. If you don’t know, the freedom of press in Syria is very restricted, especially when compared to the absolute freedom journalists have in the United States. For Al-Kateab to have filmed and told this story was a huge risk on top of the risk associated with running a hospital to help victims of the regime.

Both of the main subjects of the movie are extremely compelling. Al-Kateab and her husband are very heroic people who have went above and beyond the call of duty to help their people, their country, and the world. Their accomplishments in starting an underground hospital are truly awe-inspiring and deserve the recognition that this film will hopefully bring to them. The movie also emphasizes their humanity by discussing their love for each other and their daughter. This gives the film more even more emotional resonance and will leave many in the audience running for tissues. 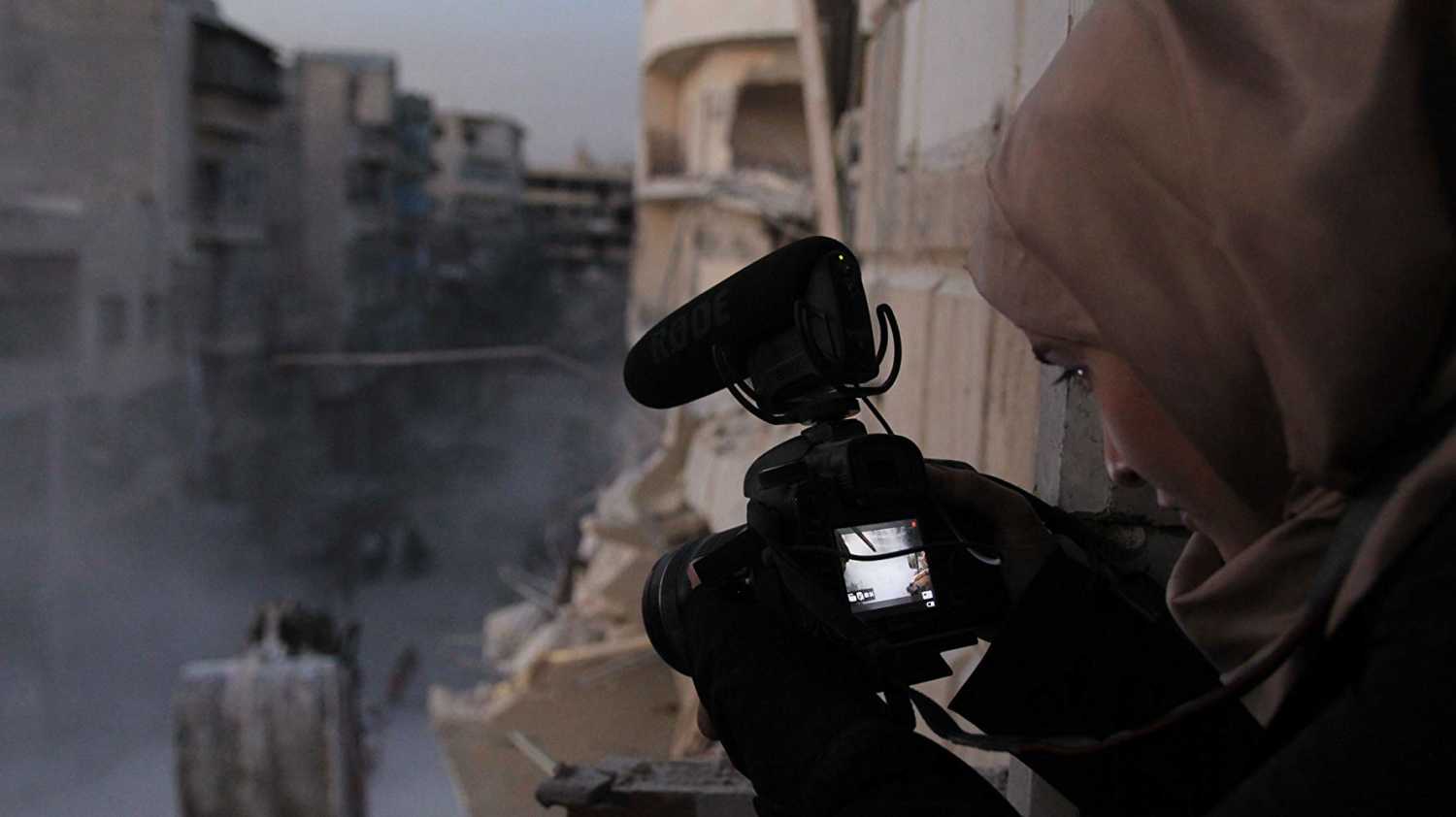 The movie didn’t really have to worry too much about pacing because the story is s captivating. The only thing wrong with the pacing is that the film does become a bit derivative for about ten minutes in the middle of the movie as it begins to emphasize the violent nature of the war. Otherwise, the film does a good job of balancing the emotional and intense moments, creating an exciting documentary that, while hard to watch, is definitely very rewarding.

One of the aspects in which the movie is most effective is showcasing the horror of war. This is what makes the film a difficult watch that isn’t for those who are faint of heart or can’t handle the intensity of the truth. The movie features actual footage of some of the victims of the war, and many of them are bloody and horrifying. The film does not hold back on the truth at all, showing the reality of what happened to anyone who cares enough to watch. There is one particularly horrifying scene involving the birth of a baby which you will never be able to unsee.

In technical terms, the movie is extremely strong. The editing of the film is very effective, designed to create the most emotionally impactful story possible. The cinematography is surprisingly great too, given the fact that much of it was shot in the heat of the moment in a way that had to be very covert. It is nice that the movie uses only actual footage from the event and Al-Kateab’s narration, as inclusion of interviews or any more flashy form of storytelling would have defeated the personal nature of the film.

Overall, For Sama was a very interesting and well-made documentary. Although it is difficult to watch, it is something that people need to see and it os very deserving of its awards.

For Sama debuted at the 2019 SXSW Film Festival. It airs on PBS Frontline later this year after a theatrical release.