Good Boys is a new raunchy comedy film starring Jacob Tremblay (Room, The Predator) and produced by Seth Rogen and Evan Goldberg. The movie follows three best friends in sixth grade who set out on an epic journey so that they can attend a “kissing party” at which one of the three boys may get the chance to kiss his crush. It made its debut at the 2019 SXSW Film Festival.

The story of the film isn’t that of your typical coming-of-age movie. Instead, the film follows the quest archetype more closely, as their trials and tribulations and internal growth are driven heavily by a material goal. Although the movie does still hit quite a few of the same emotional beats, it doesn’t feel like it adheres as closely to the formula, and as a result, is much more original and refreshing than many films that come out in the genre today.

One of the things that helps the story work so well is that the characters are so sympathetic. All of us have been in middle school at one point or another, and although the depiction of middle school life is definitely over-the-top, there are aspects of the characters’ story that are true to life with which people will be easily able to connect. Furthermore, the relationship between the characters is highly compelling and one of the more effective factors driving the movie’s enjoyability. 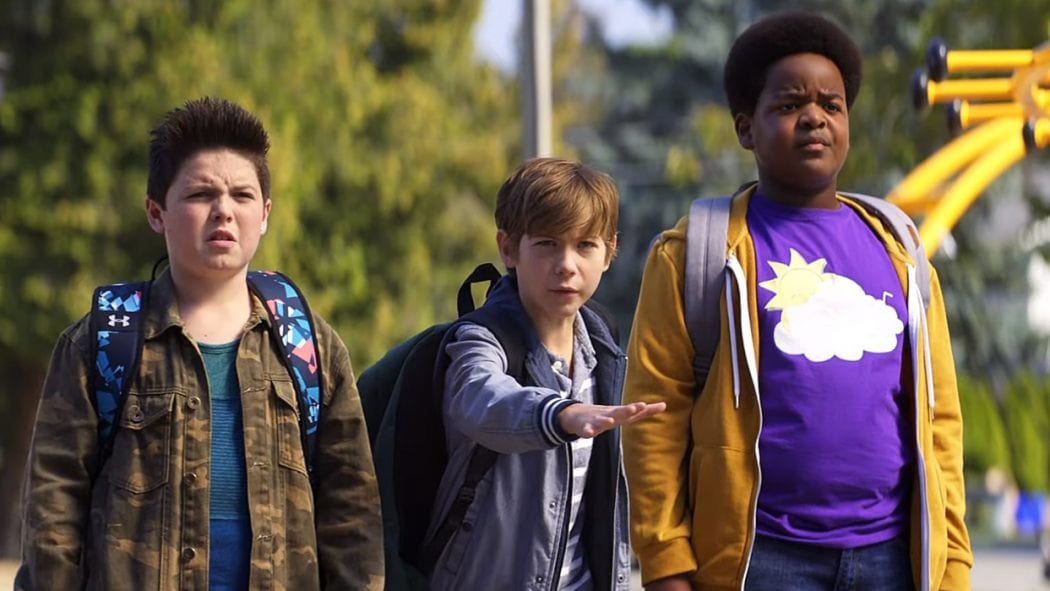 On an emotional level, the film does have some weak spots, but becomes extremely resonant towards the end. The emotional arc of the movie is definitely very straightforward and does have some moments that feel contrived. However, the way in which the film ends is very honest and is one of those parts that feels the most realistic. The ending is a surprisingly satisfying conclusion to the story.

The movie also succeeds in terms of humor. The trailer made it seem like an unfunny, one-note comedy, but it presents the gags out-of-context. Those same gags are hilarious when you see them in the actual film. The physical comedy, especially the scene in which the boys cross the interstate, is made hilarious by the context in which they are placed. There is quite a bit of repetition in the raunchier jokes, but they are consistently funny nonetheless because the delivery is so spot-on.

The hilarious performances are the main reason why the movie is so compelling. With three different leads, the film still would have been funny, but it may not have had the same charm to it as it does with Tremblay, Keith L. Williams, and Brady Noon heading the movie. They all look like they are having a tremendous amount of fun despite the fact that they (according to a post-film Q&A) didn’t understand much of what they were doing and using in the movie. The supporting cast is strong too, with great bit parts from Molly Gordon, Will Forte, and Lil Rel Howery.

On a technical level, the film is solid, but nothing revolutionary. The cinematography is straightforward, but effective, especially during the more action-oriented scenes like chases and the highway crossing. The editing style is super energetic, with some editing techniques being used for laughs quite well. Additionally, the use of music is quite enjoyable and gets some laughs too.

Overall, Good Boys was a hilarious comedy that, despite some flaws, is compelling and enjoyable. This is one you should be looking forward to when it comes out in theaters this summer.

Good Boys debuted at the 2019 SXSW Film Festival. It opens in theaters on August 16.