I’m Just F*cking with You is the seventh feature-length entry in Hulu’s Into the Dark, which is comprised of horror films inspired by holidays each month. Being the April entry, this is inspired by April Fool’s Day. In the movie, a man and his sister are led into a series of increasingly disturbing practical jokes by the operator of a run-down motel. It made its debut at the 2019 SXSW Film Festival.

The concept behind this film is definitely very interesting. It had a lot of potential to turn into something exciting and crazy like Saw, but unfortunately, the movie does not deliver. The film simply takes too long to get going, and once it does, it becomes somewhat enjoyable only to become ridiculous yet again.

The characters are definitely very interesting and perhaps the best part of the movie. The antagonist of the film is quite fun to watch, although he isn’t fully developed or believable with his motivations being left largely unexplained. The two other lead characters, the siblings, start out seeming like they are going to be annoying, but become much more interesting as the movie continues.

Quite a few attempts at humor are made over the course of the film, but few of them end up being truly funny. The funniest moments all come early on, during the setup, rather than during the main bulk of the movie. It is obvious that the film is trying to have dark and demented humor (fitting due to the holiday by which the movie was inspired), but it doesn’t work. 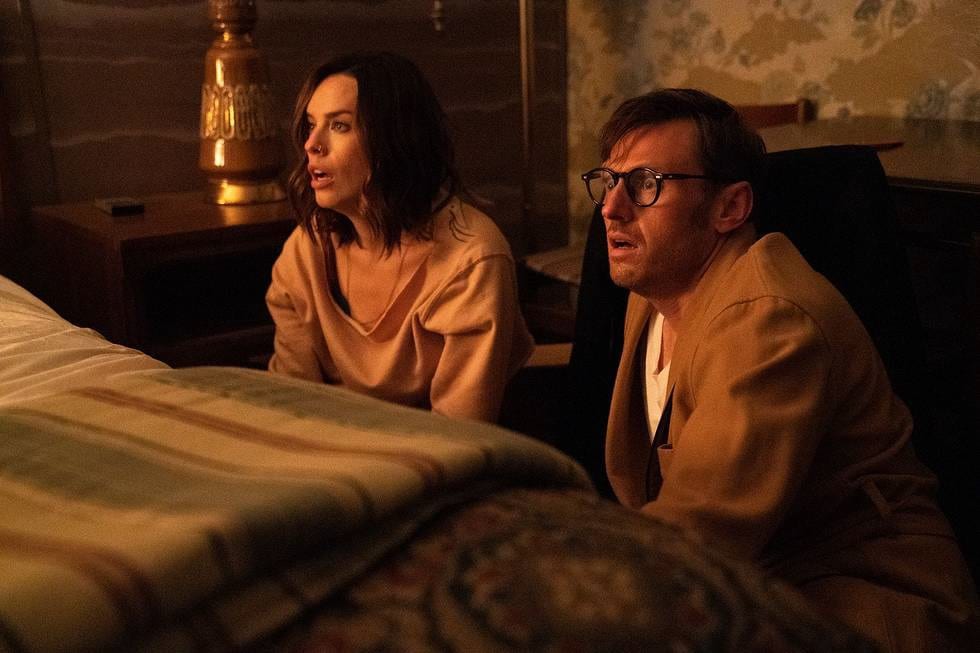 That being said, the film does work as a thriller to some extent. Although the beginning moves by very slowly and the ed feels rushed, the middle hits that sweet spot where it is both enjoyable and exhilarating to watch, if only for a couple minutes. The scene at the pool set to the song “Dancing in the Moonlight” is certainly the best in the movie.

The film’s actors also do a good job with their characters despite a lackluster script. Hayes MacArthur plays the protagonist and is gleefully hammy, absolutely nailing the qualities of the character that make the movie enjoyable to watch. Jessica McNamee and Hayes MacArthur have great chemistry together, making the characters far more sympathetic.

On a technical level, the film is definitely very rough. The fact that it has such a high level of energy is admirable, but annoying nonetheless. The editing style of the movie is so ridiculously chaotic that it is hard to keep your eyes on the screen. There is just too much going on. The best way to describe it is the energetic cuts of Assassination Nation, but turned up to eleven. It’s overwhelming.

Overall, I’m Just F*cking with You was an underwhelming film. Despite a potentially great premise and solid performances, the movie is simply as annoying as a practical joke on April 1.

I’m Just F*cking with You is now playing at the 2019 SXSW Film Festival. It debuts on Hulu on April 1.