Stuber is a new action-comedy film directed by Michael Dowse and starring the duo of Kumail Nanjiani and Dave Bautista. The movie features Nanjiani as an Uber driver who picks up a cop played by Bautista, who forces them to go on a wild night in pursuit of a drug kingpin. It debuted as a work-in-progress at the 2019 SXSW Film Festival.

If you can’t tell already, this film is just one big long commercial for Uber. The title is a pun coming from the protagonist’s name, Stu, and his occupation as an Uber driver. So many “jokes” in the movie involve unabashed product placement for the app in a way that isn’t even funny. For example, there is one scene in which Nanjiani’s driver explains UberPool to Bautista’s cop, saying that it is a very cost-effective way of getting around. These jokes are present throughout, and are one of the most frustrating things about the film.

Even more frustrating, though, is that the movie just isn’t funny as a whole. Nanjiani and Bautista are both very funny on their own, so any film featuring the both of them must be hilarious, right? No. The movie repeats the same three or four gags over and over again for what seems to be forever. For example, Bautista’s character kept calling Nanjiani’s character Steve for no good reason. Some jokes are blatantly racist in a way that does not seem to be for satire. One of the most frustrating gags of the film is that Bautista’s character squints the whole movie because he recently had eye surgery. Yes, it does go in the direction you are thinking.

As for the story, the film is a pretty typical buddy cop action comedy. You can map out every beat of the movie with ease from the beginning. The film isn’t even able to add anything interesting in terms of subplots, with Nanjiani’s character being given a useless romantic subplot and Bautista’s character having an underdeveloped fatherhood storyline. The movie is simply straightforward and by-the-book in a way that isn’t interesting or enjoyable to watch. 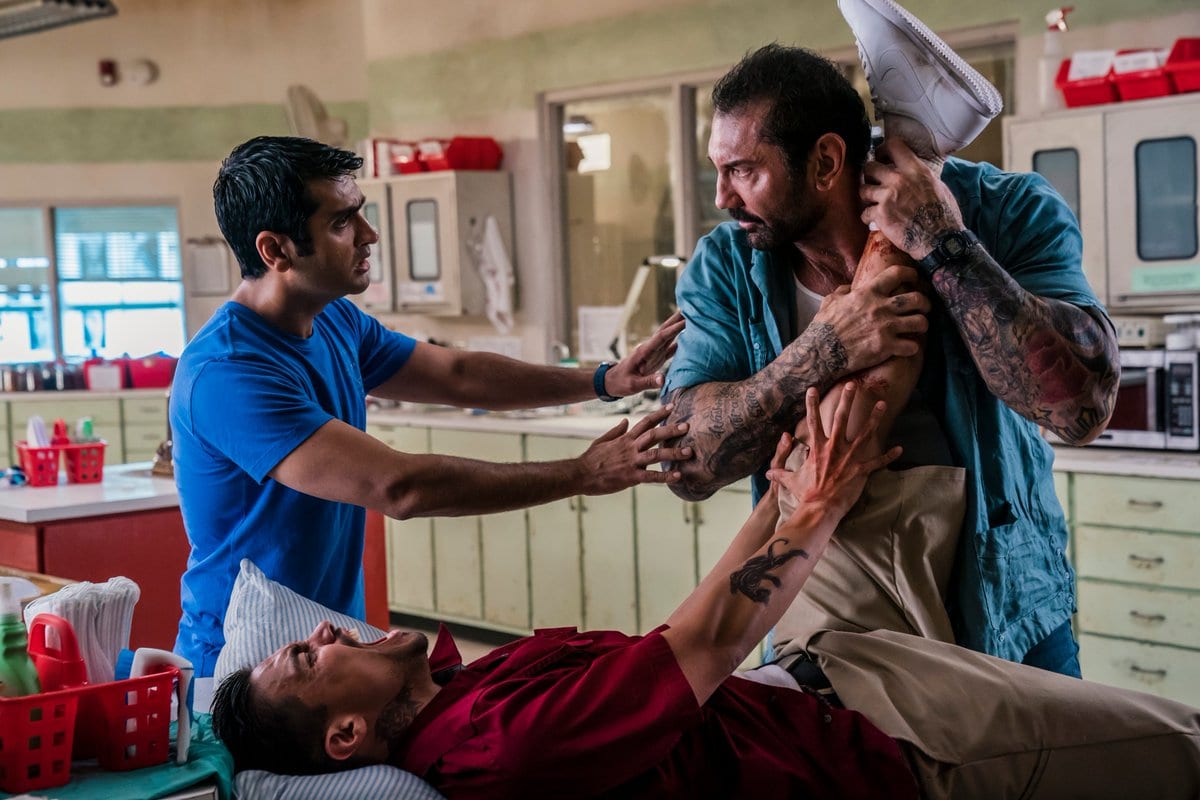 Also disappointing is the film’s lack of character development. Both of the two leads are extremely archetypal, and that is a huge disappointment given both actors’ penchant for nuanced comedic characters. Nanjiani’s character is the typical lovable goof who has to find courage and his place in the world, while Bautista plays the tough guy who must grow a heart. As for the antagonist, he is a generic Asian drug kingpin.

The action in the movie is surprisingly boring. There are a handful of shots that are truly exciting, but the film is far too gun-heavy for its own good. This is especially frustrating given the involvement of Iko Uwais, one of the leading martial artists working right now. Had there been more martial arts flair thrown into the action scenes, the movie definitely would have been more interesting as a whole. As is, the talents of Uwais are wasted.

The best part of the film is undeniably the chemistry between Nanjiani and Bautista. The two of them are a great comedic duo that, given a better script, would absolutely light up the screen. Hands down, the biggest reason that this movie is disappointing is that this potential is wasted. Also hugely disappointing is the film’s waste of Karan Gillan and Iko Uwais. Neither of those extremely talented actors is given enough time to shine.

It’s a bit difficult to evaluate this movie on technical terms because it was presented as a work-in-progress, so there will (hopefully) be some more polish added. For the most part, the film doesn’t look bad, with most of the cinematography being solid. The scene in the veterinarian’s office is the best-shot in the movie. As for the editing, it was rough at times, but that can be fixed easily.

Overall, Stuber was a largely disappointing film. It really needed to be reworked from the ground up because it is simply not that interesting, but being that it is supposedly only a few days away from picture lock, the chances of significant improvements are slim.

Stuber debuted at the 2019 SXSW Film Festival. It hits theaters on July 12.