SXSW 2019 – Review: THE ART OF SELF-DEFENSE Is A Hilarious Homage To Martial Arts Movies

The Art of Self-Defense is a new comedy film written and directed by Riley Stearns and starring Jesse Eisenberg, Alessandro Nivola, and Imogen Poots. The movie tells the story of a man who, after being violently attacked, enrolls in a karate class taught by a mysterious sensei. It made its debut at the 2019 SXSW Film Festival.

The story of this film is one of the craziest and wackiest things to come out in a long time. It is a loving homage to classic martial arts movies, but with strong messages about masculinity and guns. This is an absolutely brilliant satire that is both hilarious and thought-provoking. That being said, it is definitely weird and not for everyone. It can almost be described as if Yorgos Lanthimos and Wes Anderson teamed up to remake Kill Bill.

A significant majority of the humor comes from the wittiness of the dialogue. The dialogue is purposefully very flat and emotionless in order to mimic and pay homage to the classic martial arts movies by which this film is so obviously inspired. There is also an inherent goofiness to the premise of a grown man taking karate classes because he is jumped by a motorcycle gang. The premise only gets wackier and more hilarious from there.

In the latter half of the movie, it does begin to get crazy in a way that is not only hilarious, but also extremely intense. The second half of the movie becomes quite dark, and although the tone shift is quite drastic, it is still super effective. By this time, you will have written the film off or be fully absorbed into the movie and its weirdness, so you will easily accept the oddity. 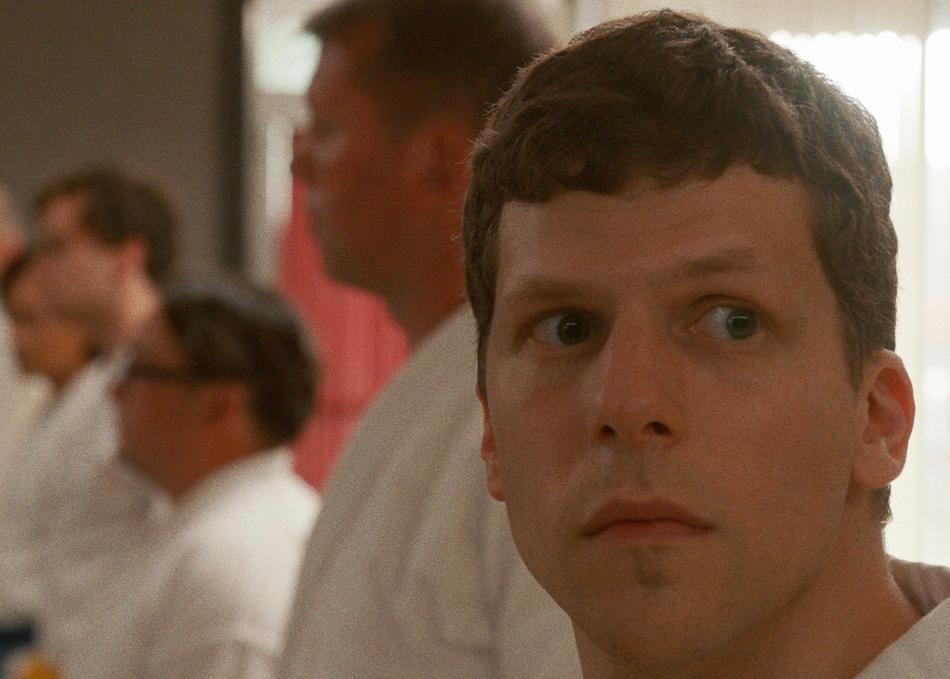 The characters in the film are also extremely well-written. The protagonist is compelling and well-rounded. From the beginning of the movie, he is super sympathetic and becomes even more so over the course of his arc. The character of the sensei is also very interesting as a result of the ambiguity with which he was written. However, the character Anna is underdeveloped and not given nearly enough of an arc. The film would have benefitted as a whole if she had been given more to do.

The actors all do a really good job in their roles. Jesse Eisenberg is playing to type — a deadpan and awkward character — but he is excellent nonetheless. In fact, this likely ranks among Eisenberg’s best work in years, his performance being both absolutely hilarious and surprisingly compelling. That being said, Alessandro Nivola absolutely steals the show, delivering one of the most fun performances of any movie playing at SXSW this year.

In technical terms, the film was also quite strong. The cinematography and score do a great job of creating the retro feel that the movie so obviously wants to create. The digital feel of the film is a bit obvious at times, but it is rarely distracting, as the great overall look and feel of the movie go a long way to immerse you in the film’s world.

Overall, The Art of Self-Defense was a phenomenal quirky comedy. It definitely has a weird story, but if you are a fan of the genre, this is one you absolutely won’t want to miss.

The Art of Self-Defense is now playing at the 2019 SXSW Film Festival. It hits theaters on June 21.