The Road To AVENGERS: ENDGAME – “Oh Captain, My Captain!”

Just one month to go until the “Infinity Saga” comes to an end and Avengers: Endgame answers a million questions. But one question lingers: where did we come from and how did we arrive at the titular “endgame?”

So, let’s take a walk back across the times and see just how we have arrived to the fallout of “The Snap.”

With this movie and connections to other movies, spoilers do lie ahead!

The world is at war, in more ways than just World War II. With the backdrop of the 1940’s, we’ve already seen small hints of this period having some role in Avengers: Endgame.

Though The First Avenger is the fifth released movie in the Marvel Cinematic Universe, the movies arc is first in continuity, and introduces us to our first Captain, Steve Rogers.

Starting with a small town in Norway, we see an ominous man take possession of a glowing item.

HYDRA, though wildly unknown at this point, brings forward Johann Schmidt. A leader of a sub-group of the Nazi regime with ancient and otherworldly ties, determined to take over the world. His car is adorned with a skull-headed serpent, revealing the evil intentions emboldened by a terrifying logo.

Along with Schmidt, Arnim Zola is in the fold of things, contributing to the research of the Nazis. Zola’s research leads to some world-changing discoveries and technologies, and his eventual capture sets the stage for HYDRA’s hiding and eventual reemergence in the far future.

Connection #2: The Tesseract and Space Stone

Within the confines of a small church in that Norwegian town, Schmidt soon becomes the possessor of a mysterious glowing object. In keeping with the vagueness we have seen so far, the glowing is the only thing revealed.

It’s power is mystified, largely unknown. Housed in a clear cube with a vibrant blue center, Schmidt is mesmerized by its look. He leaves the church, ready to tap in to its power and unlock the deep secrets within. 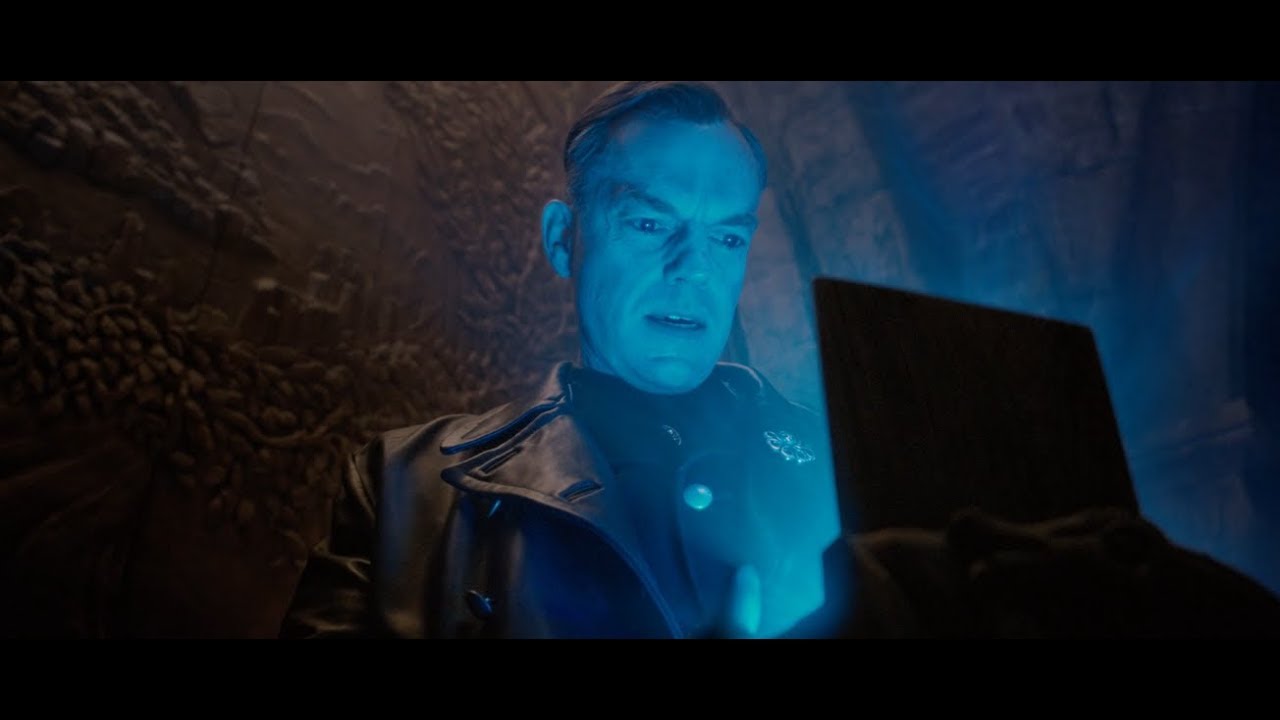 At first, we see the Tesseract used for the purposes of making weapons, clearly for mass production and war winning efforts. Through the wild, unstable nature of the Tesseract, we get a glimpse at the first massive amount of power early on, generating larger surges of power in the midst of the weapons developments.

Thanos obtains the Tesseract aboard the ship carrying Asgard’s survivors, only to shatter the cube to reveal the Space Stone, adding to the Infinity Gauntlet.

Founded by Franklin D. Roosevelt only a few years prior to the events of The First Avenger, the S.S.R. was FDR’s rebuttal to the growing interest of the Nazis interest in scientific warfare.

The Strategic Homeland Intervention, Enforcement and Logistics Division (S.H.I.E.L.D.) would soon after take the reins of the S.S.R., setting the stage for events way into the future, with pit-stops along the way.

With Steve Rogers in tow, the plan is in place and his future is set.

A sickly looking Rogers is desperate to join the fight, trying five times to enlist. Sparking the interest of Dr. Abraham Erskine, who invites him to join him, Colonel Chester Phillips and Peggy Carter in the Strategic Scientific Reserve (S.S.R.).

Under the new name “Project Rebirth,” Erskine develops a highly classified formula designed to enhance the skills of the regular human being as a counter measure to anything that the Nazi’s were cooking up.

After Erskine asks Steve “Do you want to kill Nazis?,” it’s remarkable to hear Steve reply with “I don’t want to kill anyone. I don’t like bullies, it doesn’t matter where they come from.” You clearly see this mantra stick with him throughout the rest of the series. Thanos might be the biggest bully they’ve faced to date, and Steve does it with a burning passion. 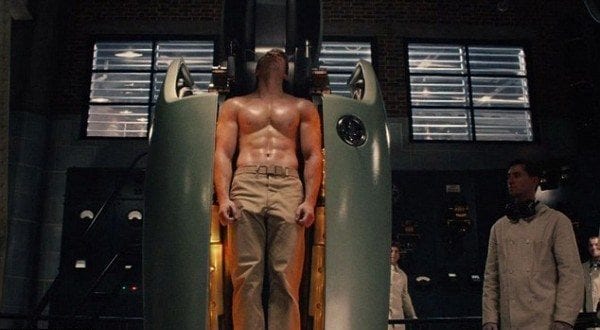 (Writer’s note: He does first reply with “Is this a test?” a small running joke throughout the first parts of the movie prior to his transformation.)

Seemingly, the project itself would live and die with Rogers, as Erskine would be shot and killed by Heinz Kruger, and the only remaining vial of serum was stolen and broken in the chase after the shooting.

In the years following, Howard Stark attempted and was able to recreate the serum, only for it to be stolen by Winter Soldier in 1991 (which we learn about in Captain America: Civil War).

Additionally, this ties into the events preceding The Incredible Hulk when General Ross makes a mention of the efforts to create a super soldier, under the name “Weapons Plus,” leading to Bruce Banner’s accident and the emergence of the green giant himself.

Of course, everyone knows the relevance that Bucky plays in the entire MCU. He’s gone from being a member of the military and a prisoner of war, to being (kind of) an Avenger and a prisoner of his own mind. Marvel seems heavily invested in Bucky as things move forward post-Endgame.

His emergence at the end of Infinity War shows promise of a repaired man, until his eventual dusting. Throughout his and Steve’s relationship, it always seems like he is at the mercy of Steve’s rescue. From here, it’s interesting as to how his return in Avengers: Endgame plays out and if the role will continue on.

What’s next for Bucky? Does his return mark the beginning of any White Wolf story lines?

Connection #6: Red Skull and the power of the Tesseract

As The First Avenger moves along, we are led to a reveal.

In the events of Captain America’s attack on Schmidt and the HYDRA base, a fight along the scaffolding removes a portion of Schmidt’s face. A hint of red underlines his right eye, leading him to remove the mask and reveals the Red Skull as he boards an elevator to escape.

However, it’s the ending of the movie that, at the time, created the biggest stir that continued on until we received an answer in Infinity War. Picked up by Red Skull on the plane, a door to a cosmic sky opens, flashes of light consume Red Skull and a beam of light lifts him out of the plane and into the abyss.

Finally, we get our answer on Red Skull, having transported to Vormir as the stone keeper for the Soul Stone in Infinity War. Though no mention that Red Skull returns in Avengers: Endgame, it’s a mystery if the Avengers make a trip to Vormir.

Lastly, outside of the post-credit scenes, where Cap obviously awakes in 2012 New York City and another glimpse of Nick Fury kick-starting the “Avengers Initiative,” the key parts to the movie are as follows.