The Road To AVENGERS: ENDGAME – “I Am Iron Man”

Oh, Iron Man. How could anyone forget the movie that started this whole phenomenon? Robert Downey Jr. dons the iron (well….”titanium-gold alloy”) suit for the first time and starts the long journey into becoming the forefront of the Avengers. With Captain America and Captain Marvels stories already in the mix, our part three begins in an Afghan cave.

When we first meet Tony, he is a stark (pun intended) difference to the man we last saw stranded on Titan just about a year ago.

He is an impulsive, aloof, eccentric billionaire without a care in the world. His mindset isn’t “how can I continue to protect the world?” but instead, “what and where can I have a drink and who can I bed tonight?”

Stark Industries is the war monger of the world, selling weapons systems to the U.S. government and unknowingly under the table to the other side.

But his world changes in an instant, a roadside bomb in the Afghan desert, and kidnapping by the Ten Rings, take us to a remote cave. His life hangs in the balance, shards of the bomb threaten his heart. The only thing that separates him and death is an old car battery strapped to a magnet. 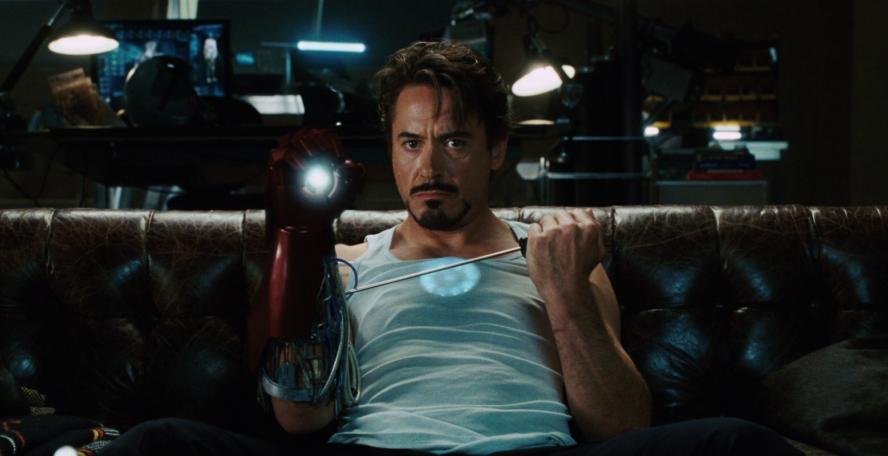 Now, we know the events to follow. He, along with the help of Yinsen, build the Mark I suit using the weapons held by the Ten Rings. His escape leads to our first evolution of the Tony Stark we come to know.

After this, he shuts down the weapons division of Stark Enterprises, builds his new Mark II and Mark III armors, and here we are. His battle with Obadiah Stane marks a new course in Tony’s life, heading down the hero road.

Since then, it’s been 11 years, dozens of iterations of the suit, but only one Tony Stark as we head to Avengers: Endgame. When we last see Tony, he’s stranded in Space after the events on Titan, watched Peter fade away in his hands and is now isolated with Nebula, searching for a way home.

Ah, Miss Potts. Tony’s eventual love interest, but current assistant who is seemingly the only person capable of handling the wild life that Tony lives. And boy does she have her work cut out for her.

Throughout the movie, the chemistry begins to build between them

As it stands, we don’t know officially what’s happened to Pepper. Although, if the posters and small appearance in the trailer released for Avengers: Endgame hold true, it seems that she survived the snap.

A little different than the Don Cheadle version from the last 10 years and five films he has appeared in since. The Terrance Howard led version of Rhodey is the grounded version, yet to become the famous War Machine and one of the few snap surviving Avengers. He is still the Colonel in the U.S. Air Force, and a close confidant of Tony, though currently separated.

Tony’s version of Amazon Alexa, J.A.R.V.I.S. is his personal assistant outside of Pepper. Though J.A.R.V.I.S. will eventually take on a bigger role, soon being the A.I. implemented into Vision during the events of Avengers: Age of Ultron.

As such, J.A.R.V.I.S. is simply just a robotic voice at this point, adding some comic relief and acting as a second brain to Tony.

Rather brief, but good old Coulson pops up again right as Tony arrives back to America following being held hostage.

While working under the “Strategic Homeland Intervention, Enforcement and Logistics Division,” he is working diligently to sit down with Tony. Clearly, the motives are to discuss the future of the Avengers Initiative. Tony just doesn’t know it yet.

With these rather brief appearances dotted throughout the movie, Phil begins to set the frame of a much larger picture.

Iron Man’s post credit scenes lead us to Tony Stark meeting Nick Fury for the first time, opening us up to his introduction to the Avenger Initiative.